How an Art Lover Curates Her Dream Office 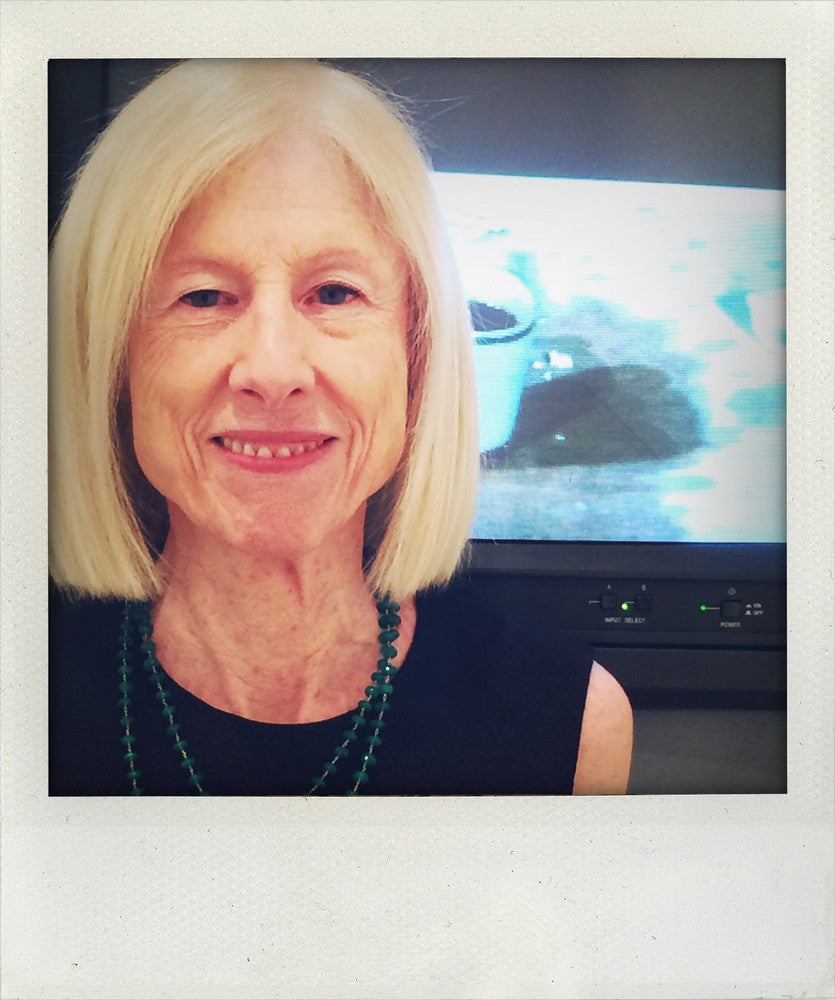 Angela Westwater, gallerist and founding partner of Sperone Westwater, which occupies a Norman Foster-commissioned glass box on the Bowery in New York City’s Lower East Side, represents the who’s who of contemporary artists from Bruce Nauman to Guillermo Kuitca and Tom Sachs. The dealer has been front and center in the art world over the last four decades and catalogues and books about the artists the gallery represents continuously pile up on her Alan Wanzenberg and Jed Johnson designed wood desk (which, notably, does not feature a computer).

“When the gallery opened, my desk consisted of two white, metal filing cabinets on either side, covered by a wooden door as my desktop. Then, in the mid 1980’s, after about a decade, I got to know architect Alan Wanzenberg and the now late designer Jed Johnson and enlisted their help designing my office,” says Westwater. She looked to Wanzenberg and Johnson for something minimal. “As an architect, I was naturally drawn to the refined and spare aesthetic of Jean Michel Frank and it was from his work that I took inspiration for Angela’s office pieces,” says architect Alan Wanzenberg. The duo fabricated the custom wood desk out of sycamore and created matching chairs with calfskin leather seats. “Later, in my travels, I found a beautiful lamp designed by Eduard-Wilfrid Buquet in the late 1920’s, which was the perfect detail to complete the desk ensemble. It’s been a thrill for me to know that these pieces are much beloved by Angela and she continues to use them today!”

Westwater highlighted eight of the books she currently has on display:

1. “Richard Long Time and Space (2015) documents this legendary land artist’s interaction with nature on five continents. The book is open to a photo of his white painted “Road Race” for the 2012 London Olympics.”

2. “My first show with Bruce Nauman took place 40 years ago, so the books are numerous, the most essential being the catalogue raisonné from 1994. As retrospectives are being curated, one by MoMA and The Schaulager for 2018, it is important to have this compilation close at hand for curatorial consultation. An open spread from a 2016 Giacometti-Nauman exhibition illustrates a classic bronze hand sculpture of the artist.”

3. “Guillermo Kuitca’s catalogue Stage Fright references his show at the Metropolitan Opera Gallery several years ago, and focuses on his signature Puro Teatro series, inspired by opera-house seating charts. Among the museums owning works from this series are The Hirshhorn, D.C., The Art Institute of Chicago and the Albright-Knox.”

4. “The cyan catalogue from 2016 illustrates ten new paintings by Susan Rothenberg from our recent exhibition as well as several vintage Horse Paintings from the 1970’s on display in London.”

5. “Malcolm Morley refers to his most recent paintings as “History Paintings”, in which he juxtaposes different epochs with disparate subject matter from the United States and England, from antiquity to medieval times to today. This volume has been helpful preparing for a show of recent paintings this summer in Germany.”

6. “The big white volume Dwan Gallery (1959-1971) summarizes the history of Virginia Dwan, founder of leading avant-garde galleries in L.A. and in New York. It was published for a show at the National Gallery, Washington, which included important examples of minimalism, conceptual art, and land art. As a gallerist and passionate collector, Virginia has been a role model and inspiration for me.”

7. “The ZERO catalogue, sitting atop a pile of related ZERO publications, documents our important 2008 ZERO gallery show featuring two of the group’s founders, represented by our gallery, Otto Piene and Heinz Mack. Subsequently, The Guggenheim presented ZERO: Countdown to Tomorrow, 1950’s – 1960’s in 2014. A touring exhibition of ZERO work was also presented at the Martin-Gropius-Bau, Berlin, and the Stedelijk Museum, Amsterdam, and another exhibition was presented by The Sakip Sabanci Museum, Istanbul.”

8. “Not quite a book yet are the various color proofs for our forthcoming Heinz Mack catalogue. Our designer and I have just finished tweaking the layout and sequence of image, which will be in print at the end of February. Soon a book!”