“There’s so little here, and yet so much.” 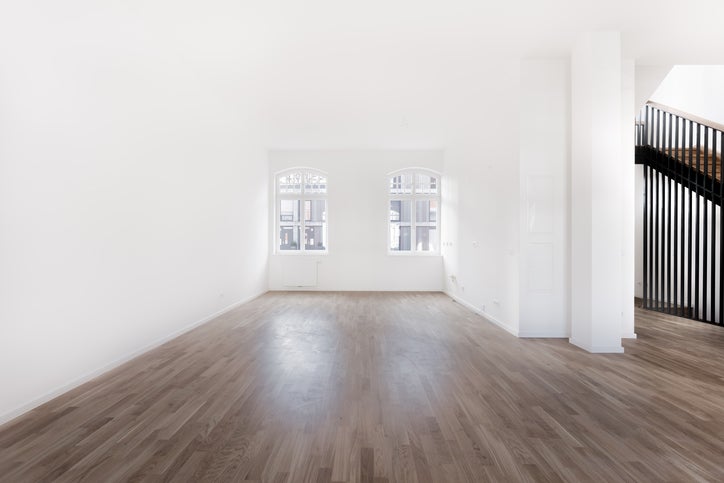 While everyone’s out there spring cleaning, getting rid of old T-shirts and stashing books in boxes, one homeowner went the extra mile. Instead of just shedding some things, this New York–based creative makes Marie Kondo look like a maximalist.

“I don’t really see the need for ‘things,’” he says. “I get so claustrophobic being around all the trappings of the material world. I just knew it all had to go.”

Don’t mistake his pared-back pad for laziness, though—every detail has been carefully considered. After repainting the walls to their original shade of “blank canvas créme,” the homeowner pulled up carpeting to reveal hardwood that would accentuate the echo in the room.

In lieu of a sofa, leisure time is spent sitting on the hardwood at a 90-degree angle. By losing the excess furniture in the living room, the negative space makes the two-bedroom feel much larger than it is for a seventh-story walk-up. “There’s so little here, and yet so much,” he says.

Nobody likes washing dishes. The homeowner’s clever hack: Cut the chore out of his life entirely. When thirsty, he simply cups his hands and drinks the way a baby deer would at a wooded lake. The one additional item he allows himself is hand soap.

The rest of us use curtains to block light from coming into our bedroom windows until we’re ready to wake up, but not here. “I define my day by the sun’s energy,” he says. “When she’s up, I’m up.”

Closets full of clothes are just visual clutter, so the homeowner now wears the same outfit most days. He doesn’t miss a thing: “Without all the stuff in there, it’s totally a walk-in closet.”

Before you go getting rid of all your possessions, though: April Fools’ from Domino!