Why flipping the footprint turned out to be less costly than expected. 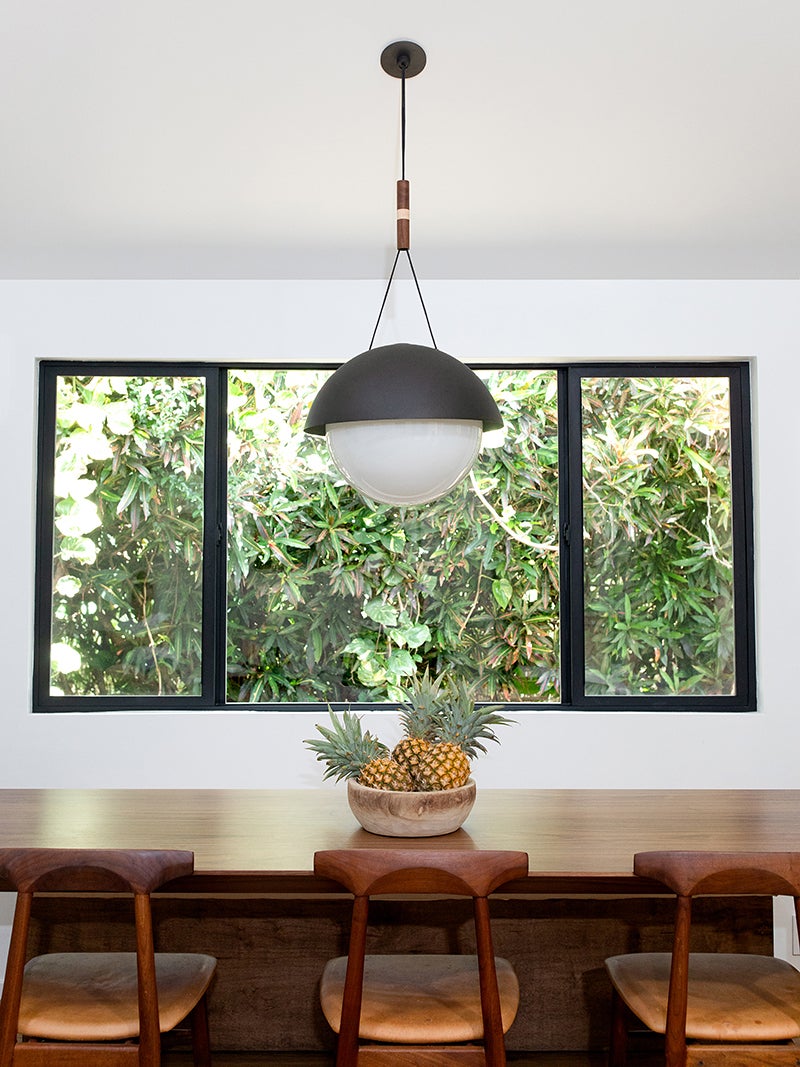 In a way, Weekday Studio cofounders Nina and Jon Hans’s 97-year-old Maui home was minimal before minimalism was a thing. Built for farmers back in the 1920s, the 1,200-square-foot house had no insulation (unless you count century-old copies of the Maui Times stuffed behind the drywall) and no real framing. “I kept checking the walls, thinking for sure one’s got to be load-bearing,” recalls Jon. An expert friend came in and confirmed: Long 2-by-4s were holding the place together. On top of that, the house had been devoured by termites over the years, was rotten and moldy from the extreme humidity of being in a tropical rainforest, and smelled terrible from the previous owner’s pets. Nearly very ceiling rafter, wall, and floorboard needed to be replaced or refurbished, but from the outside the structure looks mostly the same. “We kind of just rebuilt a house inside of a house,” explains Nina.

Hawaii always has its challenges with shipping and product availability, so compound that with delays due to the pandemic and everyone else wanting to fix up their homes, and it made sourcing materials extra tricky. “It was very common to go to Lowe’s and it would just be out of wood, not knowing when the next shipment was coming,” recalls Nina. Practicing patience (every stud had to be custom cut because nothing in the house is level or square) got them through it. Read on for the dos and don’ts they learned during their six-month-long, all-hands-on-deck reno.

Don’t Believe Everything You See on TV

While it’s fun to watch Chip Gaines blast through a wall with a sledgehammer, it’s a tool the pair learned to use sparingly (even though it’s the number-one thing their friends volunteered to come help them with). The process creates more damage and a lot more mess. “Demolition is much more surgical,” explains Jon. Instead of tearing out the old kitchen cabinets and the drywall panels, he unscrewed them so there weren’t a million little pieces to sweep up.

Do Dramatically Change the Layout 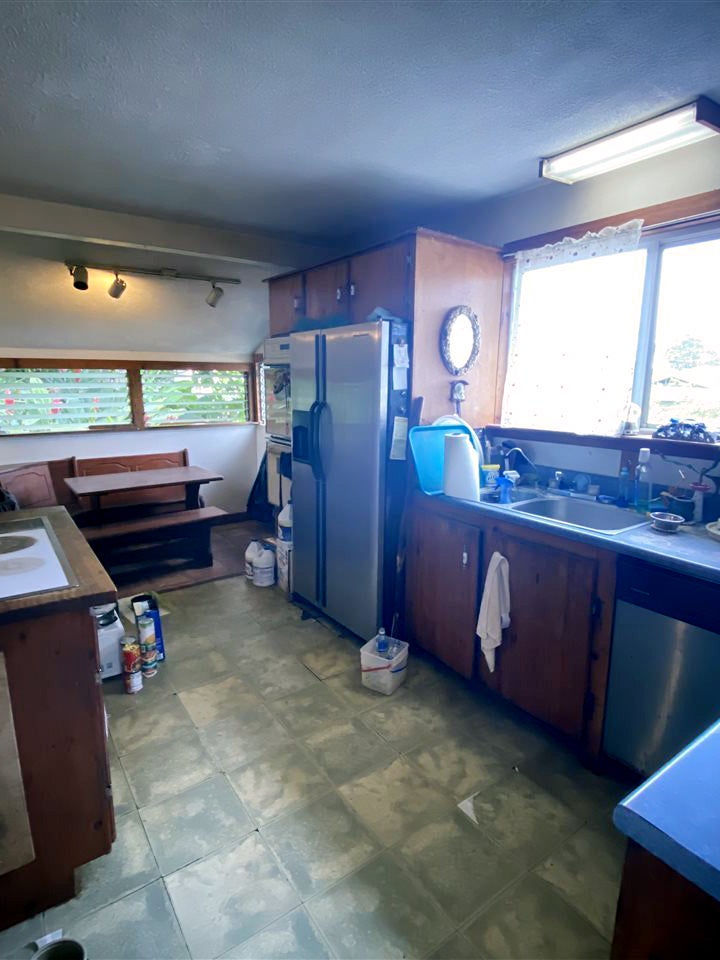 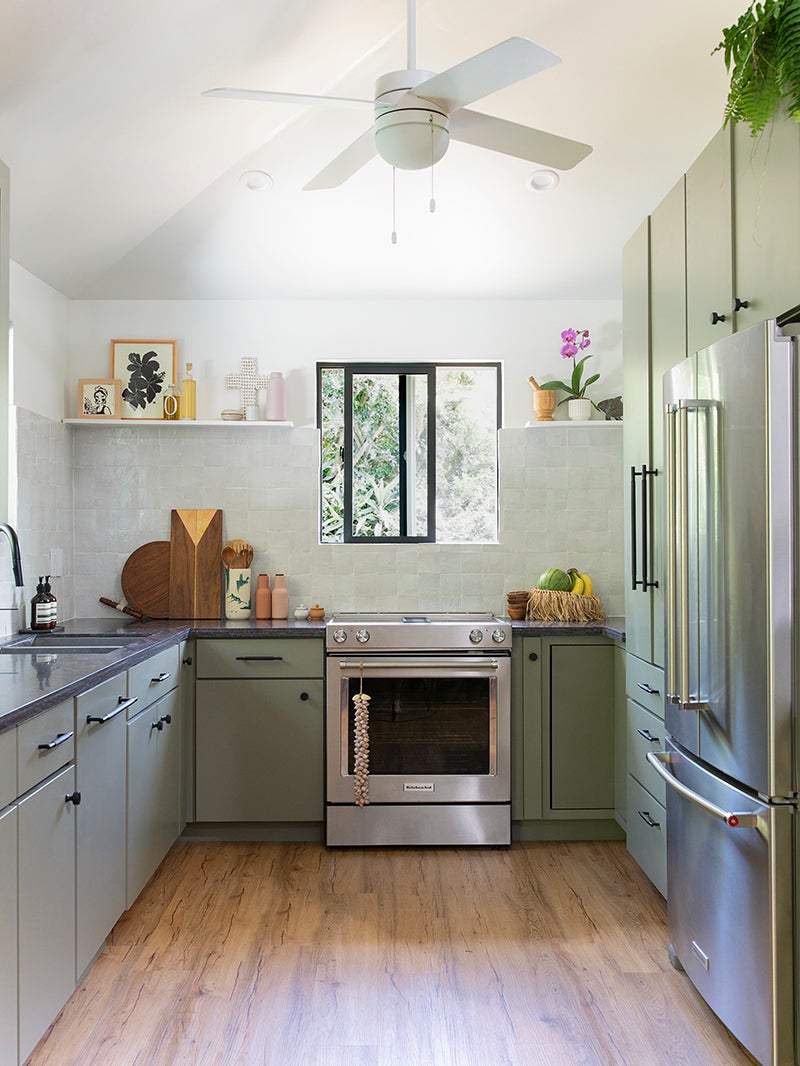 It’s true that rearranging a space’s footprint—shifting plumbing, electric, or gas to a new spot—can get seriously expensive. But the Hanses’ house isn’t like most homes: It’s post-and-pier architecture, meaning the living space is lifted off the ground and, unlike a place with a concrete slab foundation, the essential pipes are accessible. “It’s a lot easier to move things around at a way cheaper cost,” says Jon.

An architect friend was the one who encouraged them to spend a bit more and think of their house as a blank canvas not a cave. “Originally we thought we were going to put two bathrooms right next to each other, because it sounded cheaper,” recalls Nina. But that plan would have left them with a bathroom right next to the dining room—and no one wants that. “You’re talking about a $1,000 difference, so we made the change,” she adds. They also shifted the kitchen to the front of the house and vaulted the ceilings to make everything feel bigger.

Don’t Give Up on Your Dream Tile 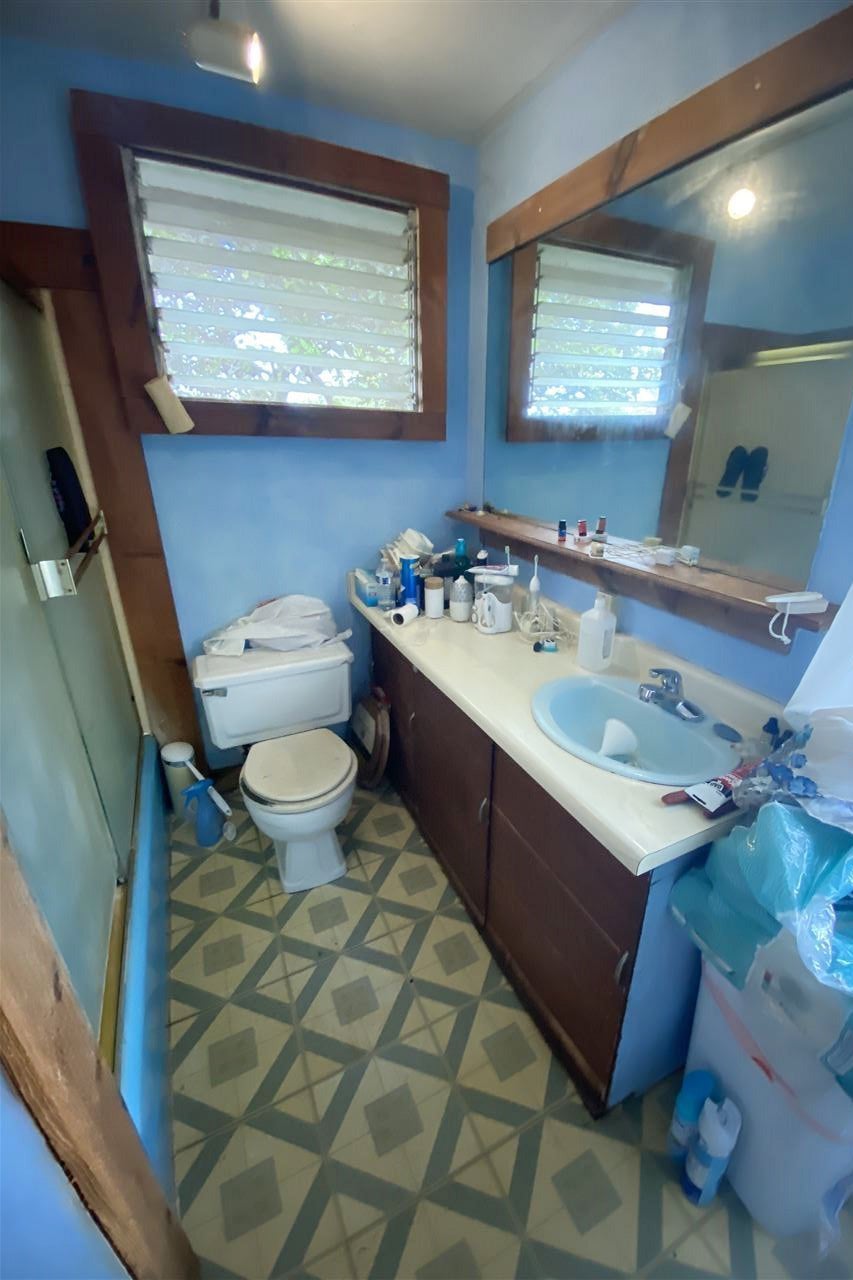 Nina originally had her heart set on glass tiles for the shower from Fireclay, but the high-end pieces were out of their budget. So when she stumbled across a nearly identical option at Home Depot, she scooped them up. Jon framed out a long niche inside to act as a shelf and avoid the hassle of a suction cup contraption or hanging rack over the showerhead. “Because they always fall,” he explains.

To go green or not to go green, that was the big question. Nina had always dreamed of having a sage kitchen, but her only point of hesitation was that everyone else on Pinterest seemed to be doing the same. “You have to go with what feels right to you. Period,” she suggests. “It definitely sets the tone, because it’s one of the first things you see when you come in.”

The color also just felt right for a home in Hawaii, so she brought it into other spaces with zellige tiles and loads of plant life. The couple even considered green marble countertops at one point but ended up opting for Corian in the end, which was three times less expensive.

Don’t Let Wrong Measurements Get You Down

With no extra room to carve out a linen closet, the couple came up with the idea to create an arch niche in the living room with drawers. The spot acts as a makeshift bar up top and a catchall for spare bedding, towels, and overflow beauty products below. The only thing was their measurements were slightly off, leaving a small gap in the center. In half an hour, Jon made a piece of wood to cover the opening and added a knob so it looks like it’s actually functional.

One faux handle, a salvaged front door, and a DIY dining bench later, the couple looks back at their once-rotten walls and infinite product delays with total ease. “We would 100 percent do it again and want to do it again,” says Jon.