Tyme is serving up colorful vegetarian meals in jars in New York. 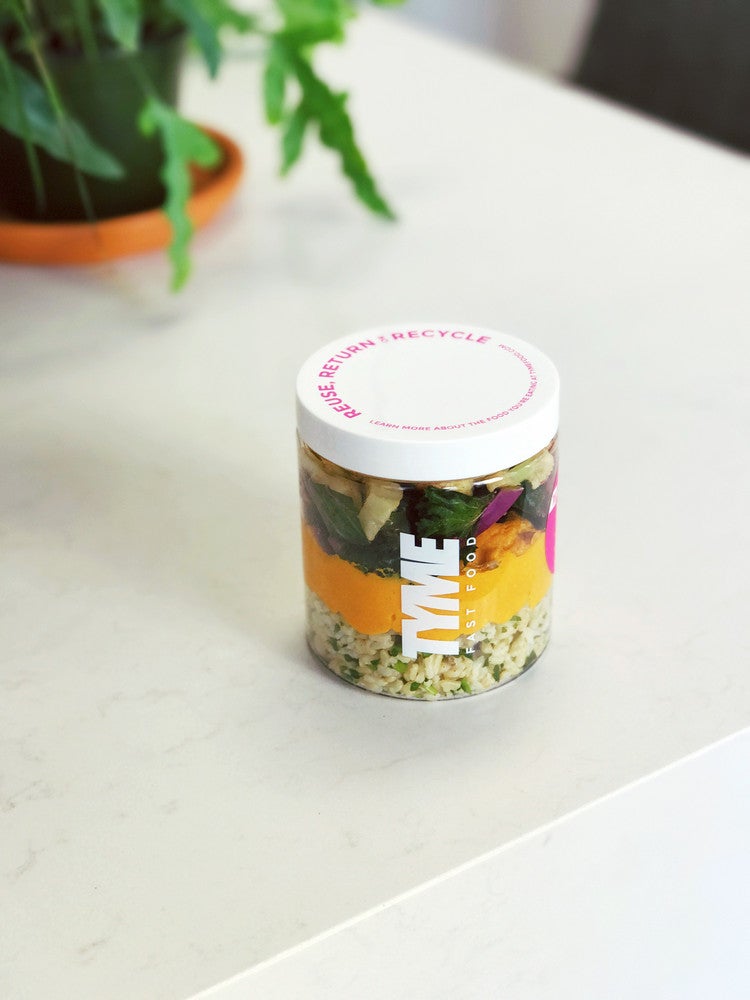 The mason jar meal has officially made the jump from Pinterest-approved lunch to viable food business. Companies selling meals-in-a-jar have popped up around across the country, and the latest addition to the scene is Tyme Fast Food, which debuted in May at the Frieze Art Fair in New York.

Tyme was founded by two Veterans of the food industry

and Felipe Hallot. Each brought unique approaches coming from either side of the spectrum: Winser founded New York mainstay Fat Radish, while Hallot is a former Burger King executive.

The pair tapped Chef Nicholas Wilber, formerly of the Fat Radish and Soho House LA, to create the menu, which takes the jarred meal to a more elevated level by artfully combining veggies, grains, and legumes.

All of the meals are vegetarian and consist of rainbow-hued ingredients. The original jar is packed with all eight amino acids, combing black rice, beets, a number of veggies and green tahini. The other offerings—soba, Mexican, Indian, Italian, and carrot hummus—expand across different cuisines.

“It is still hard for people to eat delicious food that’s affordable, easily accessible and good for you, especially in this ever-increasing pace of life,” says Winser. “We wanted to create a solution, change the standard for fast food and make eating well the default option for everyone,” says Winser.

Tyme’s prepackaged meals are available by delivery or through pick up at their stands in Gansevoort Market in the Meatpacking District and Equinox on Columbus Avenue. They’ll be opening an outpost in the South Street soon, with more stalls opening throughout New York City this summer.