An Inside Look at Chip and Joanna Gaines’ New Restaurant

The tile is seriously stunning. 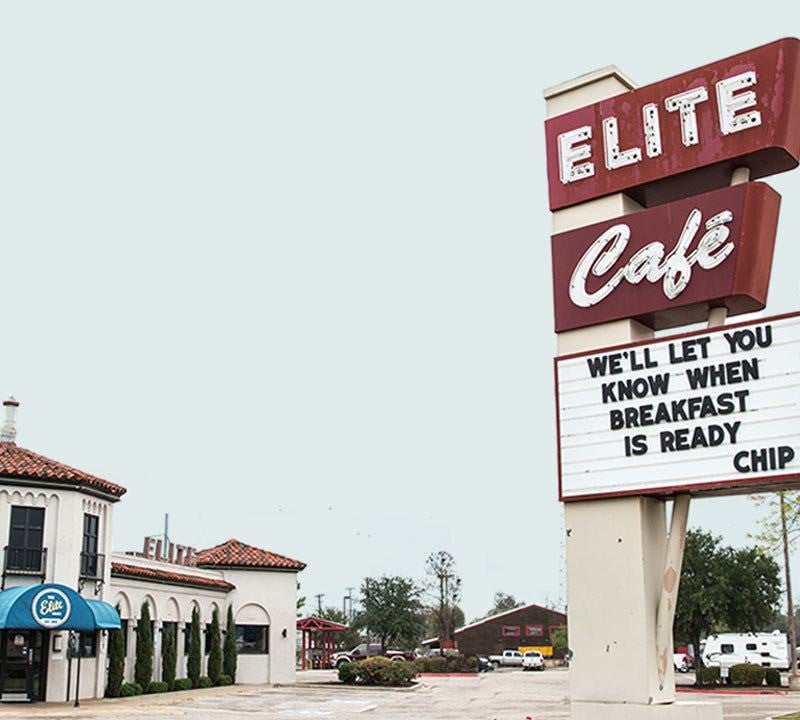 Ever since the news first broke in May 2016 that Joanna and Chip Gaines had purchased the historic Elite Café in Waco, Texas, we’ve been dying to know more about the Fixer Upper couple’s plans. While we had no doubts that the renovated space would be every bit as stylish and expertly made-over as the rest of their projects, there was also so much we didn’t know: How would they preserve the original charm of the restaurant? What would the menu look like? Most importantly, what would it be called?

Joanna Gaines took to her blog to answer those questions, and give us an early glimpse into what’s sure to become a Waco dining staple.

An earlier Southern Living interview with Chip revealed the couple’s plan to turn the iconic Waco spot into a breakfast joint. “I’ve always been a breakfast connoisseur,” Chip told the magazine. “I always do a heavy, bigger breakfast, but Jo is the exact opposite. She was kind enough to come with me on this one.”

And now, we have specific information about the menu options available as well. According to Joanna, Magnolia Table will serve breakfast, brunch, and lunch. Some early favorites? Farm eggs benedict, homemade pies, the Gaines Brothers Burger, homemade biscuits (complete with crafted jams and butters!), and, of course, Chip’s famous ham sandwich.

For those unable to travel to Waco to get a taste of this delicious-sounding menu, fear not: Joanna’s cookbook, Magnolia Table, is slated to hit shelves on April 24. It will feature tons of family favorite recipes—including items Magnolia Table customers can find on the restaurant menu. Joanna even included a sneak peak at what’s to come, sharing a selection of her favorite recipes on her blog, in order to give fans a very literal taste of the upcoming restaurant.

A recent Instagram post provides even more insider info—this time, with regard to the space’s interiors. The entryway is seriously impressive—of course, we’d expect nothing less from the first couple of HGTV—boasting gorgeous black and white tiles, and a rustic chandelier. Naturally, they put their beloved hometown front and center.

While Joanna acknowledges that opening a restaurant is no easy feat, these two are hardly strangers to the food industry. They own Magnolia Market at the Silos, a spot with numerous food trucks to choose from, and even their own bakery, Silos Baking Co.

But one of the most important tasks they undertook with this project was ensuring the history of the beloved local spot. The Elite Café opened in 1919, and enjoyed a steady stream of customers—including Elvis Presley, who frequently stopped at the restaurant in the 1950s on his way to Fort Hood—for almost 100 years, until it closed in early 2016.

“Our family has so many great memories from Sunday brunches at the Elite, and judging by the walls on the inside of the building, I’m convinced that this place holds at least one memory for nearly everyone in Waco, Texas,” writes Joanna of the challenge associated with restoring a local icon. “In light of all of that, we don’t take this renovation and restoration project lightly.”

She revealed that after carefully selecting every tiny detail in the new space—from textures to light fixtures—the couple was able to simultaneously restore the building and incorporate new design elements for a blend of history and modernity.

“We want everyone, whether you’re part of the building’s past or not, to walk in and instantly feel the rich history of it,” she writes.

The restaurant is slated to open later this spring. Can’t wait to try those homemade biscuits? Joanna has announced that she and Chip will be sharing updates on their social media platforms, so be sure to follow along so that you stay up to date.