Tour a Breezy LA Home With the Most Dreamy Kitchen

The rest of the house isn't too shabby either. 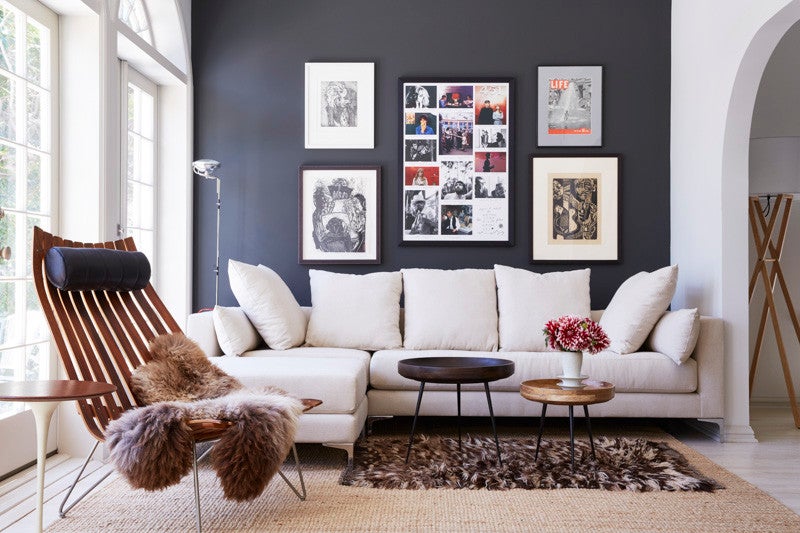 The only thing trickier to navigate for a designer than a picky client? Not having a client at all.

When LA-based design firm Simo Design began renovations on a four-bedroom home, they weren’t doing it to suit the changing needs of a client. Instead, they were remodeling the whole house in order to put it on the market for sale—a task that (according to designer Alexi Rennalls) proved to be the most challenging part of the entire remodel.

“It’s always a balancing act,” says Rennalls. “We don’t have clients who are presenting us with a checklist, so we have to anticipate what a buyer would want. We thought that this house would be sold to a family or to a young couple looking to start a family, but it ended up being a single guy!”

Despite not knowing who they were designing for, Rennalls and the team at Simo Design set about turning a home in dire need of an update into a light, bright space any buyer would be lucky to find.

Another difficulty was the fact that the Los Feliz home didn’t have a dominant style—instead, it drew on several different influences. Rather than try to change everything in order to make the space follow one uniform aesthetic, the designers decided to play up the various characteristics. The result is a space that Rennalls describes as subdued and controlled, but with an eclectic twist.

“We wanted it to be a light, fun space,” says Rennalls of the inspiration behind the decor. “Especially in the kitchen, we didn’t want it to feel overly traditional. We picked a very unique cabinet color, and decided to just have open shelves.”
In this image: Allied Maker Orb Sconce, $480; Dunn Edwards Cabinet Paint in “Artistic Stone” While the kitchen is now one of the home’s standout features, it was actually one of the more problematic areas to work on. It’s located at the back of the home and originally featured a less-than-ideal layout, but Rennalls turned the space into a bright, open room that still feels modern, despite having plenty of unique attributes. (We love the gorgeous wooden table in lieu of a traditional island.)

This contemporary look is infused with natural, more inviting elements, and it’s a balance that’s evident throughout the home. Wooden side tables topped with greenery add a rustic touch to an otherwise minimalist master bedroom.

Downstairs, a fairly monochromatic dining room with simple furniture has an old-school charm, thanks to the stunning chandelier (that was actually part of the original home) and arched indent in the wall.

In this image: Design Within Reach Hoffmann Armchair, $365

This balance, according to Rennalls, is how they were able to keep the home feeling cohesive, while still mixing in some more fun, eclectic elements.

“We wanted to make it feel approachable, but not have any unnecessary details that we didn’t need. If you have a home that’s older, it’s always a good idea to try and preserve something you like—even if it’s a light fixture—and combine it with the newer things,” says Rennalls.

As for her favorite part of the finished home? A smaller bathroom painted a deep, dramatic green.

“I love the bathroom because it was such a small space, and we could do something really bold in there!” she says. “We wanted the home to be a fun space.”