The actress designed the entire place herself. 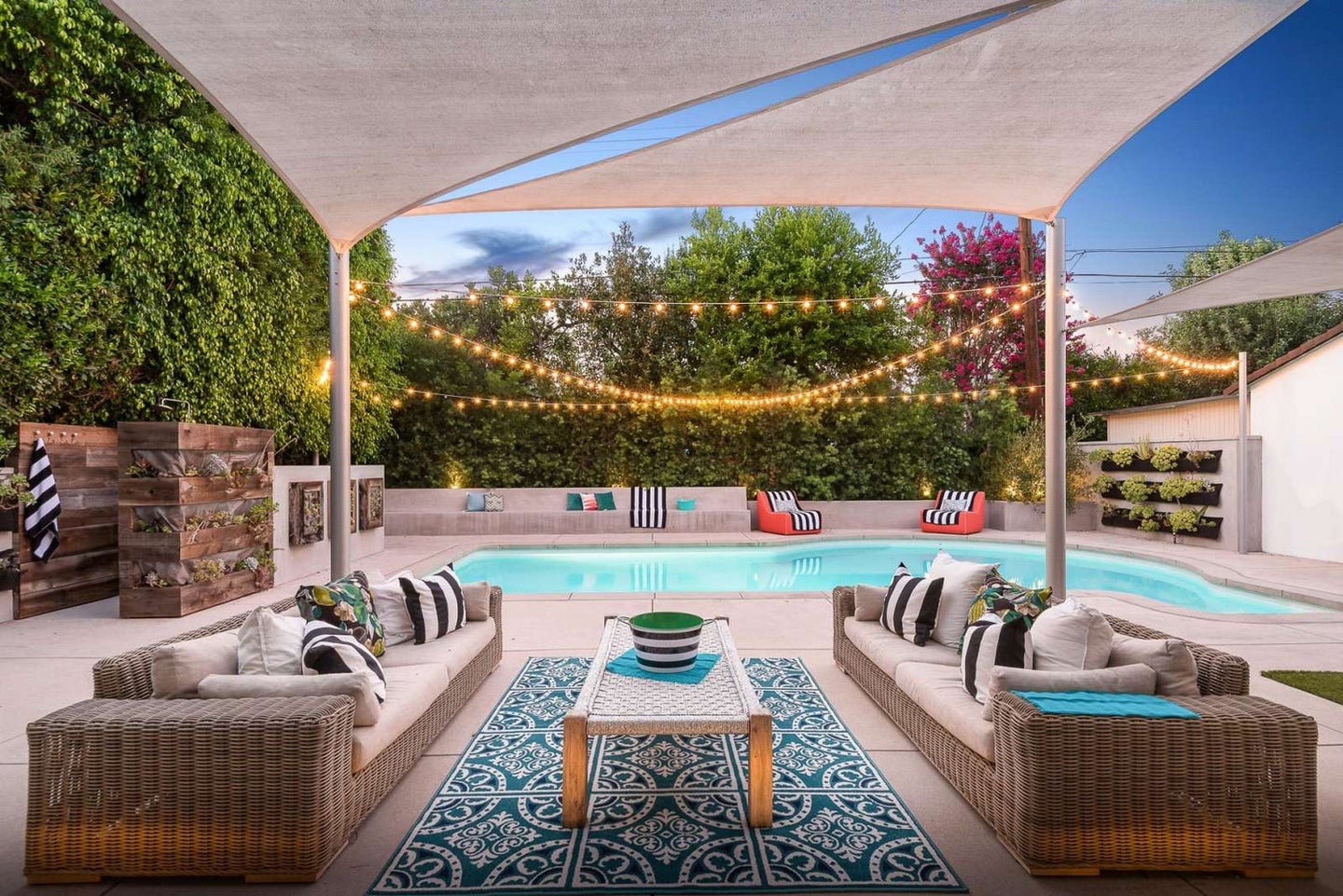 For $1.94 million, you can live like Game of Thrones royalty: Lena Headey, who plays Cersei Lannister, is officially selling her midcentury modern-style home. It’s not quite a castle, but the five-bedroom, four-and-a-half-bathroom residence is equally impressive. Plus, unlike a medieval fortress, it has the added bonus of air-conditioning.

According to Trulia, Headey initially bought the home in 2014 for $790,000. The jump in price comes as a result of the dramatic renovation the actress spearheaded herself with the help of a builder and architect in lieu of a professional decorator. Drawing on design elements from Headey’s home country of England, the south of France, and Ibiza (one of her favorite holiday destinations), she set out to create a truly customized home that felt bright and calming.

“I just wanted the house to feel like I’m on holiday,” the actress told Dwell in 2016. “I’ve incorporated my Ibizan self and my practical parent self. I can’t be sitting around drinking rosé!”

This mix of functional and luxury is evident throughout the Sherman Oaks home. The original 1950s building featured low ceilings and artificial turf indoors and out, so to make the space more kid-friendly and incorporate a bit of that island feel, Headey added a partial second floor with space for a master suite and children’s bedrooms and opened up the kitchen to the family room to create more of an open floor plan.

Small touches, like reclaimed oak flooring in a herringbone pattern and whitewashed beams along the high vaulted ceilings, add a personalized charm. Headey hand-picked each stylistic addition, including the blue and white dandelion-patterned tile in the master bathroom which she initially discovered on Pinterest.

Elsewhere, the joint family room and chef’s kitchen provide a great space for entertaining. The fully-equipped kitchen, which includes a bedazzled backsplash and an island workspace/dining bar, is separated from the living space only by a change in flooring. Rustic accents such as the ceiling beams and brick fireplace, keep the decor scheme unified.

The outside space is equally luxurious: Future homeowners will want to take advantage of the outdoor shower, succulent-lined wall, and massive saltwater pool.

“What I originally liked about the house was that it had good proportions,” said Headey. “It’s not too big. You can’t get lost. And yet, you can have a minute.”

With more than 2,900 square feet of living space, this is certainly true. Zoe Rudolph of John Aaroe Group holds this listing, but if you aren’t quite able to move at the moment don’t worry: You may still be able to one day own a piece of Headey-designed real estate: Following the success of this major renovation, Headey is considering trying her hand at house flipping.