My Freezer Is Finally Organized Thanks to This Ingenious Ice Tray

Plus I always have cubes ready. 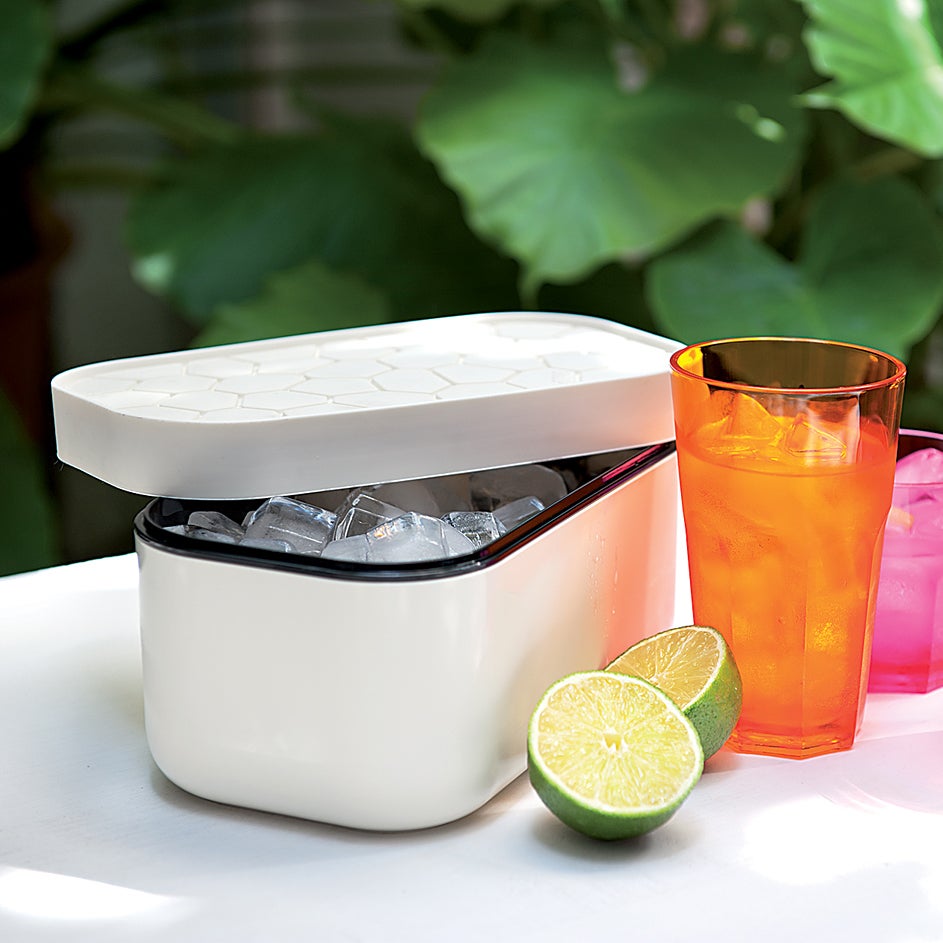 Thanks to big-city renting, I’ve lived for at least 20 years without an automatic ice maker, and during that time I’ve employed a slew of lo-fi contraptions: the standard-issue plastic tray found in my rental-apartment freezer when we moved in, silicone versions of every shape and size (jumbo cubes, mini cubes, spheres, etc.), and even a stainless steel variety. They were all just…okay.

However, after becoming a mom, real estate in my freezer started to dwindle. My just-filled, not-yet-frozen ice trays would teeter precariously on top of uneven stacks of made-in-advance meals and Trader Joe’s oddities. The issue with classic trays is that they take up a lot of space—space that I don’t have. And they can’t be stacked until after freezing has occurred—limiting how much you can have ready to go. It’s an utterly imperfect system that usually just leaves me hot, frustrated, and—worst of all—iceless.

But then I discovered the holy grail of ice making: Lekue’s Ice Box. It’s an ice tray, yes, but it’s also a storage box (the tray for freezing sits ingeniously on top, doubling as a lid) and an ice bucket that can be used for serving (and is pretty enough to be table/bar cart friendly). The storage compartment is big enough to house four trays full of ice (132 pieces in total). All of this would have been reason enough for me to be a fan, but then I found out that it fits perfectly on the slim shelf that’s attached to the door of my freezer—freeing up valuable space in the main compartment.

The absolute cherry on top: The genius designers of this product are after my heart because not only does it solve a problem in my life (affordably; it’s only $32!), but they decided its molds would produce the most charming ice shapes—faceted, nonuniform pieces—that just make me happy. Now for the first time in my life I’m ice-flush and impromptu-cocktail and smoothie-party ready.