Nixing This Detail Was a Controversial Reno Decision, But So Worth It 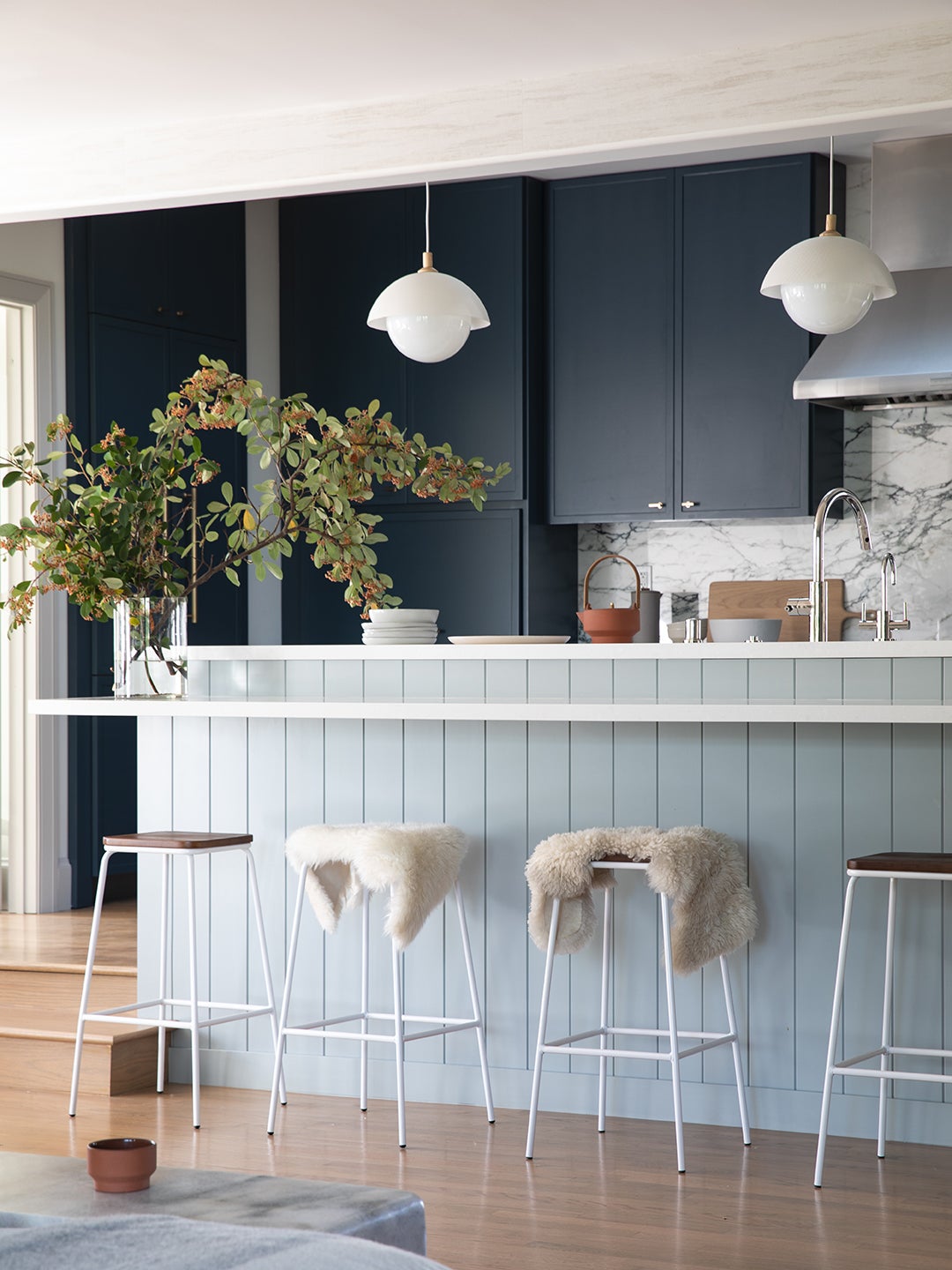 Megan Wu found her interior designer, Lauren Nelson, on a casual real-estate walk-through. She wasn’t looking to move, but the house (which Nelson designed) kept drawing her back. “I visited several times, because there were so many details to take in,” remembers Megan. Serene and organized, the home was the complete opposite of her current place, which was ruled by two toddlers, mountains of toys, and a total lack of storage.

Megan and her husband, Clinton, had moved into their 1950s ranch in Los Gatos in 2015 when she was seven months pregnant with their oldest son, Gavin (they had their second, Easton, two years later). At the time, they desperately needed a house that was move-in ready and this one fit the bill: It had been remodeled in the early aughts.

Life kept them busy, but the couple always dreamed of the day they would get to renovate. After repeated visits to the home for sale down the block, it was clear that the time had finally come. For Nelson and her lead designer, Hana Mattingly, the project was an exercise in simplicity in order to give the family the tranquil space they craved.

She Gave the Ceilings Some Lift

The first order of business: Pare back any nonessential features. “The home had a nice flow and good bones, but the finishes were run-of-the-mill and the architectural details were overscaled for the space,” Nelson explains. She removed a bulky wood fireplace mantel and trim-heavy columns in the living room, then got rid of the heavy crown molding. “It wasn’t particularly attractive and didn’t add anything to the space. Once we took it down, the ceilings felt higher,” she recalls. To draw the eye up even further, Nelson ran the navy kitchen cabinets up to the ceiling and hung drapes as high as she could.

She Improved Flow With a Single Adjustment

The dining table and chairs were originally floating in the middle of the space between the kitchen and the family room, but they cut off the flow between the two rooms. “It felt neither here nor there—not a formal dining space and not a cozy breakfast nook,” remembers Nelson. Instead, she tucked a wraparound banquette (with pull-out drawers, of course) underneath a large window. With wipeable leather cushions and plenty of extra seats for extended family, it’s now a central gathering space.

She Found a Place for Every Knickknack

Nelson was determined to add built-in storage to every room for the games, books, and sentimental items the family had accumulated over the years. “We wanted to bring a calmness to the house, which felt chaotic upon our first walk-through,” says Nelson. Her team added custom closets in each bedroom, bookcases in the living room, an appliance pantry in the kitchen, and a crafts area for the boys in the family room where they can organize their stamps, markers, and rock collections. It’s come in handy while the family is on lockdown, says Megan: “It’s where our oldest son is learning to write his name for the first time.”

She Made Every Square Inch Count in the Master Bath

Originally, the master bathroom had zero storage, so Nelson swapped out the dingy walls and a builder-grade vanity for shiny zellige tiles and a tall oak linen cabinet—which she made space for by moving the toilet. The shower got its own custom touches, including a product niche and a small triangle step. It’s a peaceful oasis, the ideal place to unwind after a long day of homeschooling and cooking up a storm in self-isolation. In the end, the remodel came just at the right time.