I'm kind of shocked at the end result. 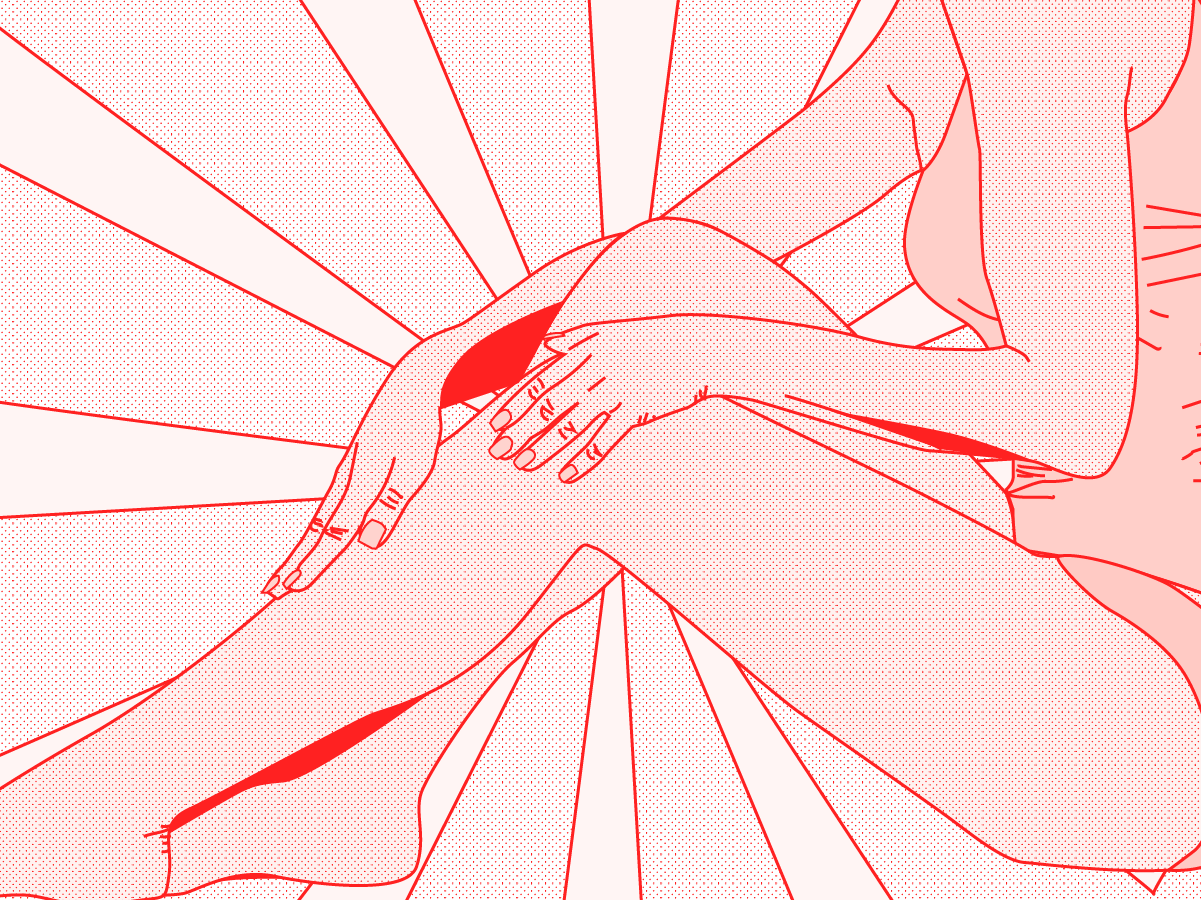 Over the course of five months, I sat impatiently for about three minutes each session—five in total—while an expert pointed a laser at my armpits and zapped away. Was it painful? Yep. Was it worth it? Ehhhh.

Every few weeks, I arrived at Spruce & Bond for mere minutes of lasering. I chose to laser my armpit hair, mainly because I have been plagued with ingrown hairs my entire life. No matter how fancy the razor and shaving cream, one to two ingrown hairs showed up with every weekly shaving session. They’re painful, annoying, and I wanted to be done with the whole shaving process. And after five sessions, I can tell you that my laser hair removal results ended up a lot differently than I expected.

What is laser hair removal?

There are a variety of lasers, with varying strengths based on skin and hair color. But each is built on the same concept: A laser beam passes through the skin, and the intense heat damages the hair follicle. That damage is meant to, over the course of several treatments, destroy the hair follicle, thus inhibiting any future growth. Body hair naturally goes through a resting and growth cycle, which is why a series of follow-up treatments are needed every four to six weeks to get all the hair in each targeted area.

advertisement
The light from the laser is absorbed by hair, and the follicle is damaged.

“In general, lasers are attracted to pigment, in this case, hair,” says Lauren Hackney, a medical aesthetician at New York Dermatology Group. “The light from the laser is absorbed by hair, and the follicle is damaged,” she says.

What can you expect during it?

Pain? Yep. (Although I will say it’s nowhere near the pain of having a powerful laser pointed at your face. That was a 14/10 on the pain scale. This one, pointed at my armpits, was more of an 8/10.)

The pain is immediate, but it ends as quickly as it comes. Not great, but not the worst. Spruce & Bond put a cooling towel on the targeted spot for a second after each zap, and after that second of cooling, the pain was already gone. They describe the sensation as more of a “hot needle flick,” but it should never linger beyond the treatment.

The pain is immediate, but it ends as quickly as it comes.

Awkwardness? Yep. You come in every four to six weeks with your hair fully grown out, so that they can track the hair growth patterns. They then shave the area for you before they get to lasering. Awkward… but they’re pros, and make it all feel pretty casual.

The smell? Yuck. Granted, I was only in the laser room for minutes, but the burnt hair smell is potent. You are in a small room with a strong, heavy stench of burning hair lingering in the air. For larger treatments, like bikini or legs, the lasering will be longer—thus resulting in more intense smells.

Hair growth? Yep. I naively thought that after one to two treatments, I’d pretty much be hair-free. Nope. It kept coming back. But we’ll get into this in more detail below.

Price is a real consideration when getting laser hair removal.
advertisement

Expensive? Very. Expect to spend. There are some pretty killer deals and packages when you buy in bulk upfront, but for underarms, a five-part package is $800 at S&B. For bikini, it’s $1,700 for five treatments, while legs are $1,200.

Price is a real consideration when getting laser hair removal. I know a friend who got an incredible deal on Groupon, $100 for five treatments, and she’s had a great experience overall. And who doesn’t love a good deal? But be cautious of cutting costs when it comes to your body and a hot, burning laser being pointed at your skin. With any new company you’re considering for something as serious as laser hair removal, make sure you really check out the company’s reviews, and even go see it in person to ensure the cleanliness and knowledge factors are high.

What can you expect afterward?

No matter what area you’re treating, it usually takes about five to six treatments to get around 80 percent hair-free. After each individual treatment, you are not supposed to work out that day, and must take mild-temperature showers.

After each treatment, as the hair follicles start to grow, they’ll fall out. It’s a strange moment where you can pull out the hair in your follicle without an ounce of pain.

What about the final results?

This is maybe going to sound naive, but after the five treatments, I thought I’d be hairless, never to look at my armpit hairs ever again. I was wrong: Hair is still there, growing against my best wishes. Granted, it’s much softer and thinner now.

But all in all, it’s not what I expected. It’s called “removal,” so I thought it’d be gone forever. But it’s actually more of a reduction. Should we all just agree to call it a “laser hair reduction” from here on out? The cold, hard truth is your hair will probably come back. It’ll be finer, but it’ll probably show up again in some way or another.

Should we all just agree to call it “laser hair reduction” from here on out?
advertisement

To have your hair done and gone forever, you’d have to spring for continuous upkeep. Another five mini sessions, where you target the hairs one by one specifically, would probably kill ’em off forever, or at least a good long while. Spring for those follow-up sessions if you’d like to be seriously hair-free. The five-part touch-up package at S&B is $250.

“Typically, we notice a difference after one or two treatments,” says Hackney. “You should start to see the circular hair patterns where the follicles have been damaged. It does happen that hair can be stubborn, and requires more than five to six treatments,” she says. “For best results, we recommend being consistent with treatments, ranging from four to six weeks apart, depending on the area.”

What do you need to know before you go?

Lasers are brilliant, but they are not foolproof, and they are not for everyone. “Lasers will not yield results on redheads, blondes, or grey/white hairs,” says Kristen Rogers, lead laser specialist at Spruce & Bond Flatiron. “The laser picks up these follicles as ‘clear,’ which makes it impossible to kill them.”

Lasers are also very varied, so what works for one person won’t necessarily work for another. The most important thing you can do to achieve the most success for your specific hair type is consistency with appointments. “The more consistent you are with your treatments, the more likely your results will be optimal,” says Rogers.

And results won’t necessarily last forever. It’s a permanent reduction rather than a permanent loss of hair, so it’ll reduce hair dramatically, but not necessarily entirely. Each person is completely different: I’ve heard stories from friends who say they’re hair-free forever after two or three treatments, and others say it never worked in the long run.

And it can change with your hormones, too. “Hair growth can also be hormonal,” says Hackney. “Some women experience new growth during pregnancy and/or breastfeeding.”

In my opinion, if you are very serious about hair removal, go to the big boys— aka, your dermatologist. Their machines will likely be more advanced. For example, at NYDG, they use a 755nm and 1064 Yag:Nd (aka, a very powerful machine) with a state-of-the-art copper cooling tip. “This gives us the ability to treat all skin types,” says Hackney.

And, yes, it’s costly—very much so—and I don’t want to minimize that. But if ingrown hairs, shaving, waxing, etc. have been a frustrating part of your life when it comes to body hair, then it’s definitely worth considering. All in all, I’m glad I got it done, specifically to help with ingrown hairs. But, after almost two years since the start of my hair removal journey, I can say I’ve only reduced my armpit hairs by about 25 percent. I still have hair, and it’s still a twice-a-week type of shaving job—much to my dismay. In my dream of dreams (albeit it may be naive of me), I wish I never had a single hair there again. But, I will say my ingrown hair issue is minimized. And for that, I’m grateful for the slight pain, smells, and effort.

advertisement
I’m grateful for the slight pain, smells, and effort.

It’s a personal choice to make, and you should weigh the pros and cons at the end of the day. Want to grow your hair loud and proud? Want to laser it all off? Want to laser for just a few sessions to reduce irritation and daily shaving? I support you and your body hair choices.

Keep on reading about crazy cool treatments we’ve tried: The Laser Face Treatment That Changed My Life Why I Traveled 40 Hours for This Rainbow Massage This Extreme Facial Is the Secret to Super Moisturized Skin

This story was originally published in August 2018, and has since been updated with new information.