From the Desk of… Designer Kaelen Haworth 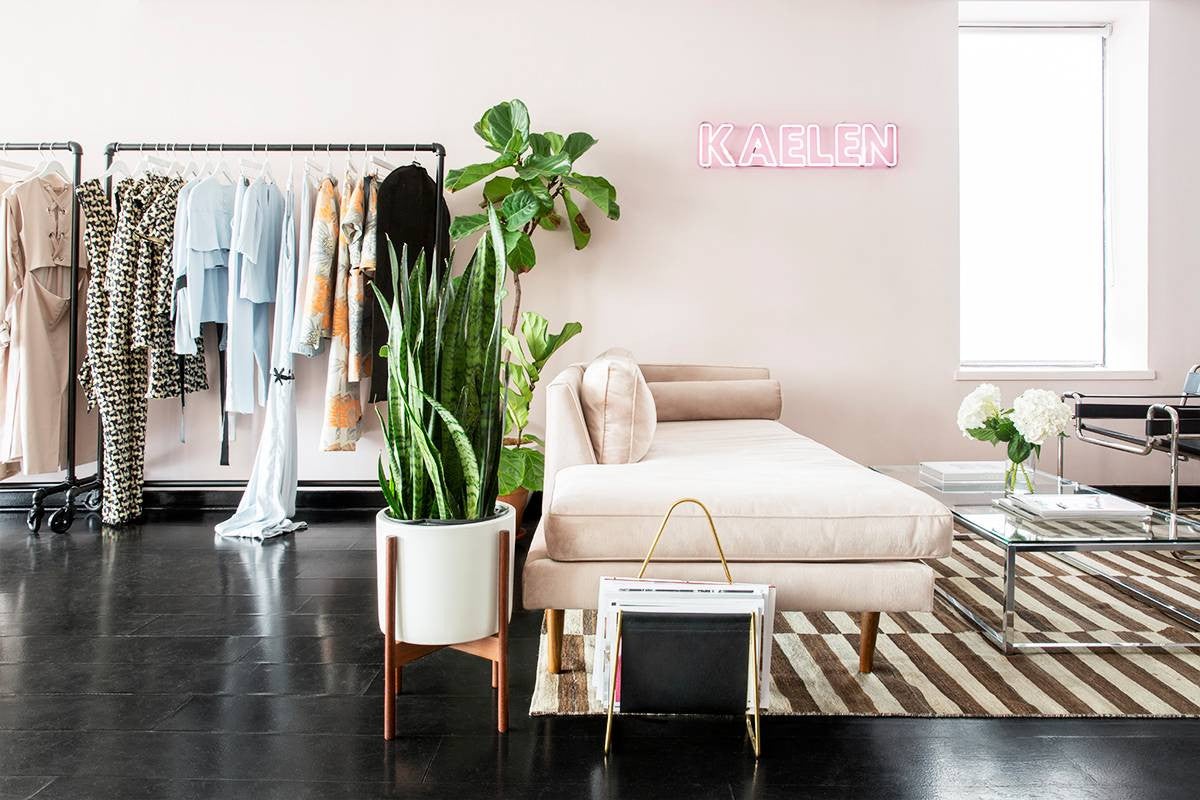 Kaelen Haworth is known for her minimalist aesthetic. Her effortless style seamlessly translates into her eponymous womenswear line, and is evident within her approach to interior design. Having recently completed the CFDA’s Incubator program, Haworth moved into a new studio in Chinatown, designed by friend, and fellow Parson’s alum, interior designer Stephanie Luk. Saturated with natural light and sweeping views of the NYC skyline, Haworth’s new studio is evident of her refreshingly simplistic and refined style, featuring a focus on detail and bold moments that wow.

We caught up with Haworth in her newly minted space for a peek at a day in the life. Take a look!

Soundtrack for getting things done

: I’ve got a great Fall mix going right now on my Tidal account – a little Solange, Tribe, Francis and the Lights, Otis Redding…

My office in three words

: Giant eraser! It doubles as a paperweight and it’s harder to lose than those ridiculous tiny erasers.

The giant notepad that sits next to my computer, from McNally, that does double duty as a place to jot notes/reminders, as well as a sketchpad.

Best part of my job:

My office is inspired by:

Change. I wanted the space to reflect our evolution.

If I weren’t a

I am busiest. Give me more stuff to do and I’ll get it done. If I only have one or two things on my plate, I’ll procrastinate until the cows come home.

My lunch routine consists of:

Lately poke, or leftovers of whatever I cooked the night before.