The founder of Chance–a lifestyle and clothing brand–transforms a Victorian-era abode into a reflective retreat. 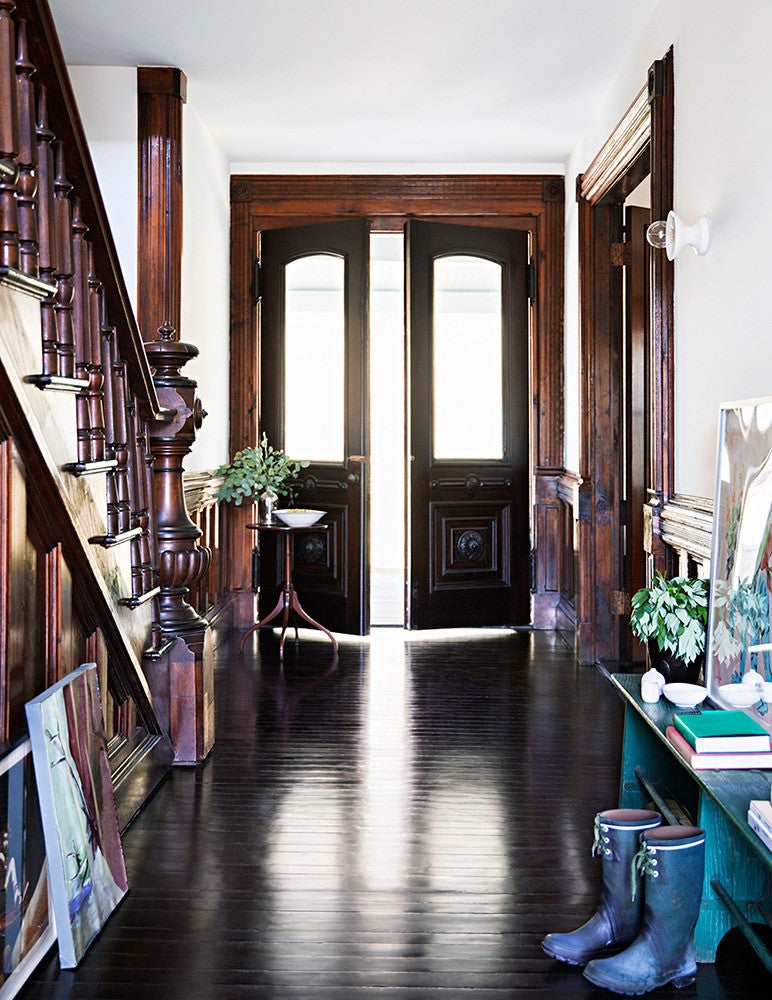 Julia Leach – the founder of Chance, a lifestyle and clothing brand – transforms a Victorian-era abode into a reflective retreat.

Built in 1890 by a wealthy Scottish family, Julia Leach’s upstate New York home was once called Applegarth for its orchards. Now christened The Gray Lady because of the shade of its exterior, the house has become the spirit that immediately spoke to Leach during her first visit in 2002. She felt a connection with its scale, soul, and history, and knew tht this was the place she was meant to call home. “I had an innate sense, an intuition,” she says. While its outer structure needed tremendous amounts of work, including a new porch and windows, its rooms were remarkably well perserved. “Structurally, not much has been done to the interior,” observes Leace. “The changes we did make were really about simplifying the space.

Walls the color of unbleached cotton, ebony-stained floors, and open-weave linen curtains create an unobtrusive backdrop for Leach’s treasures. Over time, she’s focused on slowly collectiong special pieces. “I was more invested in layering my discoveries than in urgently decorating the house,” she explains. She purchased the dining room’s four botanical landscape panels – originally created for an apartment on Chicago ‘s Lake Shore Drive – from an antiques dealer in Hudson, New York. “I love their subtlety and mystery,” she says. “Each time I look at them, I notice something new.”

A “visual storyteller,” Leach utilizes her home as a showcase for her collections of art and midcentury design. Her Danish roots are reflected in the Scandinavin furnishings, including the living room’s Hans Wegner sofa and the kitchen’s Kai Kristiansen chairs. Throughout, she freely combined investment pieces with more accessible items. Thi high-low mix is central to her style, which Leach describes as :simple and modest with strong, clear statements.

She looks forward to her lazy Sunday mornings in the country, spent reading or watching movies in bed, surrounded by favorite works of art. “I love my busy city life in Los Angeles and New York,” she says, “but my upstate home is an oasis.”

Leach’s love for her home is mutual: while she’s put effort into keeping the house in working order, it’s reciprocrated by providing her with comfort and serenity.