Plus, unexpected installation ideas and fun new ways to play with color. 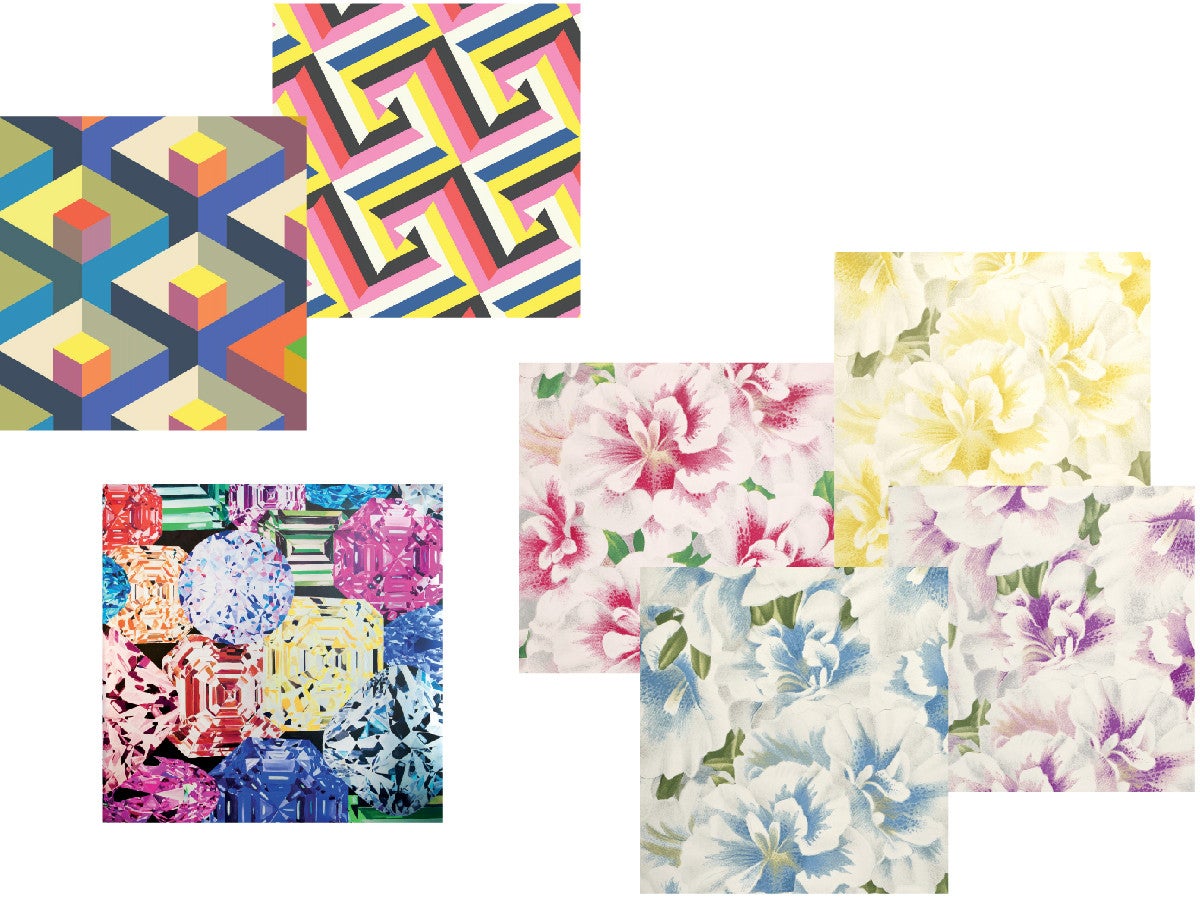 Patterns are a map to a designer’s mind: These wallpaper enthusiasts share their favorite new patterns, go-to tricks, and how to mix and match like a pro.

Austin’s Sarah Wittenbraker got her start designing homes for friends. Since launching her firm in 2010, she’s become a defining voice of the new Southern style, freely mixing modern and traditional details to create layered spaces.

Her current obsession: “The return of florals has been so inspiring. My childhood bedroom had amazing large-scale bouquets of pink tulips from floor to ceiling, and now I’d kill to put that pattern in my daughters’ rooms!” says the designer. With a bunch of new builds and remodels in progress, Wittenbraker has plenty of opportunities to make use of her favorite flowers.

For those who aren’t as fearless as Wittenbraker, she recommends a blueprint for balancing modern and

: “Do a graphic floor and a more free-flowing pattern on the walls.” (Florals, botanicals, and brushstrokes all appear in her tool kit.) In a client’s kitchenette, for example, Wittenbraker mixed cement tiles in neutral geometrics with toile wallpaper from Flavor Paper. Bright colors and textures also create interesting contrast.

Cofounded in 2014 by creative directors Amy Morris and Anna Polonsky, The MP Shift has quickly become the go-to design and branding studio in New York for trendsetting hoteliers and restaurateurs looking for everything from cool business cards to custom wallpaper. Currently, Morris and Polonsky are at work on a new dining room and café for Nolitan Hotel in Manhattan, plus a few projects in London and Paris—adding to a client roster that includes Acme, Google, and Mission Chinese. For the Dorothée Meilichzon–designed Hotel Panache in Paris, they’re even curating new chefs.

Not ones to shy away from graphics, Morris and Polonsky are experts at convincing hesitant clients. The trick? “Stick to a palette and use one strong grounding color.” For Otway, a café in Clinton Hill, Brooklyn, the designers paired penny-round tile floors and a herringbone-inlay bar with a gold and gray Sol LeWitt–inspired mural around the dining room perimeter. The patterns camouflage unsightly details—like electrical systems—while adding a distinctive touch.

New York–based artist Ana Kraš approaches a wall as “a piece of paper.” For a recent wallpaper collaboration with Calico, the painter created a series of hand-drawn grids that shift in color from bright blues to pale pinks.

A minimalist, Kraš says, “I prefer wallpaper to have interesting lines and details when you come close, but when viewed in total it should be subtle and not take over the space.” Named for her parents, the Mira & Miloš Collection is her first foray into wallpaper—a natural extension of her understated weavings and simple, structural designs for furniture brand Matter Made.

In her Chinatown studio, Kraš bemoans the “crooked walls” that make installing wallpaper difficult. Instead, she looks for unexpected spaces. “I like covering furniture, doors, and ceilings,” she says. “It’s so much easier to maintain.”

For her Calico collection, Kraš papered a series of screens. One resembles a seascape; the other references woven textures and plaids. A patchwork of art and decoration, Kraš’s linear approach threads the work together.

Rhode Island School of Design grads Adam Charlap Hyman and Andre Herrero have been busy conjuring immersive spaces since founding their eponymous firm in 2014 (to which Adam’s brother Alex joined as director shortly thereafter). Illusion is a central theme of their work, whether using mirrors to create infinite reflections in Everlane’s New York City pop-up or covering Dean & DeLuca’s booth at Design Miami in custom wallpaper to mimic the grocer’s marble surfaces.

Charlap Hyman & Herrero’s high-concept approach has earned them accolades and projects, including a line of wallpaper that launches this year with Schumacher. “We love trompe l’oeil and try to incorporate surprises into an experience,” says Alex.

Pro tip: match to the max

The designers use wallpaper as an architectural material, experimenting with a concept they call “domestic camouflage.” Their set design for the Baroque opera La Calisto featured walls, screens, furnishings, and fabrics all printed with the same forest landscape.

Other times, in “monochromatic moments,” texture is employed to create contrast between surfaces. “Matching fabric and wallpaper is often considered over the top,” says Alex, “but we think of it as highly restrained and minimal.”

Looking to take your walls to the next level? Check out these current papers from some of our favorite patternmakers.

(top left) Patrick Parrish Gallery exists at the intersection of art and design, so it’s only natural that its collaboration with Brooklyn ceramist Cody Hoyt plays up the tension between two- and three-dimensional space. Digitally printed on archival fabric paper, each hard-edged grid is isometric—formed with shapes of equal dimensions—and comes in a kaleidoscopic palette. The wallpaper is made to order by New York’s Wallpaper Projects and available in multiple patterns. Think of it as literal art for your walls.

(above, bottom left) Flavor Paper is launching a collection featuring all-women artists on March 8—International Women’s Day. “One of the good things to come out of the past year is a push for women to stand up and be seen,” says owner Jon Sherman. “We wanted to show our support for female designers.” Vibrant works by Ashley Longshore, Katie Stout, Natalie Frank, Shyama Golden, and Tamara Staples (including oversize gemstones and cheeky watercolors) will be printed on a mix of papers and Mylar. Turns out walls can talk.

Acting almost like a cheat sheet, John Derian’s new collection brings decoupage to your walls without having to pick up a pair of scissors. Inspired by the designer’s personal archive of antique prints and loosely based on the artisanal patterns he applies to his fantastical decoupage plates and paperweights, the wall-paper presents a mix of “intricate botanical illustrations and romantic ﬂorals.” We’d love to see the dreamy blooms (Variegated Azalea pictured above) as an accent wall, or the vintage seashells lining a cabinet of curiosities.

This story originally appeared in the spring 2018 issue with the headline “The Insider’s Guide to Wallpaper.”

Over Palm Prints? Try One of These Botanical Prints Instead 9 Ways You Never Thought to Use Removable Wallpaper 11 Ways Wallpaper Can Completely Transform a Room