Her prized earrings double as decor. 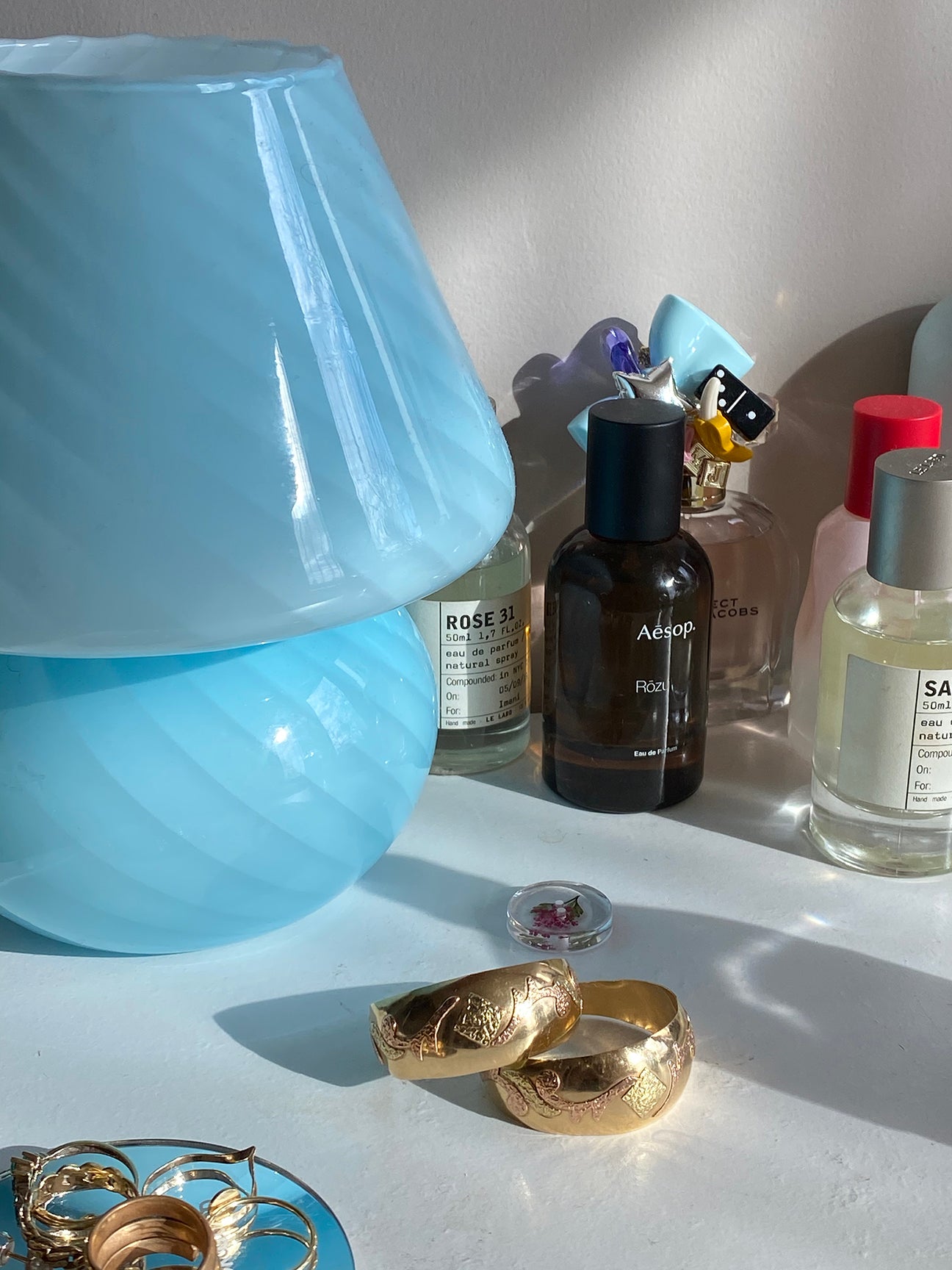 Between the fashion design sketchbook she carried around in second grade, the art classes she took all throughout school, and the wonderfully wacky outfits she now posts on Instagram, Imani Randolph has always seen herself as a creative.

So it comes as no surprise that in 2014, from inside the walls of Barnard College, where she was a freshman, Randolph took New York City by storm. First, with writing stints at The Fader and Man Repeller. Then she did some modeling for the likes of Parade and Cuup and freelance PR work for cult-favorite brand Ganni, gaining thousands of followers.

But for all her success, it’s Randolph’s mom, Michelle Dowe, a director of child welfare for Albany County’s Child Protective Services, who will always remain the style influencer’s biggest inspiration. Originally from Jamaica, Dowe immigrated to America at 6 years old and grew up in the ’80s-era Bronx, studying photography in high school and going on to raise her only daughter in her college town of Albany. “My mom primed me to be a decision-maker and follow my own desires,” says Randolph. “I owe so much to her.”

Randolph cites her mother’s gold hoop earrings, now her own, as her most prized possession. Below, she shares their significance and how they keep her connected to her mom, her home, and the family legacy she holds so dear.

My mom got these earrings in the early ’90s and passed them down to me when I left for college at 18. She liked them as an alternative to the über-popular door knocker hoops of the time. These are flatter than traditional door knockers, which are larger and heavier, and have an intricate engraving on them. She felt this pair set her apart.

Growing up, I felt like I practically lived inside my mother’s jewelry box. I would dig around in it and ask her questions about her life. On a few occasions when I was in high school, she let me borrow the earrings, which always felt so special. Whenever I wore them, she expressed to me how important they were to her, so when she offered to let me take them to college, I was definitely nervous. I knew that if I lost them, she wouldn’t be happy. Well, it turned out I did lose them my freshman year. I was so panicked that I made posters of the earrings and hung them around the school, hoping someone would return them. A month or so later, I found them in the bottom of my backpack. That experience made me appreciate them even more. I’ve had them for six years now.

I used to keep the earrings out of sight—safely tucked away in a jewelry box in my closet. I always say, “If somebody robs my apartment, they can take anything except those earrings!” But recently I’ve been recognizing them as the beautiful design object they are, so I leave them out more often.  I’ve gotten into the habit of sanitizing my hands, turning on the little mushroom lamp in my bedroom, and taking off all my jewelry when I return home (on the days that I even leave at all).

My mom was born in Jamaica and was very into pre-millennium New York’s burgeoning hip-hop scene, as well as the more alternative house music world. Sometimes she even skipped class to go to auditions for music videos. Gold jewelry, especially hoop earrings, were hip-hop’s trademark, so naturally she desperately wanted a pair. Her boyfriend at the time gifted her these and she immediately fell in love with them. She always felt stuck between the two worlds, and, as a staunch individualist, she wanted to stand out and stay true to herself. She felt that these earrings allowed her to express multiple sides of her identity, which is something that is important to me, too.

My mom and I are both almost 6 feet tall. Growing up, I viewed her as a mirror of myself. When my mom was young, she was approached by modeling scouts a few times, but plus-size modeling wasn’t really a thing back then. They always wanted her to lose 15 pounds or change something about herself. She says she was so insecure at my age, she could never imagine doing what I do now. But as long as I’ve known her, she’s been a total force of confidence. She’s super-stylish and completely owns her height and size, which is so inspiring. My mom taught me to embrace my eccentricities. Now my height is one of the things I love most about myself.

My mom let me explore and experiment and do my own thing. There was never a point where either of my parents told me I needed to become a lawyer or a doctor. They wanted me to do whatever made me happy. They’ve been so supportive of my journey. These days my mom sometimes comments on my Instagram posts to critique a particularly outlandish outfit, but she does it lovingly, knowing I have the confidence within me to not care what anyone else thinks. As long as I’m happy, she’s happy.

The thing I admire most about my mom is how she carries herself. She’s fully herself all the time. She’s completely unconcerned about what people think of her. She’s always wanted to carve her own path. I’ve tried to do the same in my life, but especially living in New York, where anyone you know could be around the corner at any moment, it’s hard not caring what others think. But I try to emulate her as much as I can.