That Super-Secret IKEA Collab Finally Has Some Details

Tom Dixon and IKEA are teaming up on what may be the flat-pack furniture retailer’s most intriguing (and most secret) collection yet. 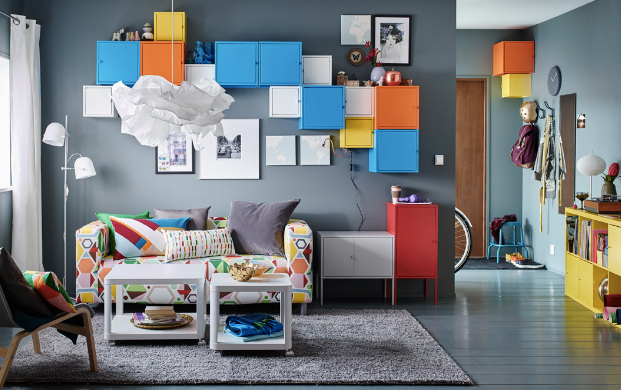 Get ready to rub your hands together in a greedy, greedy motion. Back in June, furniture-heads (us included) swooned just a bit when we heard that super-designer Tom Dixon was working on a “secret” collection for Swedish self-assembly furniture behemoth IKEA. Details were scarce, but expectations were high. Now, thanks to Dezeen, some of the blanks surrounding the collaboration are being filled in by none other than Dixon himself and darn it if they aren’t incredibly intriguing.

At a press conference previewing the 56th edition of Milan’s Salone del Mobile, the designer dropped some serious hints including the fact that this is a modular furniture system. “Rather than a bed that you buy for a short period of time,” said Dixon, “it’s a sort of platform for living that can evolve into a sofa or into a workstation, according to plug-ins that you put on top.” He continued, “Very much like the iPhone, I’m hoping to encourage a whole ecosystem of apps that you stick on top of this basic platform of the bed.”

This is rather not what we were expecting but makes a ton of sense. It’s an unwritten rule that some of the IKEA pieces you pick up over your life—beds in particular—outlive their usefulness rather quickly, becoming features of guest rooms, hand-me-downs, or things your trash collector won’t pick up. A way to give those pieces a second life would not only be a financial win, but an environmental one as well.

Dixon added details about the proposed add-ons, saying, “We’ve got a project with three universities—the Royal College [of London], Parsons in New York and Japan—so there’s 75 very fine minds working on it right now with actually much more superior ideas to the ones I came up with in the first place.”

He also suggested that perhaps (just perhaps) third-party companies and designers might be buttressing IKEAs modular offerings with their own takes on the concept. Said Dixon, “The objective is very much that IKEA take on the distribution and the manufacturing of this thing, and they’re selling more of the platform because other people are creating an ecosystem around it.” He added, “There is already a couple of companies on top of my own that are customizing this object, so watch this space.” Indeed we are.

The main piece of this bed/couch/whatever-you-want-it-to-be system, which is said to have an aluminum frame and design cues taken from this, will premiere next April at Milan Design Week and roll out to customers later that summer. Until then, we’ll just have to keep rubbing our hands together.