Get in Line: All of Domino HQ Is Going Nuts Over This Wellness Tool

Aches and pains be gone. 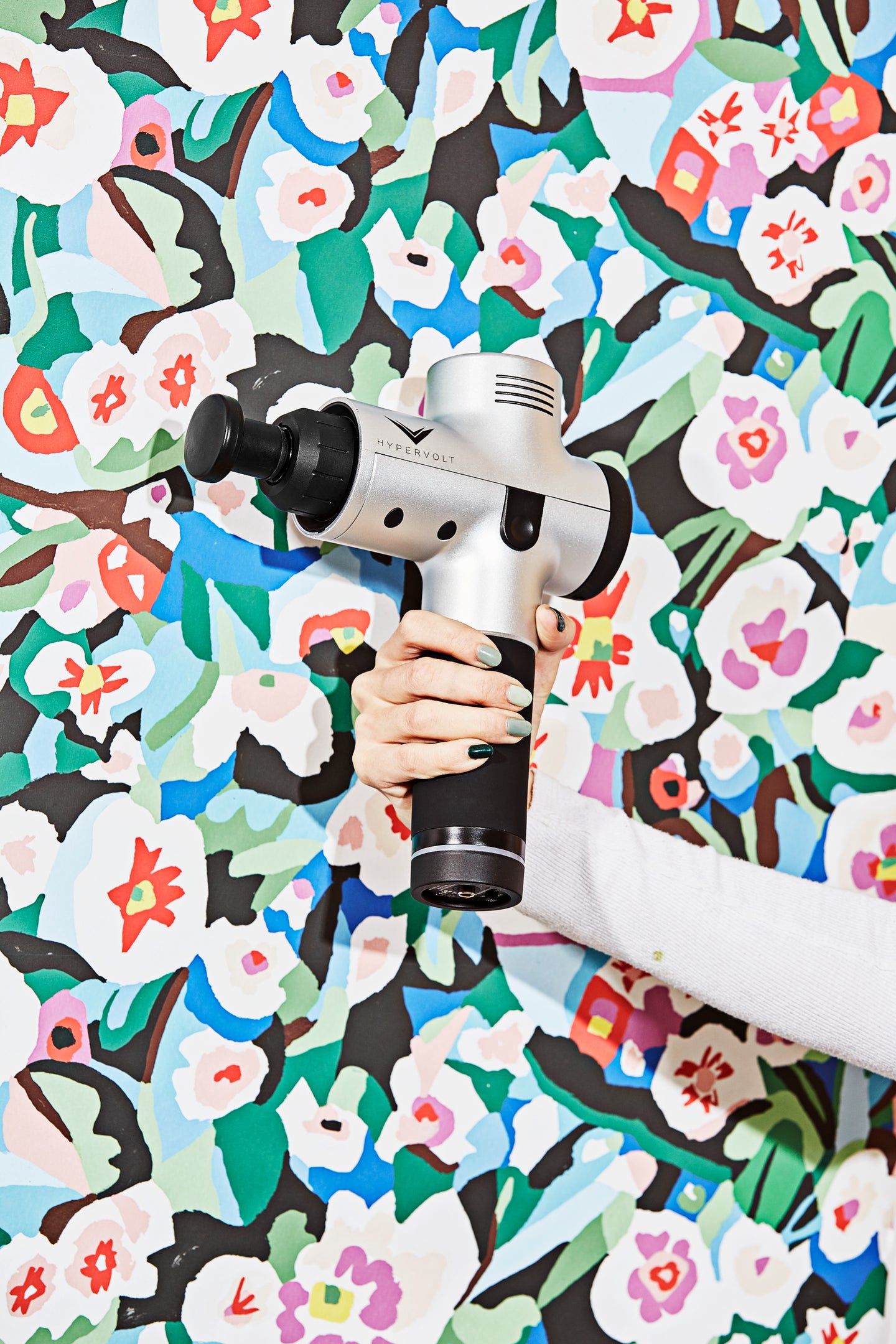 A pandemonium usually reserved for special occasions, like sample sales and JFK International Airport travel, has been constant and repeated at Domino ever since one odd-looking tool arrived a few months back. It’s hard to remember a time before our handheld vibrating massage tool.

Say hello to the most beloved device at Domino HQ: Hypervolt ($349). The massage device is known, both in and outside our office, for its effectiveness. Think of it as the greatest masseuse hidden inside one impact driver–looking tool. Hyperice is a brand that specializes in recovery-related tools—from a vibrating foam roller to a heated, vibrating wearable back device—that are basically made to alleviate various sore muscles. But the Hypervolt is the one we can’t stop talking about. The tool has four attachments, ranging from a firm foam circle to a two-pronged plastic fork, and it has three speeds that help you loosen tight muscles and reduce overall soreness.

Made for athletes and nonathletes alike, this device is multipurpose, and each of our editors uses the massager for a different one (let us count the ways).

“It’s a real quick hit when you’re stressed in the office and feel tension in your shoulders creeping up,” said one editor. She uses for a few minutes and, voila, the handheld device melts away stress.

In Lieu of Foam Rolling

“I’m constantly in pain—from a knee injury that won’t go away to my neck feeling the effects of sitting at a desk a day,” says another editor. Her physical therapist says she needs to foam roll for at least 15 minutes a day. “I don’t do that,” she says. Instead, she uses the Hypervolt to soothe the tightness issues, and increase blood flow to areas that need it most. “Whenever I feel my leg getting stiff, a few minutes with the Hypervolt really helps out. While I know the Hypervolt should be used in tandem with foam rolling, you really can’t beat the ease and location-targeting of the device.”

Daily Hypervolt usage is a must for our social editor too. After hip surgery and physical therapy, she was still feeling pain in her legs and glutes. “Unlike foam rolling—which is awkward and actually painful—using this machine was more like a short, intense massage that felt enjoyable.” Admittedly, she says she’s kind of a baby, but she can even handle the intense pressure that comes from the lowest setting.

“I used it for the first time after I was really sore from a vigorous workout,” said an editor in marketing. She noticed immediate relief after use, but it was the long-term results that hooked her. “It was over the course of the next couple of days that I noticed a faster recovery period with my muscles, which I loved.”

Another uses it to address post-workout soreness or to alleviate an oncoming charley horse. “Whenever my calves feel like they are about to explode, massaging them with the Hypervolt helps me avoid an all-out spasm.”

Our wellness editor suffers from alarmingly large knots in her shoulders (“I carry around a lot of baggage—literally and figuratively”). They can leave her neck and upper back feeling incredibly tight. She gets frequent massages to help alleviate the pain but also relies on mini massages every few days from the Hypervolt. “The device helps work through any sharp pains that are piercing and distracting,” she says. “I wouldn’t use it in lieu of my massage, but it’s a fantastic add-on to help work through knots and pains.”

Our social media editor also uses it to work through knots. “Like most people I know living in NYC, I carry lots of stress in my shoulders and have terrible, terrible knots, and the Hypervolt has really helped.”

The Hypervolt price is noteworthy too. In what seems quite expensive to the standard novice, the massager is actually on the lower price point compared to other similar devices. For the soon-to-be-released Theragun G3PRO (the newest version of the popular Theragun G2), the price point is $599.

The more expensive tool might be known for its power, but it’s also known for its noise. The Hypervolt is louder than the silence of a massage ball or foam roller, of course, but it’s much more discreet than its competitors. In fact, the only people who notice it humming are those who are counting down the minutes until they can have their turn with it.