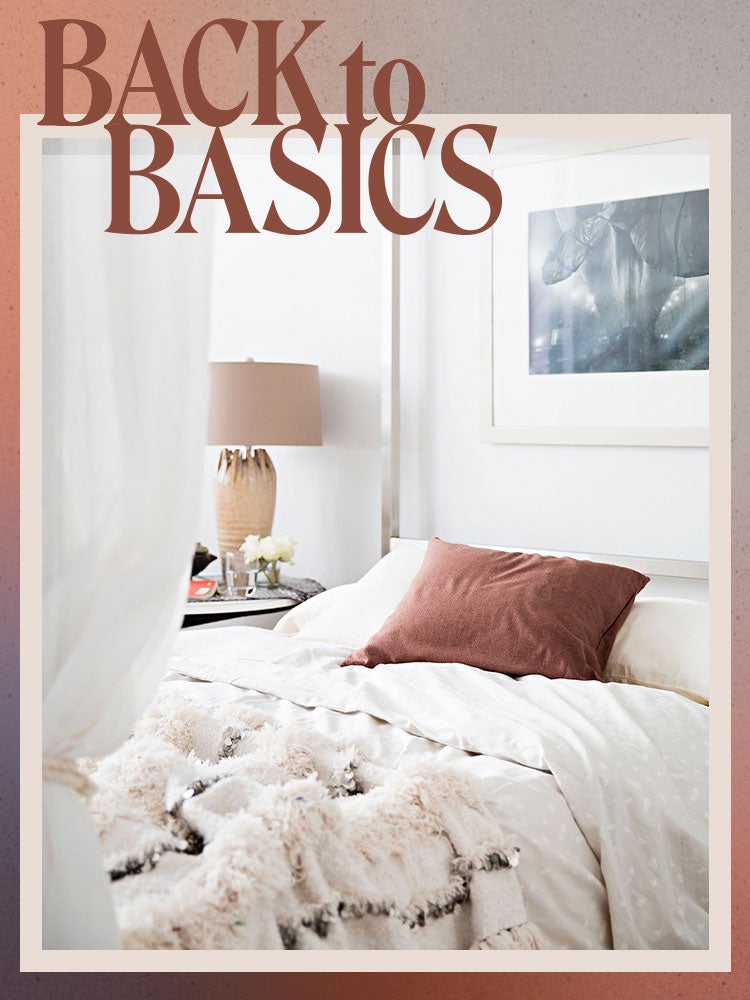 “A few years ago, I was so frustrated with how to put on a duvet cover that I was like, ‘We’re switching to a comforter!’” content creator Arvin Olano recalls. He started searching online for a better way—and eventually stumbled across a nearly decade-old YouTube video with a strategy that completely changed the way he views the process.

The so-called burrito hack works “like magic,” Olano says, and it is much faster (think: less than five minutes) and less frustrating than the traditional method of shimmying your cover over your duvet insert from the bottom up.

He should know: Olano has to wash and put on his duvet cover nearly every weekend thanks to his accident-prone puppy, Sage. “Before, it felt like such a chore,” he says. “Now it’s easy.” Luckily you don’t need any additional gear—just yourself, your insert and cover, and an open mind.

Step 1: Turn Your Duvet Cover Inside Out

It seems counterintuitive, but starting out with an inside out duvet cover is crucial: “It does all the work for you,” explains Olano. Meaning you won’t have to wrestle with shoving one into the other—it’s just part of the process (which Olano also takes us through via video, below).

Match up the four corners of the cover and the insert, laying the insert on top. This is also the moment to make sure your comforter’s filling is fluffy and even. If not, give it a good shake.

Step 3: Tie the Two Together

Fun fact: Most duvet covers have ties or snaps hidden inside to help hold your insert in place. Take advantage and fasten them around each of the duvet insert’s corners. “You don’t want the insert to move around while you’re sleeping,” says Olano. “Then it feels weird and uncomfortable.”

Take note of where the opening of your duvet cover is and start from the opposite end. Roll your duvet insert and cover together toward the opening. “You want it to be as tight as possible,” he adds.

Step 5: Turn the Cover Back on Itself

Find the cover opening and pull the top edge over the entire roll; now the right side of the material will be facing out. “It encloses on itself,” Olano explains. (You’re basically inverting the duvet cover around the ends.)

Unroll the duvet back toward the way it started, taking the right-side-up cover with you—and that’s it. And if you don’t get it on the first try, don’t panic; it took Olano a few attempts at the burrito hack before he nailed it. The rest is history.