How Often Should You Actually Wash Your Duvet?

It’s time for a deep clean. 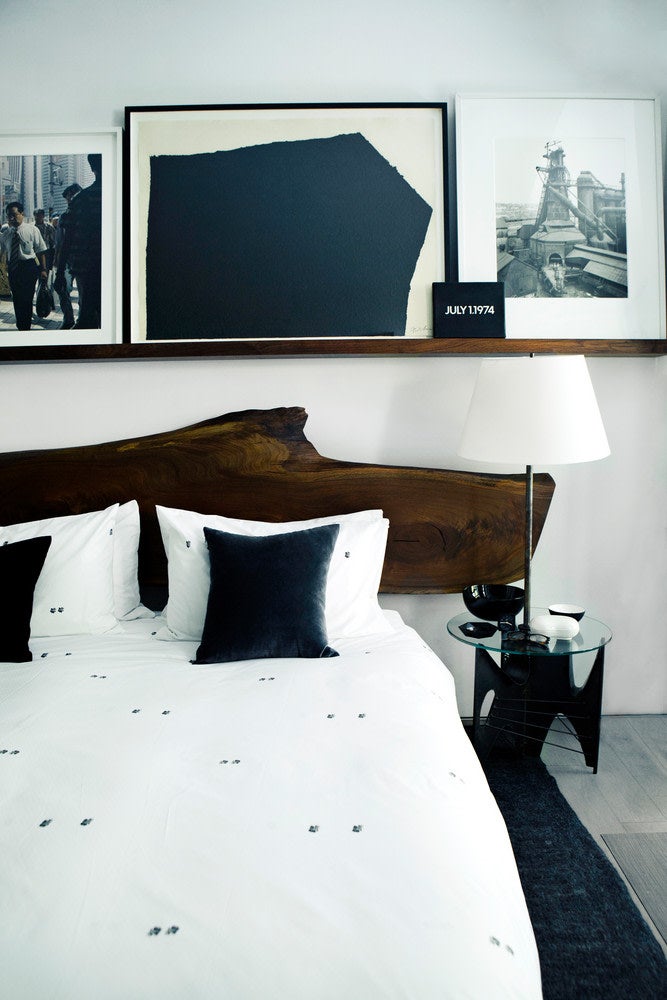 Is there any greater feeling than hopping into a freshly made bed, with a fluffy, clean duvet to cuddle up into? The simple pleasure of a well-made bed might be tinged by the fact that your duvet is probably dirty. (Sorry.) Why, yes, it is protected by a cover or sheets, and that might seem like enough to keep it from needing laundering, but in reality, your duvet definitely needs cleaning.

A study conducted by the University of Worcester found that a six-month unwashed duvet can contain up to 20,000 live dust mites. The study also said that an unwashed duvet can contain dead dust mites, dead skin cells, and even fungus, calling it a dirty duvet plague. (Apologies in advance for your sleepless night tonight.) Granted, a lot of these participants were not using a duvet cover, so that contributed to an excessively dirty duvet insert.

Admittedly, duvets are rather bulky and difficult to wash—if it were easy, we wouldn’t be waiting six months to wash them. Yet it doesn’t have to be as difficult.

Your duvet is made up of a duvet cover and a duvet insert, each has different washing recommendations. “For the outer duvet cover, I recommend washing it every few weeks or as needed for cleanliness,” says Missy Tannen, co-founder of bedding brand Boll & Branch. As for the duvet insert, if you are protecting it properly, every six months will be okay, says Tannen. “After using it for the fall and winter, cleaning is recommended in March, and then again after spring and summer use in September.”

When it comes to washing it, you might have to head to a professional laundromat to utilize their large-scale washers and dryers. You want to ensure it’s both fully washed and especially fully dried. Otherwise, you can have clumping of fabric inside the insert, and if it’s not fully dried, the filling can begin to mold and rot. (Yet another nice thing to dream about tonight.)

Wash solo in cold water in the gentle cycle, and use only the minimal amount of mild detergent (like The Laundress‘s Wool & Cashmere Shampoo) to ensure none is left on your duvet after the wash cycle. Pro tip that is often forgotten: Don’t pour detergent directly on your comforter and instead pour directly into the drum of the machine or special detergent compartment. “It seems obvious, but it’s a common mistake,” says Vicki Fulop, co-founder of bedding brand Brooklinen. Once your comforter is done, put it through another rinse cycle, without the detergent, to make sure all soap residue is gone, says Fulop. Does it have a wet dog–like scent after washing? That’s totally normal. It’s just the down getting wet, which will go away once it’s fully dry.

For drying, use a low heat setting with two to three tennis balls or dryer balls so that the fill moves as it dries and isn’t stagnant in one corner. Halfway through the dryer cycle, remove the duvet and give it a good shake to redistribute feathers while moving around any remaining clumps with your hand before adding back to the dryer, says The Laundress. Most importantly, assure it’s fully dried—you’ll likely need to put it on a second or third dry cycle even. After all that work, you should have a fluffy, clean duvet to curl up with again.

Does this all sound like a lot of work? Fear not, because you can just get it dry-cleaned too. “I recommend dry-cleaning mostly because washing a down comforter poses a higher risk of damaging it,” says Leo Wang, founder and CEO of Buffy. He still recommends the twice-a-year cleaning if you’re professionally cleaning it too.

Also, pay attention to those oft-overlooked washing recommendations on the duvet. It probably takes away the guesswork by strongly suggesting the cleaning method (washing versus dry-cleaning) based on the filling.

Does this all feel like too much? Fulop says you can probably let it air out instead. “Ideally, you would just shake and air out your duvet insert outside on a line twice a year to keep it fresh.” She says that as long as you keep your duvet cover regularly cleaned, you shouldn’t need to wash your duvet insert as frequently because it could harm them. “The rule of thumb for duvet inserts, especially if they are down, is to wash as little as possible to protect the down clusters inside and keep the duvets nice and fluffy.”