A Psychedelic Pattern Pops Up All Over This Just-Opened Hotel, and Jenna Lyons Approves 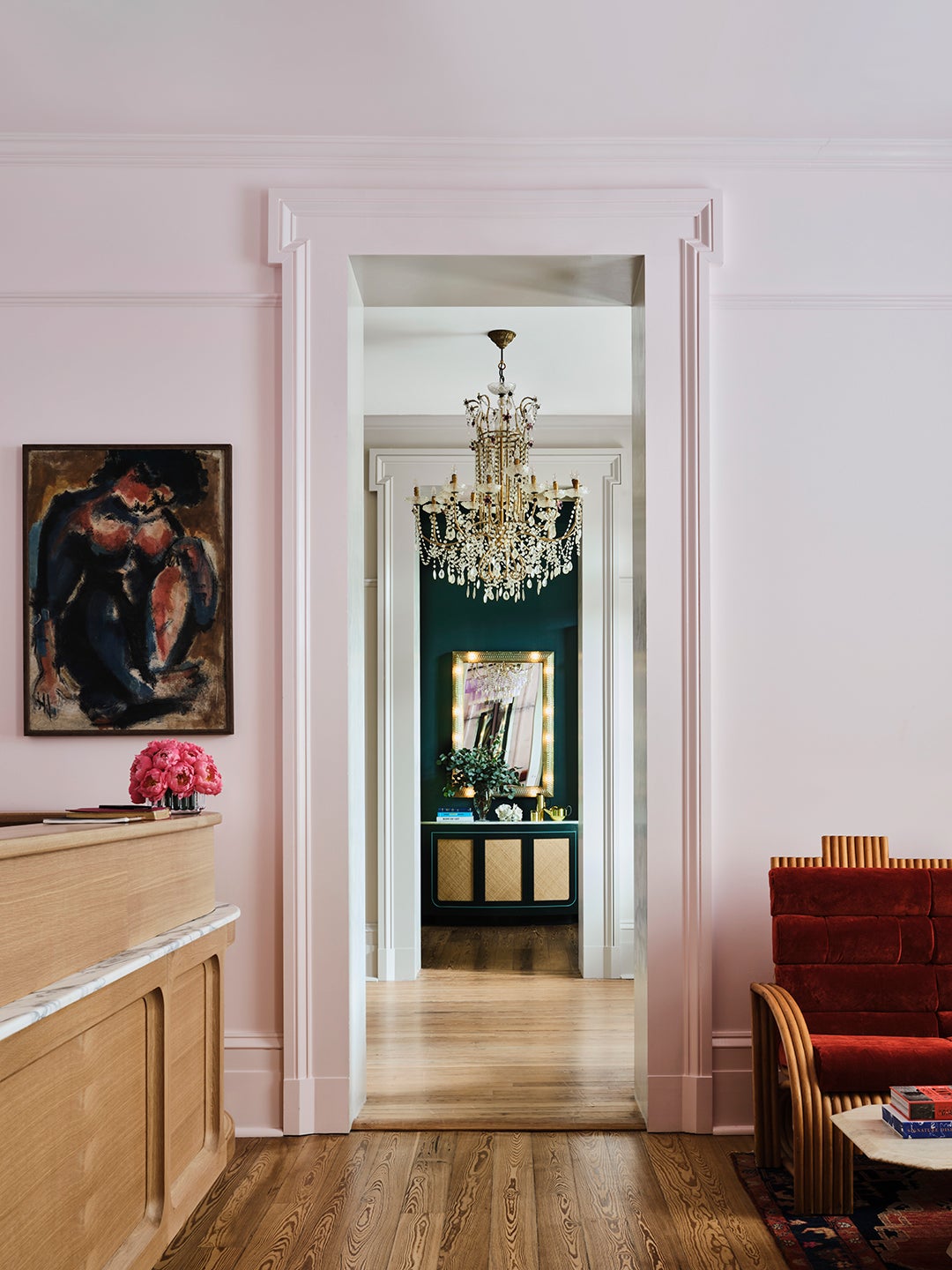 In April, when Jenna Lyons posted a photo on Instagram of a cavernous empty room that had a psychedelic marbled wallpaper, it was obvious that something cool was brewing. Now we know that she sharing snaps from the Hotel Saint Vincent, a brand-new, 75-room orphanage–turned–hip hotel in New Orleans’s Lower Garden District.

“When you dig into New Orleans, you realize how much there is to draw from—Spanish, Italian, and French, to name a few cultural influences on design,” says hotelier Liz Lambert, a friend of Lyons’s and partner of MML Hospitality and Lambert McGuire Design. “So we began with classical Western European details and then put on a full overlay of Italian modernism.”

Those themes inspired the palette, a compilation of grays, corals, reds, and gold that appear the minute you walk into the lobby. In the guest rooms they weren’t afraid to mix paints to achieve the just-right level of moodiness: a mashup of Farrow & Ball Elephant’s Breath and Mole’s Breath lines the walls, a shade the Lambert McGuire Design team now affectionately calls Gator’s Breath.

And then there’s that psychedelic wallpaper, which they commissioned from a friend, George Venson of Voutsa, who got inspired by the marbled bindings of the orphanage owner (and noted philanthropist) Margaret Haughery’s financial ledgers. Lambert and her partner, Larry McGuire, loved the pattern so much that they used it all over, including on the Far West robes, headboards, and lampshades.

Another custom detail? The ’70s-inspired Murano blown-glass disc chandeliers that appear in the bathrooms. The yellow shade was made specifically for Hotel Saint Vincent.

But most of the furniture is a nod to the building’s history. “A lot of the art and details are vintage, including the chairs in the lobby and throughout the corridors and many of the coffee tables in the rooms,” says McGuire. “Liz and I have been living in New Orleans the past few months, so we finished out the styling by shopping around the city.” (Hot tip: Their favorites are Sud, Lucullus Antiques, and Merchant House.)

But before they could even get to decorating, the pair took their time restoring the 1860s-era building, which they first came across in 2014 in disrepair. “Structurally it was pretty intact, but it had drop ceilings and layers and layers of carpet, duct tape, grime, and vinyl,” says Lambert.

You wouldn’t guess that now, looking at the hand-painted murals in the Paradise Lounge, the lobby bar, and the different ways the pair incorporated velvet (an “eternal” fabric, says Lambert). All that dark and dramatic beauty, well, kind of makes you want to post it on Instagram.