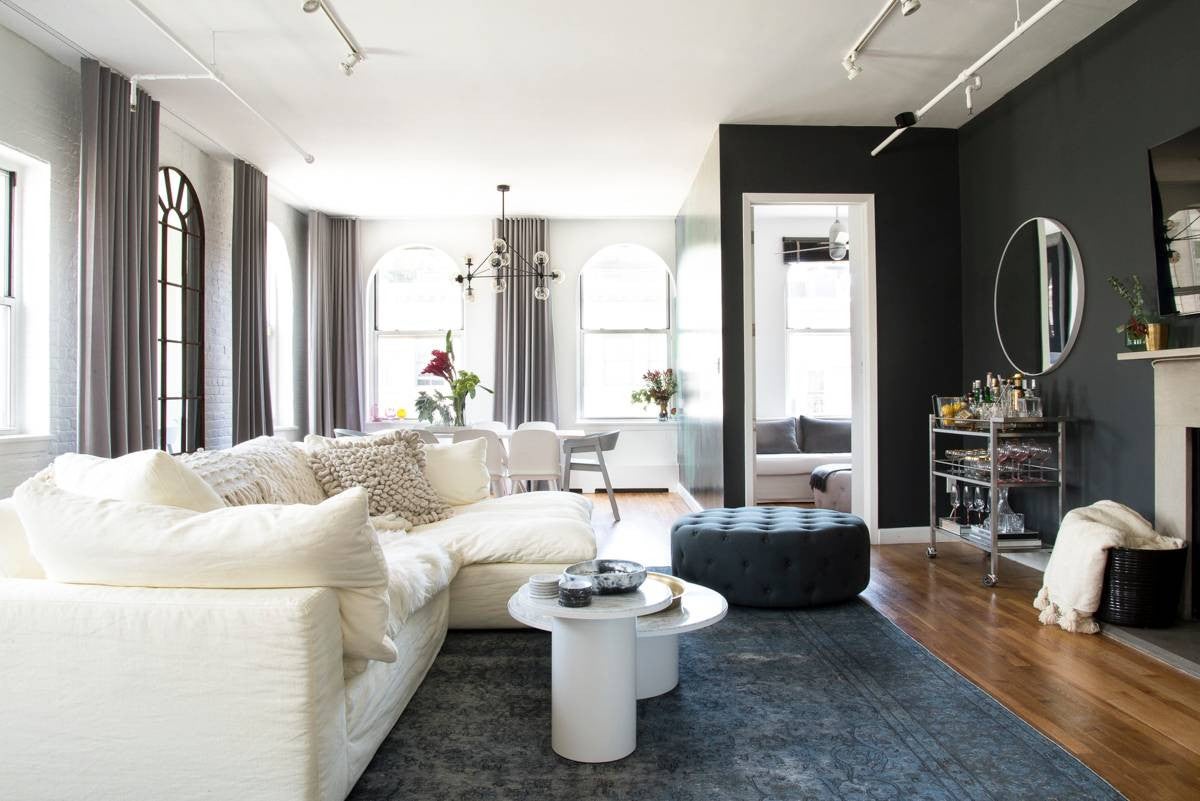 WALKING ALONG THE SIDEWALKS

of Broadway below Houston, one encounters the storefronts and busy window displays of such retail giants as H&M, TopShop, Uniqlo, and Zara. SoHo has become a premiere shopping district of New York, attracting thousands upon thousands of cosmopolitan shoppers every week. But if you happen upon a long-time resident of the area, perhaps while stopping into one of the area’s ever-disappearing bookstores or stumbling into a chic café, they will tell you of a very different SoHo. In the 1970s, the neighborhood’s cast iron and masonry buildings became the sanctuaries of a rising artist class, including such names as Keith Haring, Donald Judd, Gordon Matta-Clark, and Chuck Close.

SKIP BACK TO MODERN DAY,

and you’ll find Monica and Andrew Komrey, a couple who recently purchased one such former artist loft space. Unlike the studio space of the 70s, the 2-bedroom, 2-bathroom apartment had been washed of character and color, becoming a sun-washed albeit slightly monotone place. The two looked to Homepolish designer Tali Roth to channel their young and vivacious personalities into the home.

LOOKING TO THE DISTRICT’S COLORFUL HISTORY,

Tali wanted to bring the apartment a contemporary vibe while restoring more artistic elements. The bedroom and guest area are both studies in contrast whether it’s the stark charcoal and white walls or the textures in the rooms. The living room and dining area, where the couple spends most of their time, received the most attention. Sculptural elements from an aluminum and glass chandelier to a midcentury armchair and steel bar cart can almost stand on their own as works of art. An incredible wallpaper by Carol Bachelor raises the dining room to the level of gallery, almost reading as a close-up of Monet’s The Water Lilies. And in the center of it all? A giant cloud-like sofa to plop down and take it all in.