A Former Historic Preservation Board Member Drops Her Reno Wisdom

Five tips from her own six projects. 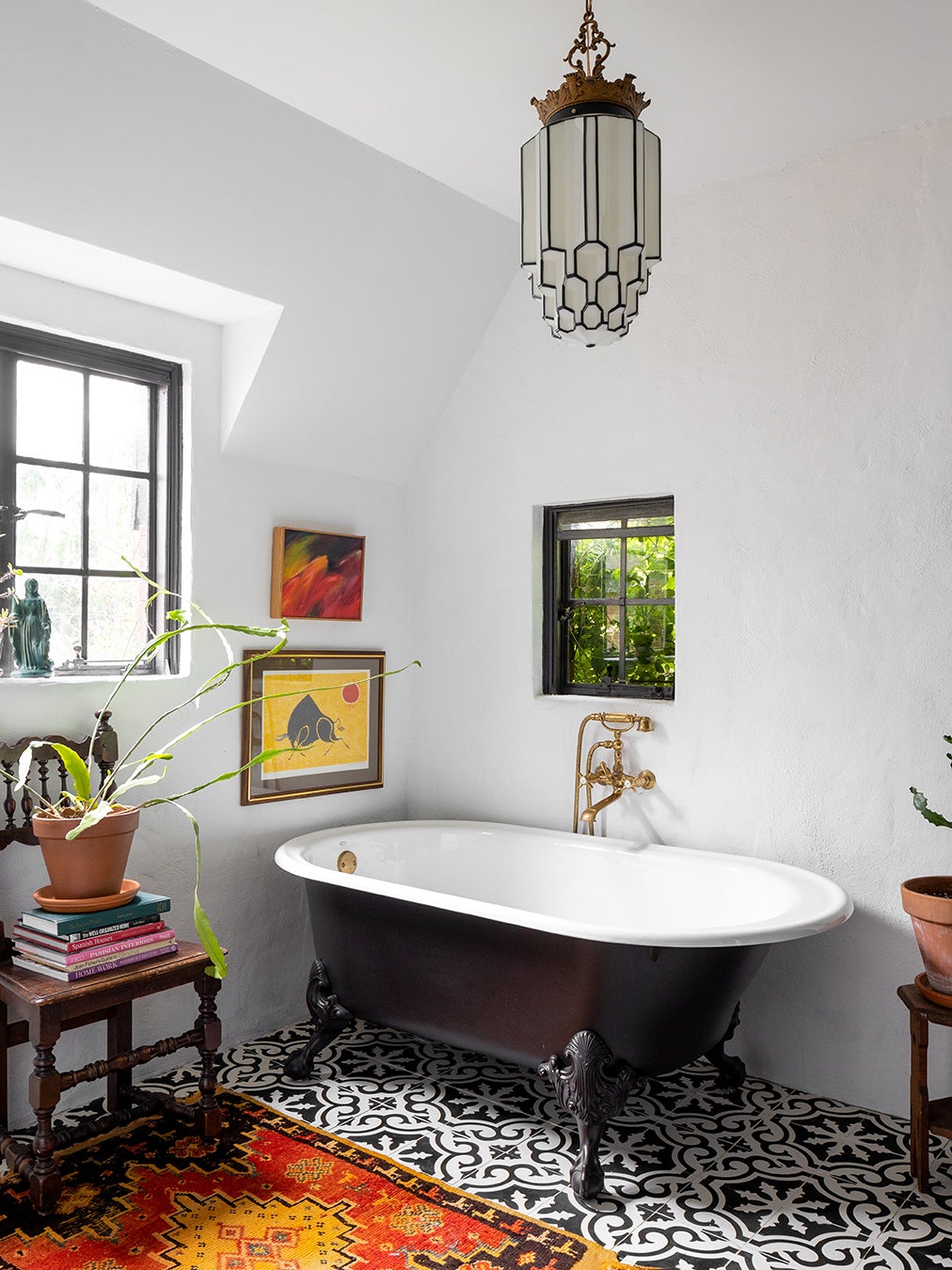 Sharon Astrin was 13 years old when she took on her first design job. “My parents were building their dream home and they let me have a lot of input,” she recalls. Fast-forward decades later: Her thoughts on architecture and style carry even more weight. Astrin and her husband, Randy Marks, have rehabbed six homes together, starting with a Craftsman in Birmingham, Alabama. Their most recent project was a 1928 Tudor revival in Oklahoma City, where Astrin sat on the historic preservation board for five-and-a-half years.

“Most people don’t know anything about guidelines for exteriors or getting a certificate of appropriateness until they accidentally happen to move into a historic preservation neighborhood,” says Astrin. Her job on the board was to shepherd homeowners through the approval process and ensure certain rules were followed (for example, if someone wanted to replace their windows, she wanted to know that the new ones weren’t vinyl). “It’s very much a collaborative process,” explains Astrin. She’s learned plenty about maintaining character while overseeing other people’s projects, but also during her own renos (four out of six have been historic houses). So we asked the pro to drop some wisdom on the topic.

A lot of people tend to view historic preservation guidelines as silly or unnecessary, notes Astrin (no one likes to be told they can’t do something to their own property). “But if you can get beyond that and think about why you shouldn’t want to tear out the windows—it doesn’t look or feel right when you do; it doesn’t go with the context of the neighborhood—then you start to enjoy it,” she explains.

Because Oklahoma City was only founded in 1889, most of its residential development kicked off in the early 1920s when influences from Europe were strong, namely Tudor revival–style homes. All to say, Astrin has seen plenty and knows the features that make them special, inside and out. If you are house hunting and come across one, look out for decorative chimneys, herringbone brick patterns, interior arches, heavy doors, ornate iron hinges, and four-over-four or six-over-six true-divided light-paneled windows with steel casements—you won’t want to remove these details.

“It’s heartbreaking when people view a house as an ATM and blow out all the walls and paint everything gray,” says Astrin. “You can’t find perfection when looking for a historic home, but you should go through it piece by piece and ask: Has this been ruined? Can it be replaced? What can I not work with?”

It’s Okay to Not Be Historically Accurate All the Time

Taking cues from the interior architecture doesn’t have to mean buying all Stickley furniture. It’s more about matching the mood. “It’s not a museum or a stage,” says the designer. For instance, Astrin’s last project had a rich feeling to it with dark floors, original plasterwork, heavy iron sconces, and a brick-swathed solarium, so she knew blush pink paint, rose gold lighting, or fluffy accent pillows wouldn’t have made sense. Instead she drew on its bones and brought in nods to Marrakech (a city she’s spent a lot of time in). “The rugs, textiles, tiles, and saturated colors play nicely together,” she notes.

Become an A+ Student

Even after you’ve purchased a historic home, walk around and look at the details. “Do an audit of what’s original,” recommends the designer. If the trim is smaller or a different shape than the trim in another space, you know you’ll have to investigate further and potentially add it to your list of restorations. Also don’t forget to learn about the neighborhood. “When you buy a historic home, you are its steward,” she explains.

Carve Out Time and Money for Removal

Your budget and timeline are going to look different from those of someone who is adding fresh hardware and wallpaper to a place built in 2004. “You’re going to spend more on things like demolition,” notes Astrin. Studying up on your house also just takes longer (it’s time-consuming to go to an architectural salvage store and hunt down a solid wood door that is of the era). “And it’s really important to find subcontractors who understand historic houses—they’re so different from new construction,” she adds. Stick to these tips and your rehab will be one for the (history) books.