Without changing the floor plan. 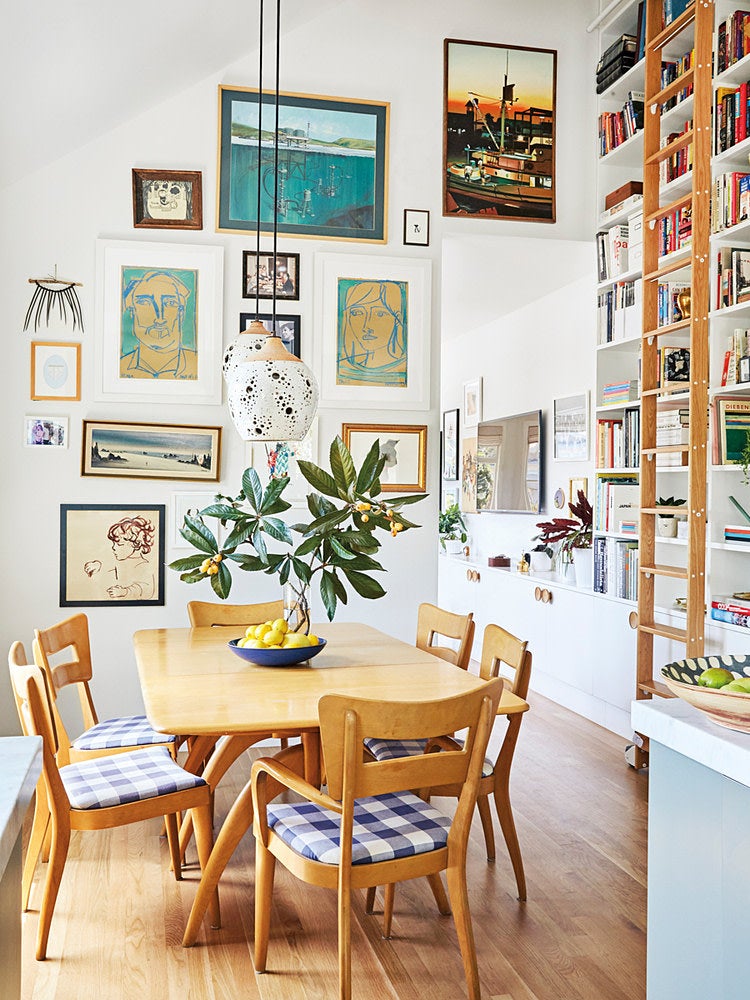 Over the 50-plus renovations she’s worked on across her career, Los Angeles architect and designer Emily Farnham has pretty much seen it all. Her projects have ranged from a 1904 bungalow in Elysian Heights (which she now calls home), to actress Mandy Moore’s 1950s oasis in Pasadena, to a historic equestrian watering hole turned swimming club. “Not what you’d expect, right?” she laughs.

Her current love: classic mid-century modern homes, and she’s lucky enough to have an abundance of them right in her backyard (California was the birthplace of the architectural movement, after all). “The floor plans back then were driven by utility and connectedness—the delineation between formal space and everyday space totally dissolved,” says Farnham.

Through the years, she’s learned a lot about what it means to achieve that coveted “open and airy” feel, but you won’t find her changing up blueprints for the sake of feng shui. “I’m not going to tear down all the walls in a Spanish Colonial Revival home,” she says. “No way!” We chatted with Farnham about the dos and don’ts of open-concept living—and how she knows when to put down the sledgehammer.

If You Can’t Gain Square Footage, Fake It

Farnham has extensively studied classic two-bay Cali bungalows (it’s the dominant housing type in her Silverlake neighborhood, so she’s worked on a bunch of them—including her own). The homes are known for their long, narrow lots and efficient floor plans: One bay is for the living spaces, and another is for the private spaces, like bedrooms and bathrooms.

While renovating her own home, she got creative with ways to reinterpret the space. There wasn’t a lot of room to go outward, but there was an opportunity to go up. To allow more light to come into the confined space, she lifted the ceiling in the dining area. “While it didn’t give us any more usable square footage, it certainly was worth it for the visual impact,” she says. Sometimes, vertical thinking really pays off.

In the case of Moore’s renovation, Farnham and the interior designer on the project, Sarah Sherman Samuel, inherited a mashup of details left over from the ’90s. “Our only sacred context was the blonde brick that, thankfully, had been left alone,” she recalls. The partition, which extends from the outside of the house, through the glass exterior walls, creates the feeling of a formal entryway and acts as a statement piece in the living room.

Choose Finishes That Elongate the Room

Context is king in Farnham’s book, and once the important questions have been addressed (What era was the home built? Are there newer additions covering up old features?), everything starts to fall into place. “It’s almost cheating because the answers are all around you,” she says.

advertisement
“Our only sacred context was the blonde brick that, thankfully, had been left alone.”

In one kitchen she worked on, Farnham took a cue from the proportions of brick used for the original hearth and the tongue and groove panels on the ceiling. “We landed on the most natural fit: elongated Heath tiles,” she says. The new material, which now lines the walls, adds to the illusion of breadth.

We know we said Farnham is judicious about taking down walls. But on the flip side, her Hyperion house is the perfect example of when it’s the right move. The bungalow was so compact that demolishing walls that divided the kitchen, living room, and dining room was the best way to create an overall flow. Then, Farnham created a final focal point at the end of the open-format house: a private sunken garden. “Now, the first thing you see when you walk in the front door is this verdant oasis, created from a crumbling parking lot,” she says. All these “zones” sit on the same axis, allowing natural light to fill every space.

advertisement
“I’m not going to tear down all the walls in a Spanish Colonial Revival home.”

Figure Out Your Furniture First

Deciding whether or not to knock down barriers seems like a logical first step in a renovation, but Farnham suggests looking at the bigger picture first. Take down one too many thresholds, and your space can suddenly be very challenging to furnish. “When I’m designing, I always draw the furniture layout and I’ll even get specific about pieces I want to use,” explains the designer.

In her own home, Farnham opted to leave the wall between the living and dining areas intact because she wanted each space to feel different. “Plus, I needed surfaces for my artwork!” she says. A wall in the right place can be an interior palate cleanser—and possibly the perfect spot to hang a brand-new print.

See more stories like this:  Marble, Terrazzo, Unlacquered Brass—This Kitchen Reno Has All the Right Ingredients I’ve Renovated More Than 70 NYC Apartments—This Is the Mistake I Always Notice What I Wish I Knew Before Renovating My Tiny Kitchen