Elaine Welteroth’s Custom Closet Is a Master Class In Organization

Here's how she did it. 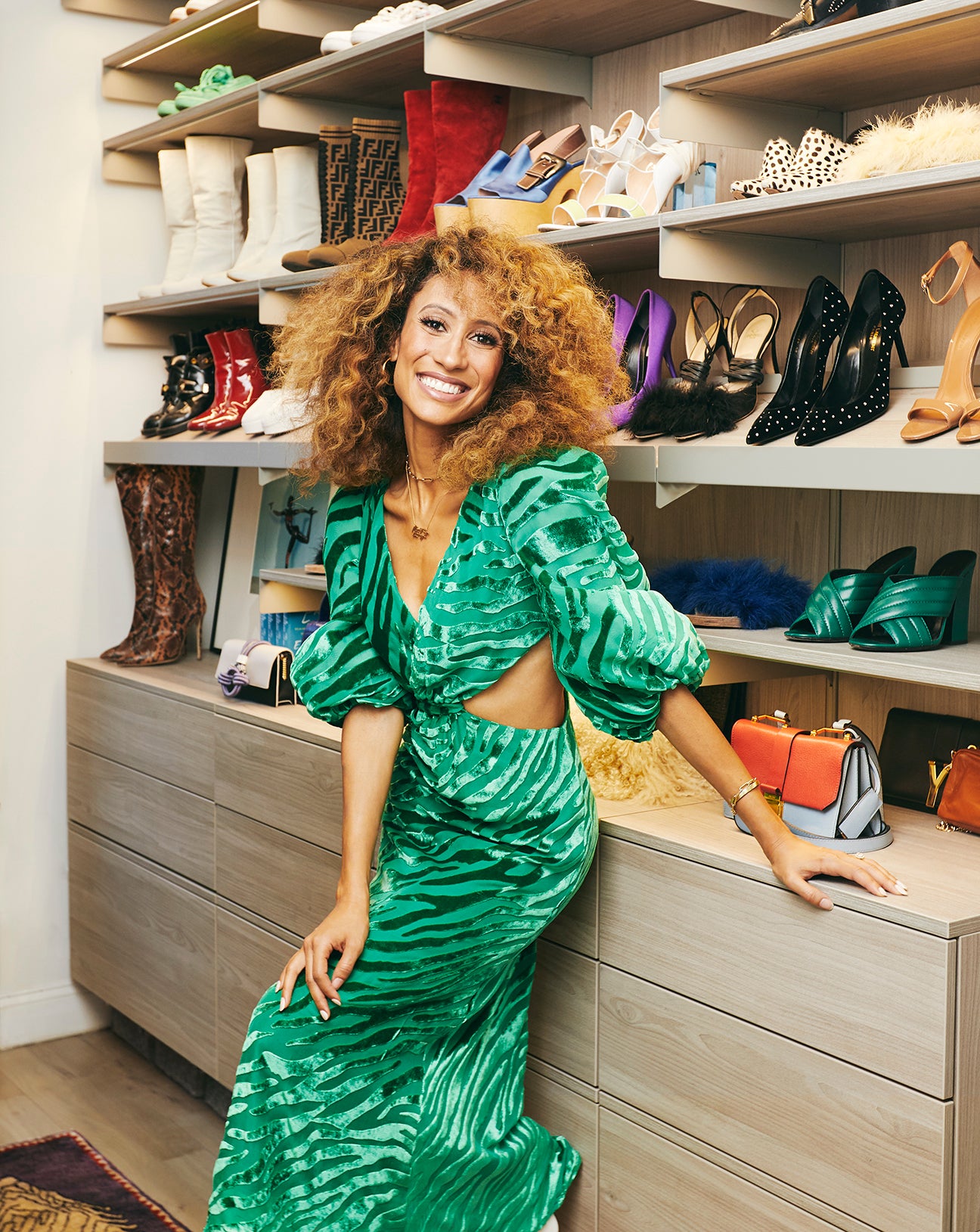 Elaine Welteroth spent much of her early career stowing shoes under her desk. As a young editor at Ebony magazine, she lived in her fair share of “shoebox apartments”—while her office cubicles became literal shoeboxes. Eventually, when Welteroth was named beauty editor of Glamour and then beauty director of Teen Vogue, followed by editor in chief, she had a full clothing rack to store outfit changes.

Since she left Teen Vogue in 2018, both her wardrobe and profile have entered the spotlight even more. She is now a judge on Project Runway and in June published her first book, More Than Enough: Claiming Space for Who You Are (No Matter What They Say).

“During the process of writing, I needed more creative space,” says Welteroth. She and her fiancé, musician Jonathan Singletary, moved into a three-bedroom Brooklyn brownstone last year—and the change became an act of self-actualization.

Welteroth set a personal goal. Before her book tour began, she would complete the closet renovation. “When you’re traveling nonstop, you have to systemize your styling situation to avoid the mania about dressing every day,” she says.

Welteroth called in her friend Lauren Preston, a freelance stylist for Stella McCartney whom she calls “the black Marie Kondo.” Preston oversaw a daylong purge of not-joyful-enough items. “At first, Elaine told me a story about every piece. After an hour, I said, ‘Sister, no more stories!’ We literally touched every single thing in her closet.”

Preston then helped create storage space for Welteroth–including counting the number of shoes she owned (there was a “freakish amount of sneakers”) and measuring every heel height to account for each item Welteroth was keeping.

Next, The Container Store’s custom closets team came on board to offer expertise. “We had lots of great space to work with,” says their custom closet designer but Welteroth’s previous closet system “was not utilizing the room well or giving her the access she needed.”

Welteroth was “blown away” by the results: “I’ve had people ask me, ‘Is that piece from a Swedish designer?’ And I’m like, ‘No, it’s The Container Store!” When Preston saw the finished closet, she wanted to “start living in there.”

Ahead, the five key takeaways we snagged from Welteroth’s custom closet transformation with the help of The Container Store.

Organize by style and occasion

Welteroth has accumulated a “rainbow of boss-lady pantsuits” over time, which she turns to for a commanding yet fun and approachable look. The Container Store recommends separating and organizing like items together, so you can go straight to the source when the occasion calls. The pros created zones for different types of clothing—think blouses, blazers, and sweaters—so that it would be easier for Welteroth to see everything she owns at a glance.

Show off your favorite pieces

The former beauty director’s first big accessory splurge was a black Tom Ford bag, which she now displays prominently on a top shelf in the new closet like a mini shrine. A primary goal was to use the room efficiently, such as vertical space, to showcase Welteroth’s wardrobe—white boot collection included.

The team organized Welteroth’s jewelry and accessories, like her “Black Girl Magic” necklace and signature aviator glasses, in velvet trays within the drawers to make go-to pieces more easily accessible—but also to store them out of sight when not in use. The Container Store added under-shelf lighting for extra visibility.

Non-slip velvet hangers ensured that Welteroth wasn’t wasting an inch of space and makes for a cohesive presentation. Take things to the next level and opt for drop-front storage boxes to keep off-season clothing neatly stowed away.

According to Welteroth, the freshly organized space has improved her state of mind. With her wardrobe in order, she’s focusing on new ventures for fall—as well as continuing to speak to young women across different platforms. “I fought for a seat at the table; I was at the head of the table; and now I want to build a new table and invite people to come sit,” she says. Chances are, the sleek pantsuit and pair of kicks she’ll be wearing when the time comes are now within easy reach.

To learn more or to get started designing your space, visit The Container Store. From now to October 13, enjoy up to 25% off Custom Closets, including the best-selling Elfa system.