I May Not Have Kitchen Drawers, But These Containers Are the Next Best Thing

Here’s to banishing clutter for good. 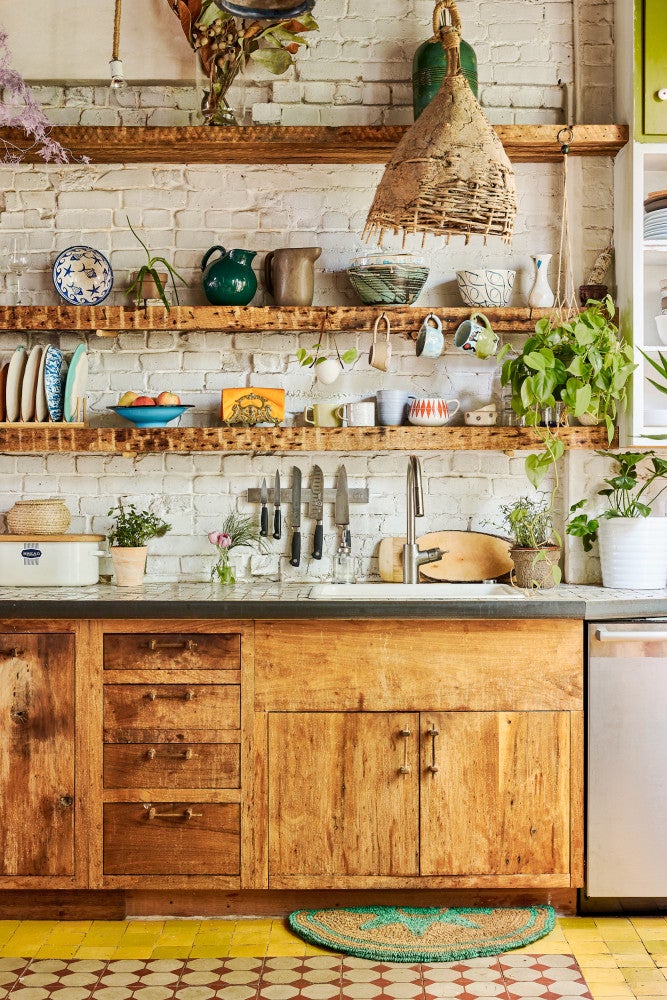 Prior to moving into my NYC studio, I knew that I would have to compromise on the basics—never mind the square footage. As is the case with most metropolitan apartments, the kitchen was the runt of the space, furnished with the bare minimum. I conceded to a mini fridge, a lone cabinet under the sink, and open shelving. Cue the inevitable storage issues that would arise.

First and foremost, I had to deal with the lack of cabinets. As a strict opponent of clutter, having my culinary essentials out in the open was out of the question.

Dust is a major issue when it comes to city living, so it was crucial that I find a storage solution that would incorporate an airtight or lidded feature. After one month of living in the apartment, I realized I was constantly washing and rewashing my plates, water glasses, and flatware—the primary downside of open shelving, which no one ever really wants to acknowledge. But I digress. I needed a design-forward solution—after all, I would be looking at it every day.

A somewhat extensive search led me to this lidded container: It’s sleek and (most important) stackable. Not only would it help keep everything in plain sight, but the transparency of the box would prevent the open shelves from feeling crowded.

While I initially purchased one of these clear boxes to keep my flatware dust-free, I quickly came to realize its versatility. Soon enough, the modular piece became a go-to for tea towels and cocktail napkins, bulky items such as whisks and lemon squeezers, and even my makeup collection—since my kitchen shelves also have to double as a vanity.

The streamlined build of the containers allows me to corral my belongings with ease and provide the opportunity to give clutter order. In a small space, I couldn’t ask for much more.

What’s the one product that doubles as a storage savior in your kitchen? Sound off in the comments below!