Inside the West Village’s Most Sophisticated Bachelorette Pad 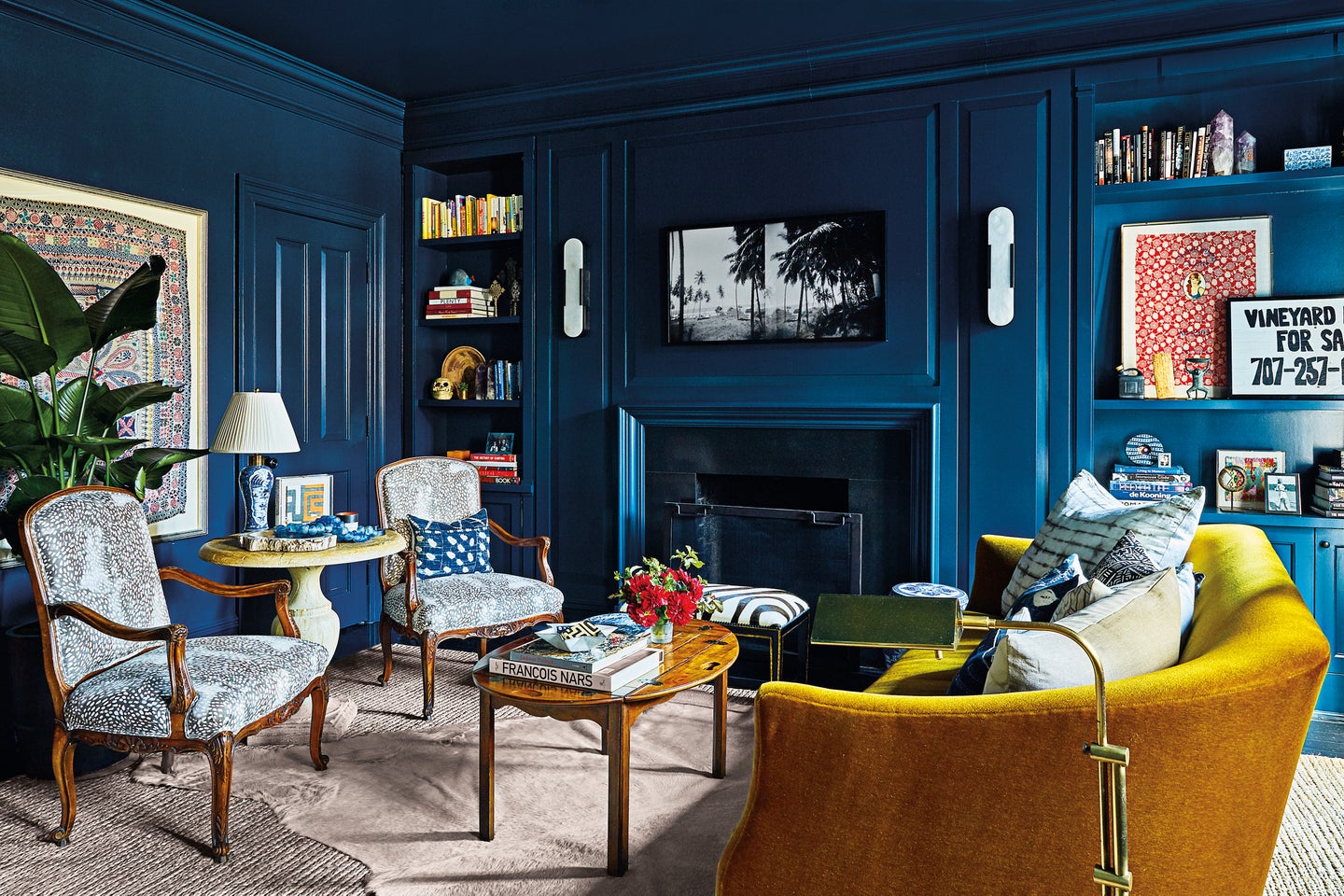 It’s always interesting to see how style trickles down through generations: Some wholeheartedly embrace their parents’ aesthetic, while others seek an antidote to their childhood homes, embracing zen minimalism in rebuke of a chintz-filled youth. But more often than not, we’re influenced by the environments in which we grew up in more subtle ways. Christina Bryant, the 34-year-old founder and CEO of St. Frank, a luxury home decor company known for traditional textiles and other artisanal pieces from around the world, is a perfect example. “My home in New York and where I grew up don’t look alike at all,” says Bryant. “My mom has a very traditional English aesthetic. But at the same time, she taught me so much about art and antiques and has a very maximalist take on design, which I do, too. Her approach is deeply rooted in me, but it comes out in a more bohemian, funky way.”

Bryant, who first fell in love with traditional textiles while working for a health care–based NGO in Rwanda, also credits her parents with passing down their wanderlust. “I was introduced to so many different cultures,” she says of traveling and living abroad as a kid. “It really helped me understand that there are all these different perspectives in the world.”

That understanding increased exponentially during her time in Africa. “I came away from that experience believing that the only thing that will help these communities fundamentally is access to quality jobs,” says Bryant. So after returning to the U.S. and earning her M.B.A. at Stanford University, she established St. Frank in an effort to create well-paying work for artisans in need.

In the five years since, Bryant has grown St. Frank from an online-only operation into a wide-ranging interiors brand with brick-and-mortar stores in New York City, East Hampton, San Francisco, and Los Angeles. Fans and customers include everyone from Oprah Winfrey and Nate Berkus to Moda Operandi founder Lauren Santo Domingo. In January 2018, Bryant moved from San Francisco to New York City to be closer to the design-world action.

As one would expect, textiles and other artisan-made, globally sourced goods have pride of place in the prewar one-bedroom apartment in the West Village where Bryant has since settled. The brand’s wallpaper lights up the bedroom; a traditional Mexican Day of the Dead skull adds a gothic edge to the living room bar cart; and a framed Indian Kantha textile—the first piece Bryant ever bought—hangs in the living room. “St. Frank and my own aesthetic are one and the same,” she explains. “I’m always designing for myself as a core customer.”

With so many textures, patterns, and artworks in play, Bryant turned to Sway Studio’s Consuelo Pierrepont Spitler, who designed the St. Frank stores, to help her give the place a cohesive feel. The two came up with a color scheme that’s heavy on blues and rosy hues and set about transforming the space into what Bryant likes to think of as a “sophisticated bachelorette pad.”

That girly yet grown-up aura is very much on display in the bedroom. “I grew up in a pink bedroom and wanted to return to that sense of femininity, but I didn’t want it to feel childish,” says Bryant, who opted for a geometric St. Frank wallpaper in muted shades of raspberry and dusty rose and then lacquered the adjoining walk-in closet a deep wine color.

While the closet is luxuriously spacious by New York standards, the home’s kitchen is more typically tiny. “Basically all it holds are two hot plates and a toaster—not even a real oven!” says Bryant. Hesitant to remodel as a renter, Bryant instead took the opportunity to introduce a pop of bright color, painting the walls an almost turquoise hue picked up from the glass backsplash. In the kitchen and elsewhere, she points out, “all the changes I made were very superficial—paint, wallpaper, switching out light fixtures. And I’m really happy with how it turned out!”

Still, despite her love of beautiful things, Bryant insists that the best thing about the apartment is not how it looks but what it stands for. “My home represents an independence that I’m really proud of,” she says. “It’s easy to focus on being a single woman in your 30s as a negative thing, but it’s really an amazing time. There are so many benefits to living alone!”

This story originally appeared in the Winter 2018 issue of Domino, titled “Miss Independent.”