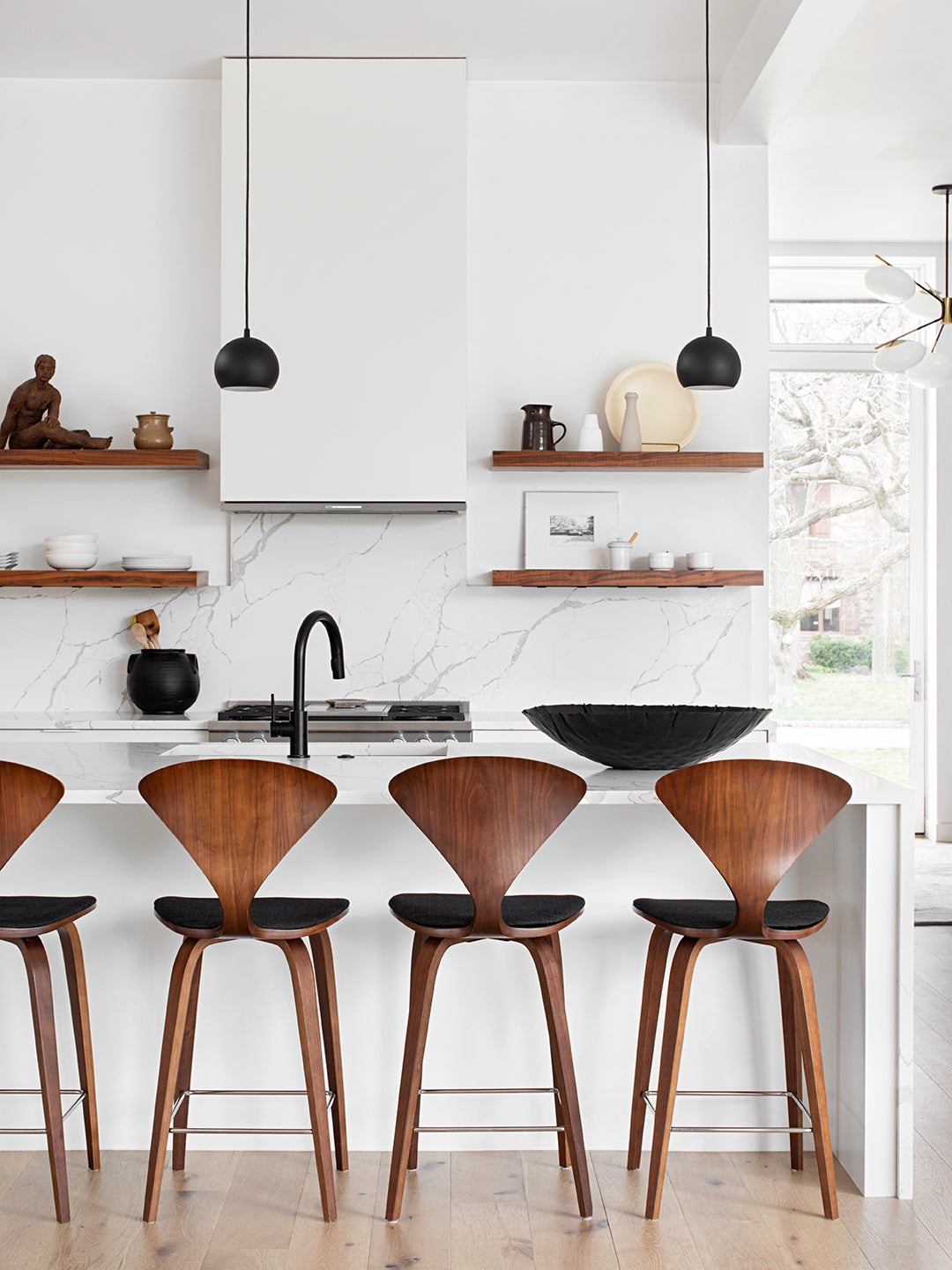 Ready to move from the city to the suburbs, Jim and Cheryl Mhyre were on the hunt for a Frank Lloyd Wright–style home, with a signature flat roof, clean lines, and floor-to-ceiling windows. After finding their dream ranch on the North Shore of Chicago, the couple brought on designer Magda Rauscher of My Modern Dom to continue the mid-century modern vibes inside. Her main source of inspiration, however, wasn’t the famous architect but rather the pair’s set of four Norman Cherner stools—specifically their walnut wood construction.

Rauscher and the Myhres share a strong love for the species’s rich warmth and mid-century ties. But in order to make sure the home felt up-to-date rather than a snapshot from the 1950s, the designer made a point to not only bring in vintage finds but fresh pieces, too. “I was excited to incorporate it with very clean lines—it looks really cool,” she says. “Walnut’s grain is so hard to replicate, and this house is a nod to its uniqueness.” Here, Rauscher walks us through why walnut is worth it and how she added this warm wood to every room. 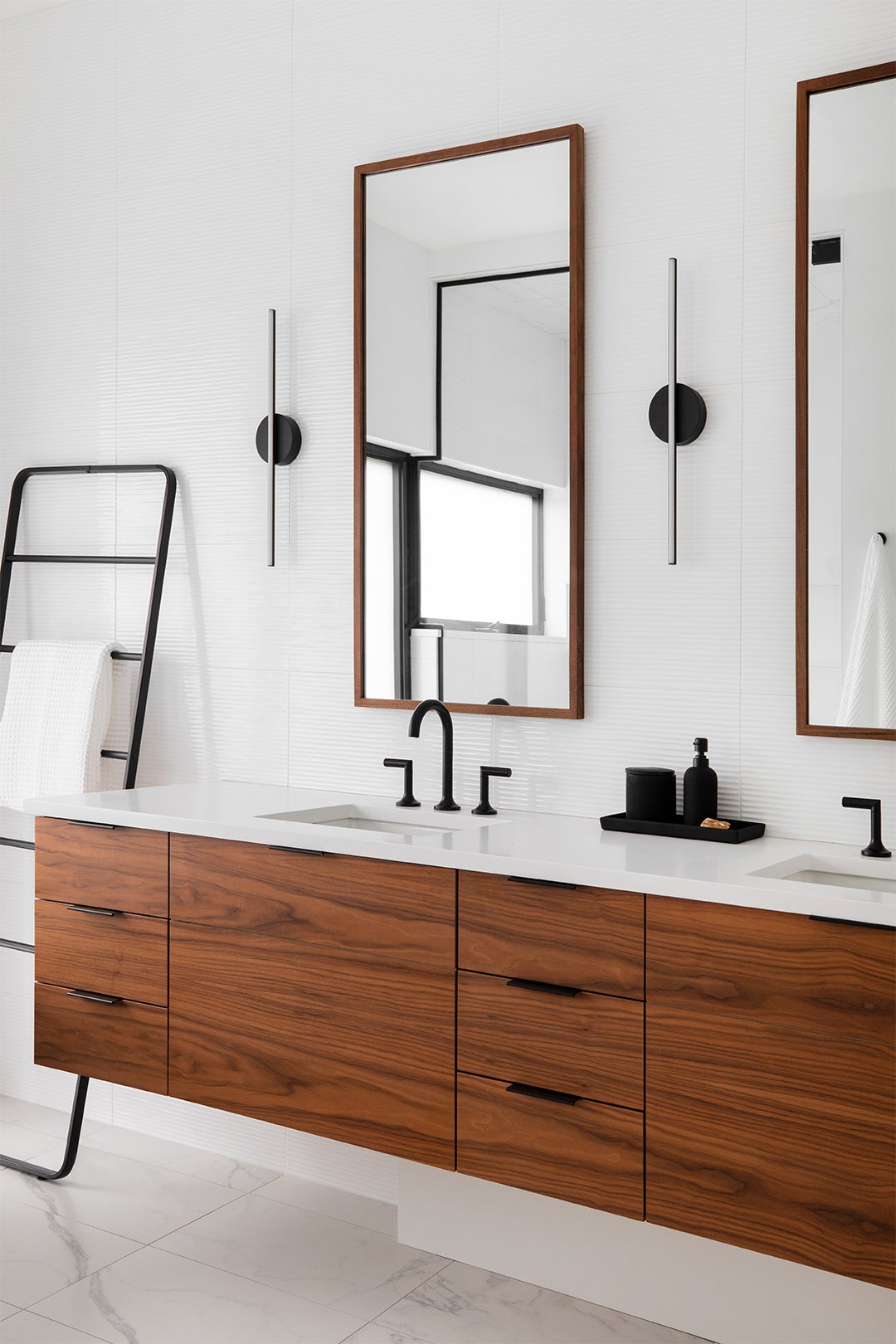 With a straighter grain movement compared to the more popular oak, walnut is prone to random swirls and curves, much like its character overall, which can feature burls and variations in dark to mid-tone browns with flecks of gray or black. Rauscher used that variation to her advantage. “We made sure all the wood ran horizontally, to keep the eye wandering from side to side rather than up and down,” she shares.

There’s no more than three to four walnut pieces to be found in each room: The couple’s previously owned Eames chair, a set of floating shelves from Room and Board, custom mirrors from Etsy, and a small Crate & Barrel tray. That’s because, according to Rauscher, too much of the wood can come across as busy and overwhelming—it’s a statement more than a blank canvas; it isn’t meant to blend in but stand out.

Make It Modern With a Bright Palette 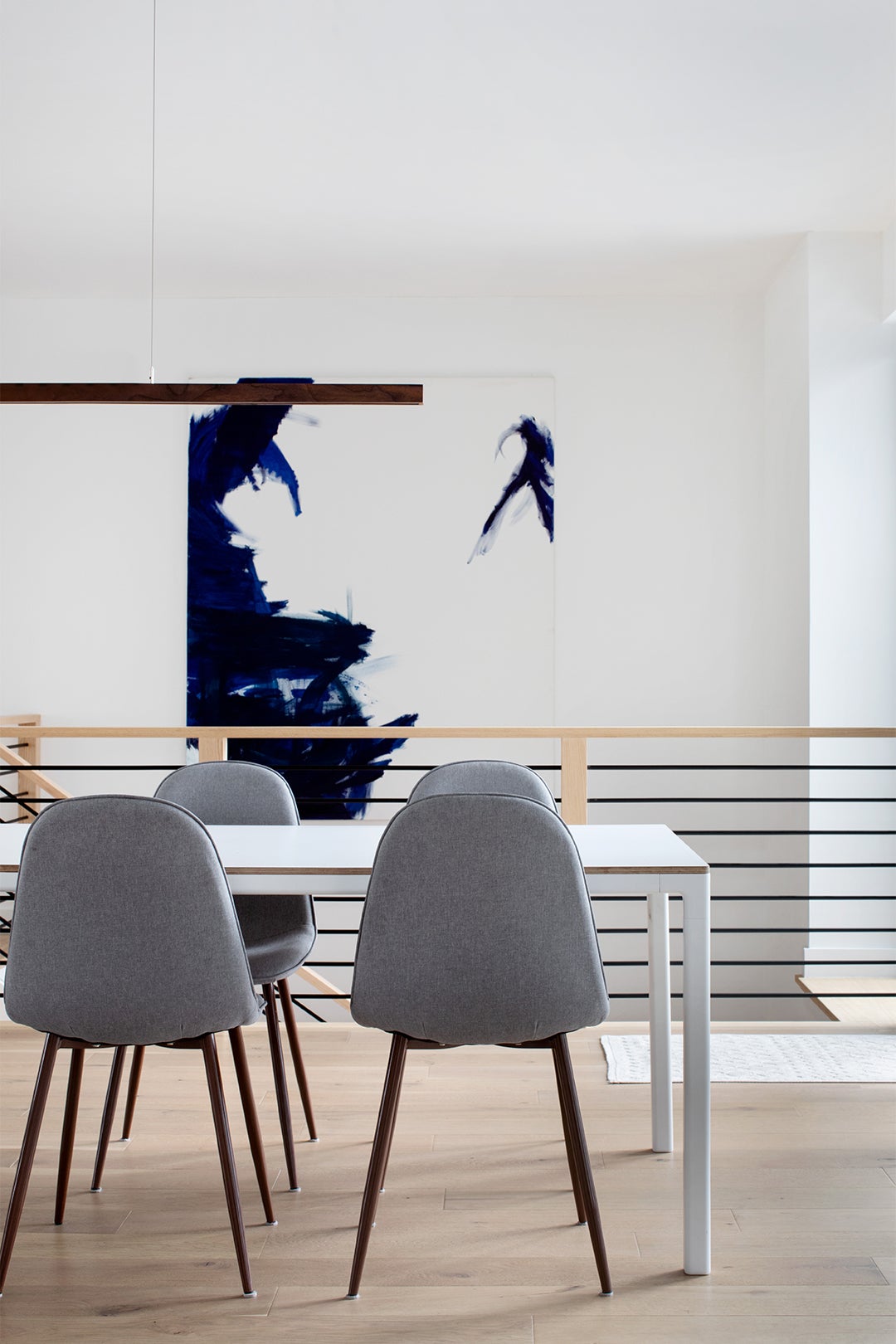 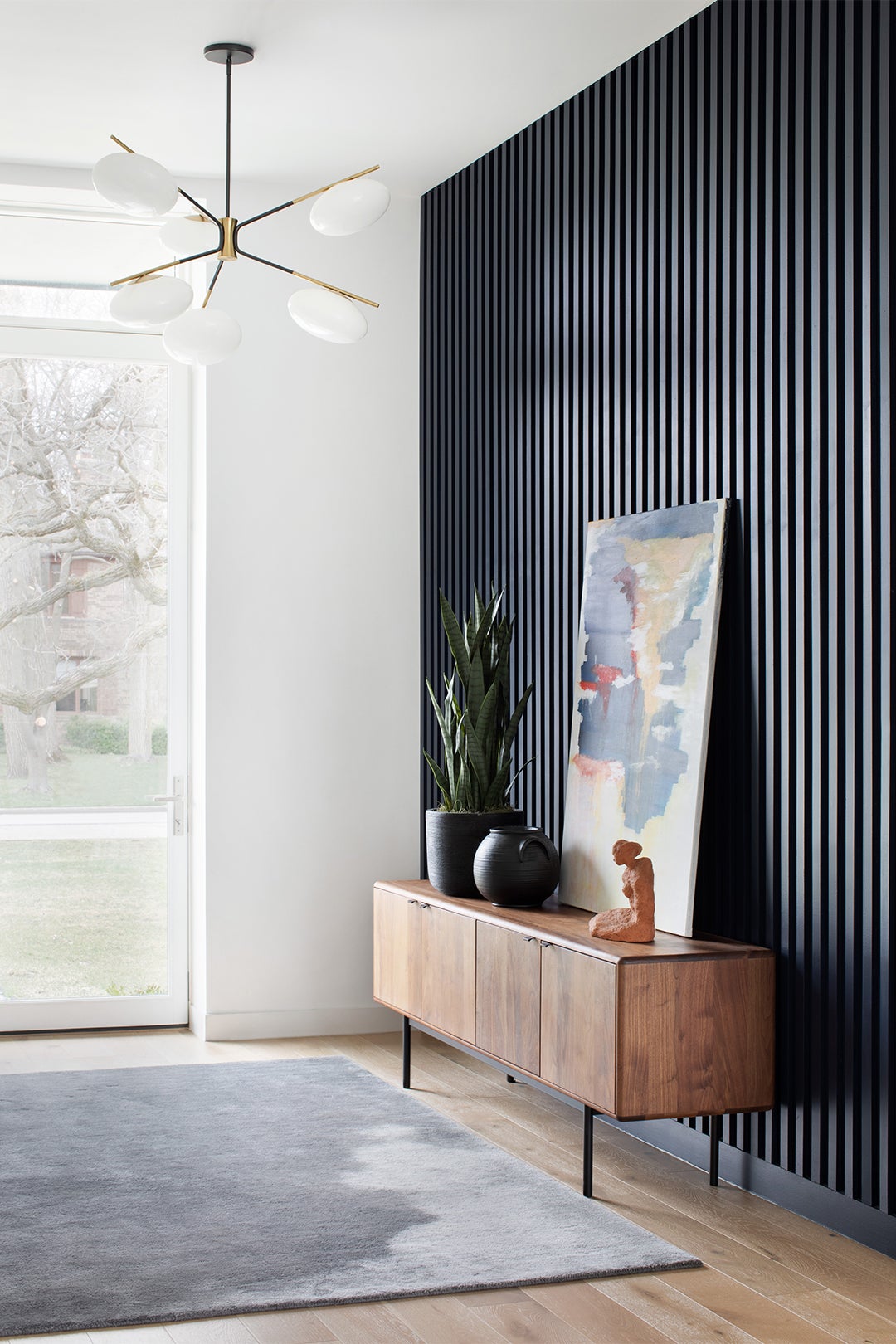 Rauscher selected a contrasting color scheme—whether it was Benjamin Moore’s Ultra Premium White, the bright tiles in the primary bathroom, or the rich Club Navy paint by Ralph Lauren—to allow the walnut to take the spotlight without skewing too dark or dated. “It also keeps the house cohesive,” adds the designer. And with so many windows, there’s no shortage of natural light to balance the wood’s character. 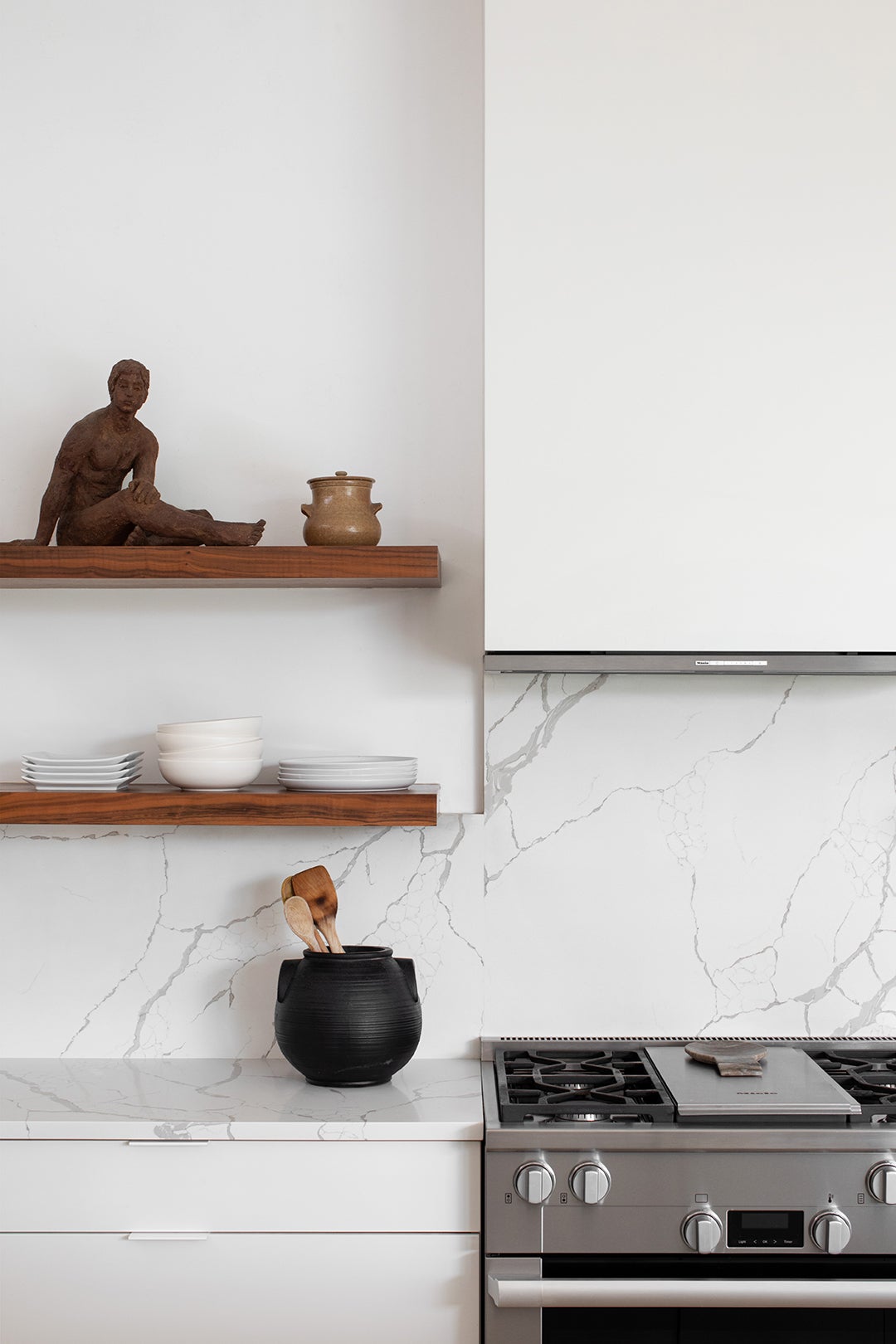 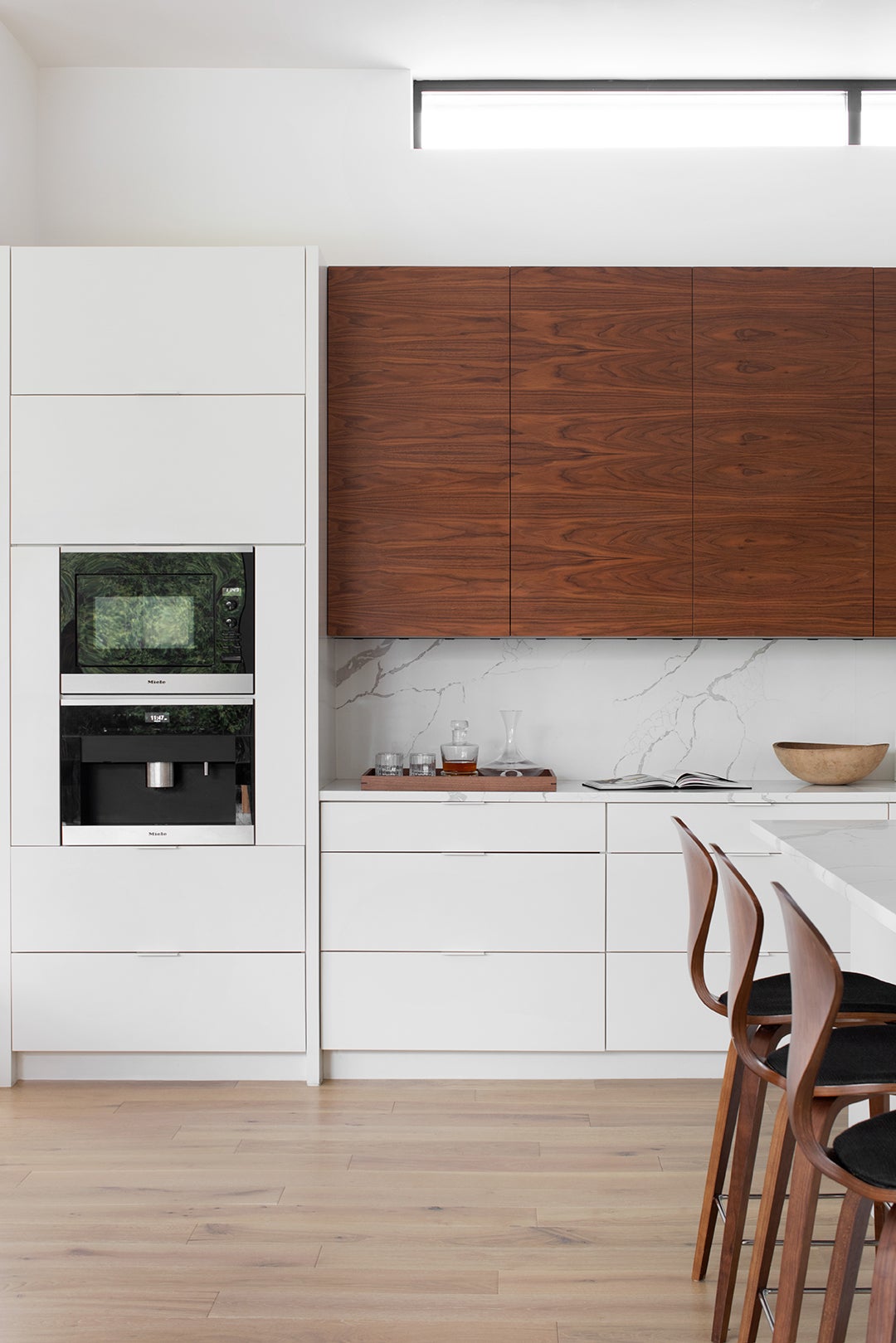 Rauscher asked Cabinet Creations in Schiller Park, Illinois, to stick to slab fronts—the sleek uppers draw the eye but still let it wander to the neighboring matching open shelving and stools, while letting them function as the centerpiece. “Sometimes when you add additional details to the cabinetry, it can get distracting. We wanted the focus to be on that contrast between the walnut and the white,” she adds. 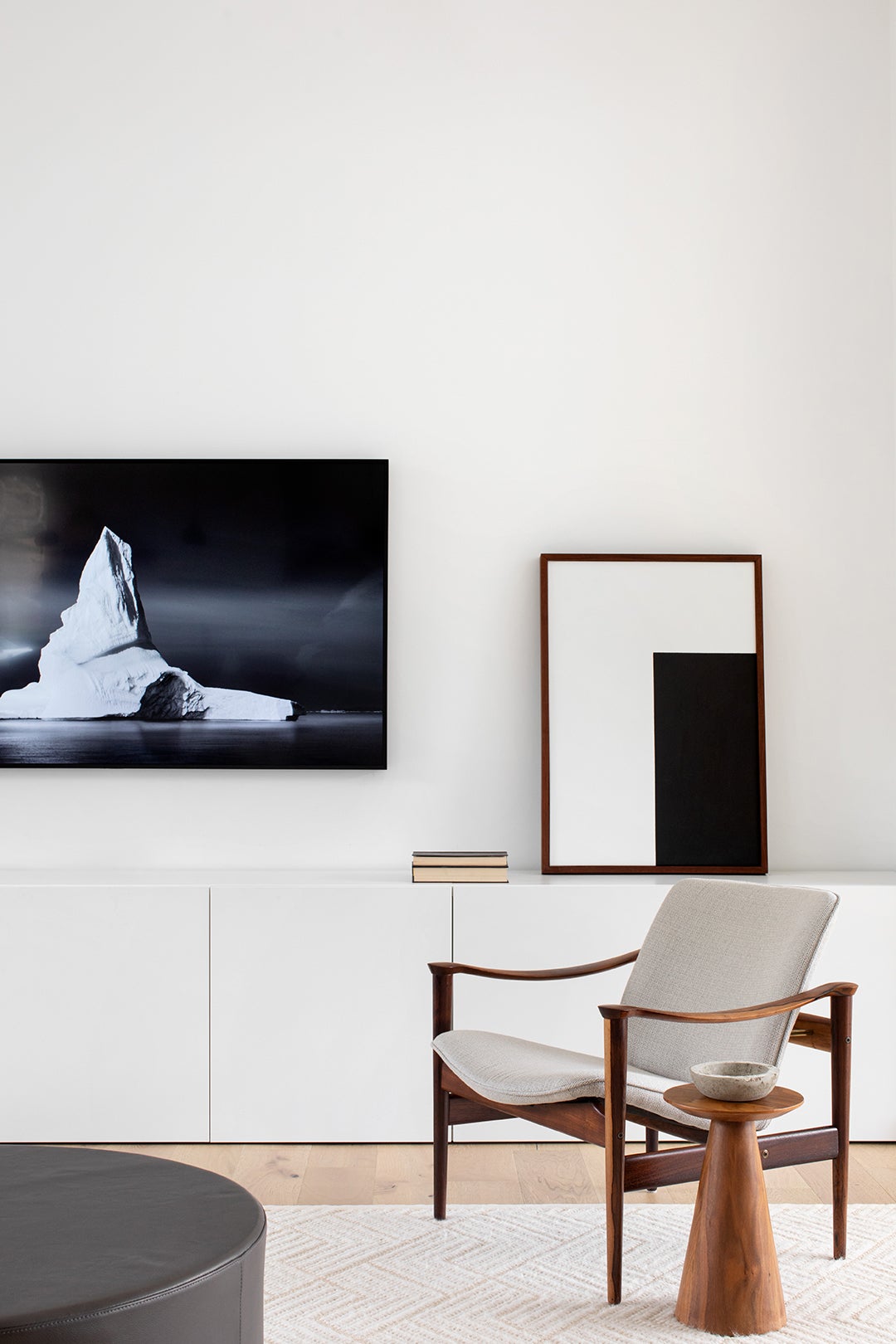 “I think one of the coolest things about walnut, even though it’s a slightly softer wood, is that it wears beautifully. Even if you get a ding or nick, you can barely tell. It’s more durable than people think,” says Rauscher. Its longevity is also largely why walnut isn’t cheap, but that doesn’t mean it has to empty your wallet either. There are so many steals online these days, Rauscher notes; you just have to have the patience to look. And no, that doesn’t necessarily mean scrolling endlessly on Facebook Marketplace or Craigslist, but rather being smart about how you’re searching. “Look for a specific item, like a round table for the kitchen,” she says. “Even if it’s not solid, a veneer will refinish just as well. Trust me, I’ve done this a lot.”