The vegan treats are almost too pretty to eat. 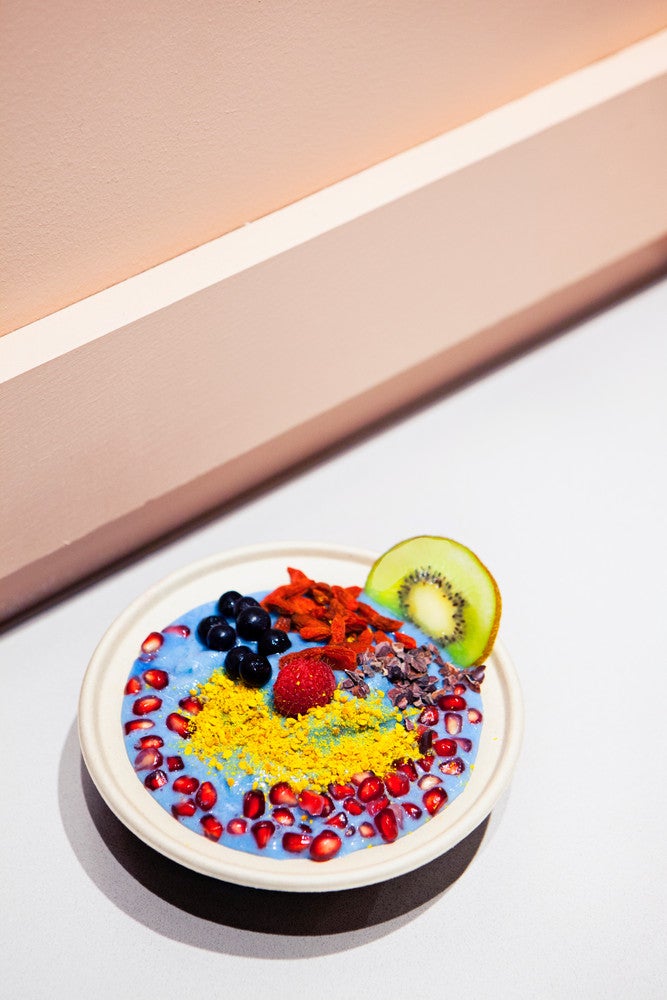 The much awaited second phase of lower Manhattan’s Canal Street Market is here: A 12,000-square-foot food hall opened in the space last week. It includes close to a dozen stalls with projects from New York favorites including Ippudo, Nom Wah, Davey’s Ice Cream, and Oppa, plus a few new names, like Lulu, a superfood smoothie bar serving technicolored bowls and drinks.

The project comes from a collaboration of Canal Street Market developer Philip Chong and Maximilian Caraballo, the former cocktails guru at Apothéke. They worked with Alex Proba from Studio Proba on the concept and design of the stall, which has prime placement directly facing Canal Street. With a sleek pastel pink for the walls paired Tom Dixon metallic lamps, the Lulu space is chic yet playful, turning a typical food-court on its head.

The pair wanted to create a bar that both promoted healthy living but was also alcohol free. Caraballo brings his extensive mixology knowledge and the farm to bar take on cocktails that Apothéke is known for. Lulu’s menu embodies a similar ethos.

The offerings will change regularly, depending on the seasonal produce and experimental local  finds. “It’s exciting to play, to go to the farmers market and try something,” says Caraballo. “It’s something we want to show people is easy accessible and really good for you.”

The menu is entirely vegan, with exciting flavor combinations and nut-free options. Highlights include the blueberry cauliflower bowl and watermelon smoothie with jalapeno and mint.