How this photographer mastered the new-old mix. 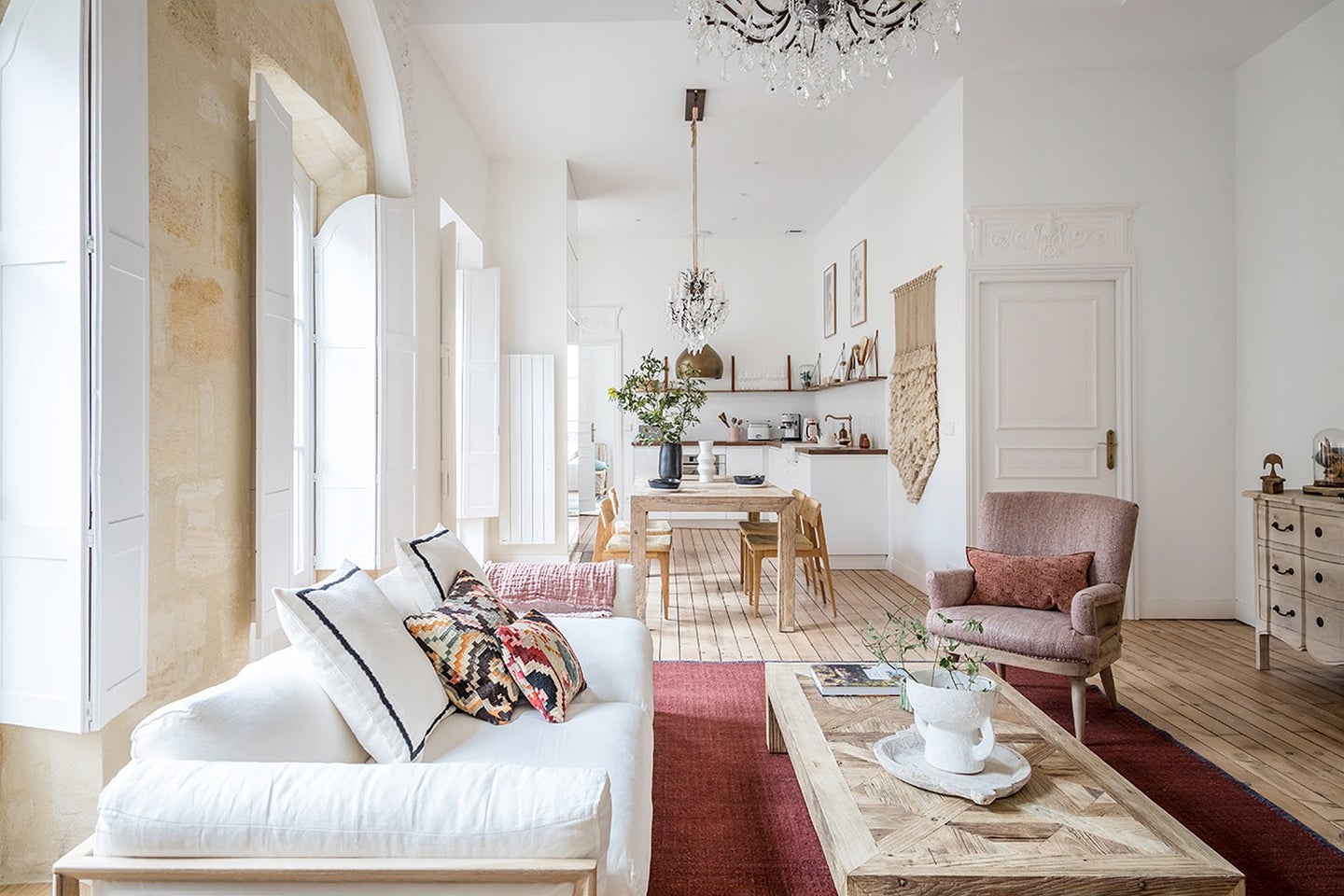 After living in Montreal and San Francisco, photographer Chloe Battesti wanted a homecoming. For years she had returned to her native Bordeaux, France’s wine country on an annual basis. It was time to ditch the rentals and claim a permanent post. While most prospective buyers hem and haw over mortgage rates and the “perfect” apartment out there, Battesti cut right to the chase and signed on the dotted line at just the fourth viewing—a three-bedroom set in an 18th-century building in the lively central Saint-Paul District.

The 1,100-square-foot unit had 10 massive windows that let tons of light flow in, but the three bedrooms were tiny, the kitchenette had seen better days, and patches of the floor were still very dark. She tapped a young, hungry design firm, Banzai Architecture, to lead a total transformation. “We needed an architect to plan the reorganization and all the complexities,” says Battesti. “We totally trusted the designers, despite it being their first project since their school graduation!”

Let There Be Light

She gave the team two main directives: more volume and more light. The best way to make the most of the flood of sunshine was to pull down the walls of two smaller bedrooms and convert them into one large living room. To highlight the casements, Battesti stuck with the original wood flooring but had it sanded down and revarnished to a lighter hue that brightens from the ground up.

If It Ain’t Baroque, Don’t Fix It

The whole home showcases the popular tastes then and now. Battesti brought in mostly modern, laid-back decor: pale wood dining set and sofa, linen sofas, rattan lampshades. But as a counterweight she kept the original chandeliers in the living room, a claw-foot bathtub, and the ornate moldings above entryways and windows.

Preserving the archways was a challenge, however, as the walls had slowly turned gray over time. To restore each one, the team chipped away at the surface to the foundation itself. “We simply made the stone appear inside the arches,” says Battesti. “We used a little exposed ashlar—it’s much prettier than 100 percent plaster. It gives character to the apartment. I figured, the facade is magnificent, why would I hide it?”

In the bedroom, glass partitions separate the bathroom to provide privacy while letting light flow through both areas. Natural materials (a butcher block countertop, a sisal rug) and colors (dusty pinks, saturated ochre) are peppered throughout each space to promote relaxation and warm up the new clean lines. “It’s really peaceful,” says Battesti. “Not negotiable, considering the bustle of Bordeaux going on just outside.”