Where to Find the Best Tacos in New York City 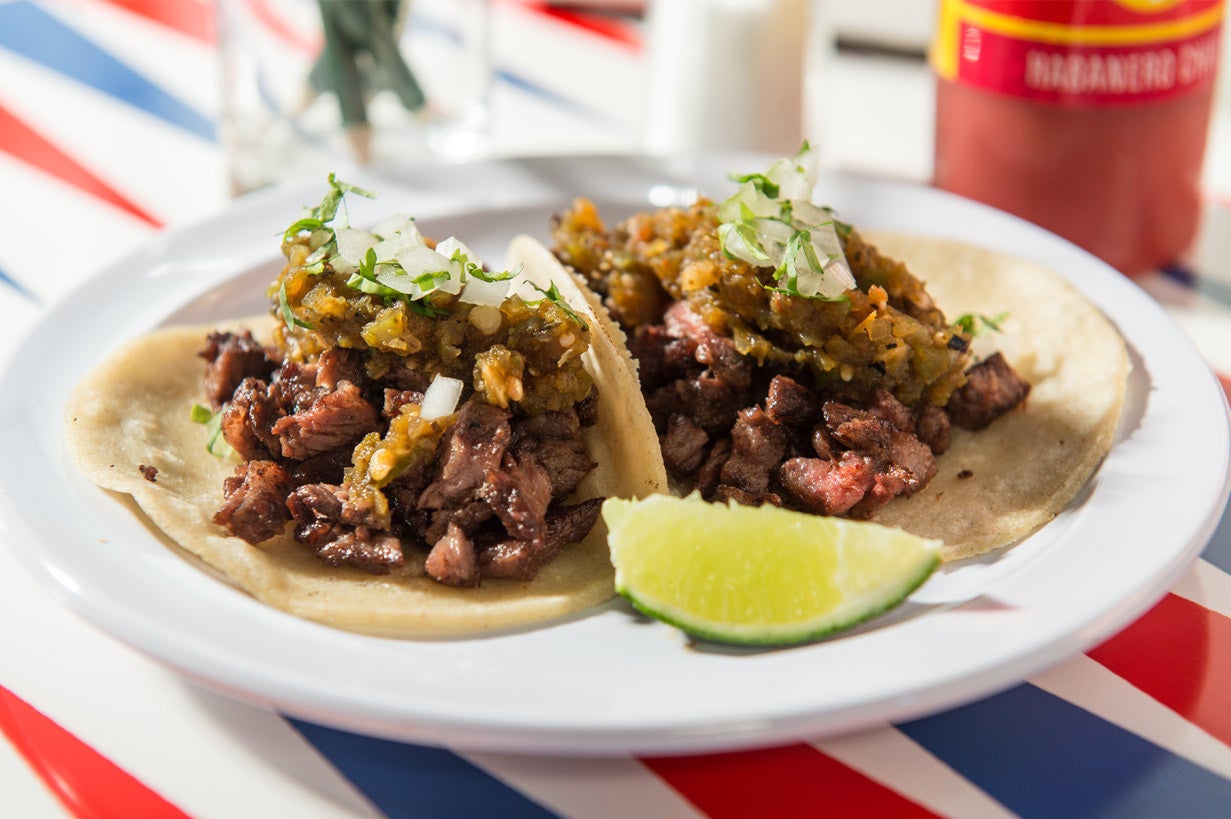 While New York may catch a lot of flack—particularly from West Coasters—for its lack of legit Mexican cuisine, there are a handful of real-deal eateries shaking up the status quo. Over the last few years, the taco scene has started to heat up. From the lengua at Michelin-starred Casa Enrique to the fried shrimp at buzzy newcomer Street Taco, there are plenty of tasty tacos to try. Here’s where to find the best fish, meat, and veggie-stuffed tortillas in the city.

The lengua tacos (slow-cooked beef tongue garnished with cilantro and onion on a corn tortilla) at Casa Enrique are a must. While it may not be your standard order, where better to open your mind—and mouth—than NYC’s only Michelin-starred Mexican restaurant? Hey, when in Rome—or in this case, Long Island City.

With a name like Empellón Al Pastor, you’d expect the al pastor tacos to be top notch. Such is the case at Alex Stupak’s casual East Village outpost where you can sink your teeth into a homemade tortilla appointed with crispy marinated pork shoulder, pineapple, cilantro, onion, red, and green salsa.

Cosme is not your average hole-in-the-wall taqueria—as evidenced by the $89 duck carnitas tacos. Slow-cooked for four days and served with warm house-made tortillas, they’re well worth the splurge.

While the Pod Hotel may be known for its rooftop, on the ground floor is Salvation Taco, an unconventional taco joint that’s worth a trip. The star of this offbeat menu is equally unexpected: roasted cauliflower tacos topped with curry crema and farro piccolo.

Street Taco is Gramercy’s latest hotspot. Since opening its doors on April 5, this low-key taqueria has received rave reviews for its crispy fried shrimp tacos with slaw and sweet chili sauce—and dynamite drinks.

Adobada Tacos at Los Tacos No.1

Unlike some places that function more like an assembly line, Los Tacos No.1 makes everything to order, including the crave-worthy adobada (red chile and vinegar-marinated pork) tacos. The swine is spit-roasted all day, sliced on the spot, and piled onto a scratch-made tortilla, which—you guessed it—is pressed and griddled to order.

• 11 Tacos You Won’t Believe Are Vegetarian • The best taco trucks on instagram (and why you should follow them!) • We know what you should make for meatless Monday