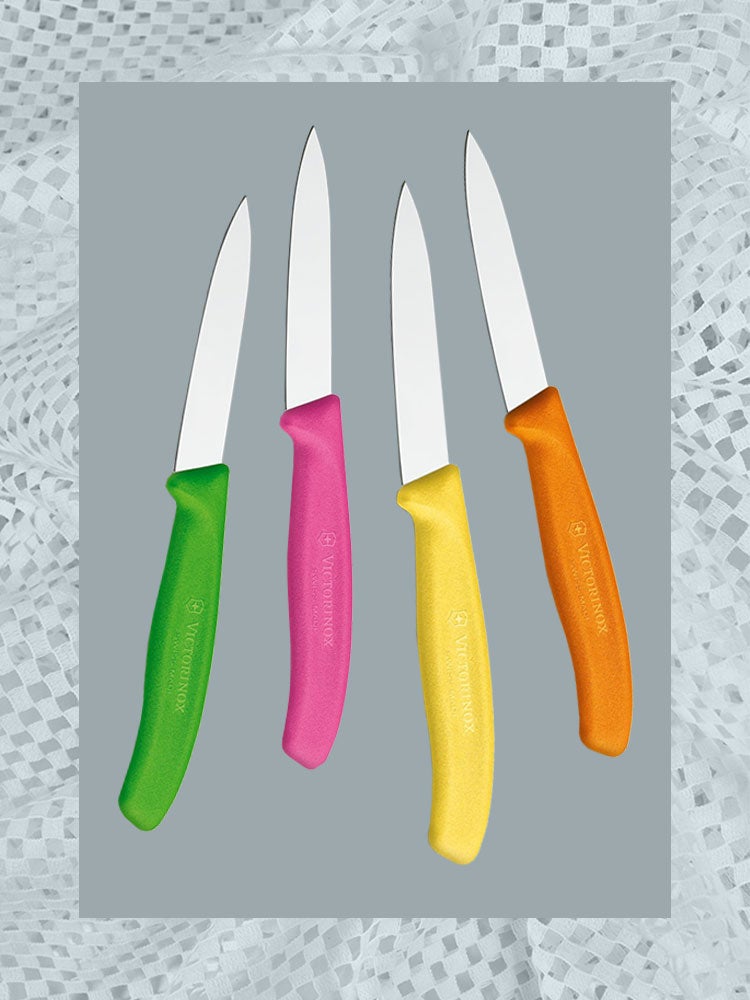 As soon as I wake up, I make my way to the kitchen, half awake with one eye open. Day after day, in my sleepy haze, I reach past my fancy $30 paring knife and grab the cheap plastic-handle one in the back of my drawer to slice the lemon for my morning cup of hot water. This Victorinox knife, given to me as part of a gift basket years ago, costs a mere $7 on Amazon. It’s not cute and it’s not fancy, but it cuts through citrus better than any other, much more expensive knife I own.

Best of all, I don’t have to worry about throwing it into the dishwasher like my other knife, which needs to be hand-washed and dried immediately—too much work for my early-morning brain fog. The wee hours, after all, should be kept simple. Three years in, the knife has yet to show signs of dullness or wear.

Victorinox has now become my go-to brand for paring knives. They’re lifesavers when I’m slicing limes to make a margarita, segmenting oranges to throw in a colorful salad, or coring tomatoes for a pasta sauce.

Chefs recommend that you own three great knives: a chef’s knife for chopping most things; a serrated knife for slicing through bread and tomatoes; and a paring knife for more delicate jobs like peeling fruits, hulling strawberries, deveining shrimp, and removing seeds from chili peppers. So keep your hard-earned dollars to splurge on a Japanese chef’s knife and join me in adding a handful of $7 Victorinox to your Amazon cart.

Discover more kitchen essentials we swear by: The Verdict Is In: You Only Need This One Knife in Your Kitchen New York Chefs Swear By This Chic Dinnerware Brand This Humble Spoon Will Make You a Better Cook, Says a Michelin-Starred Chef