10 Lobster Rolls to Eat Before You Die

A roundup of the best lobster rolls from coast to coast. 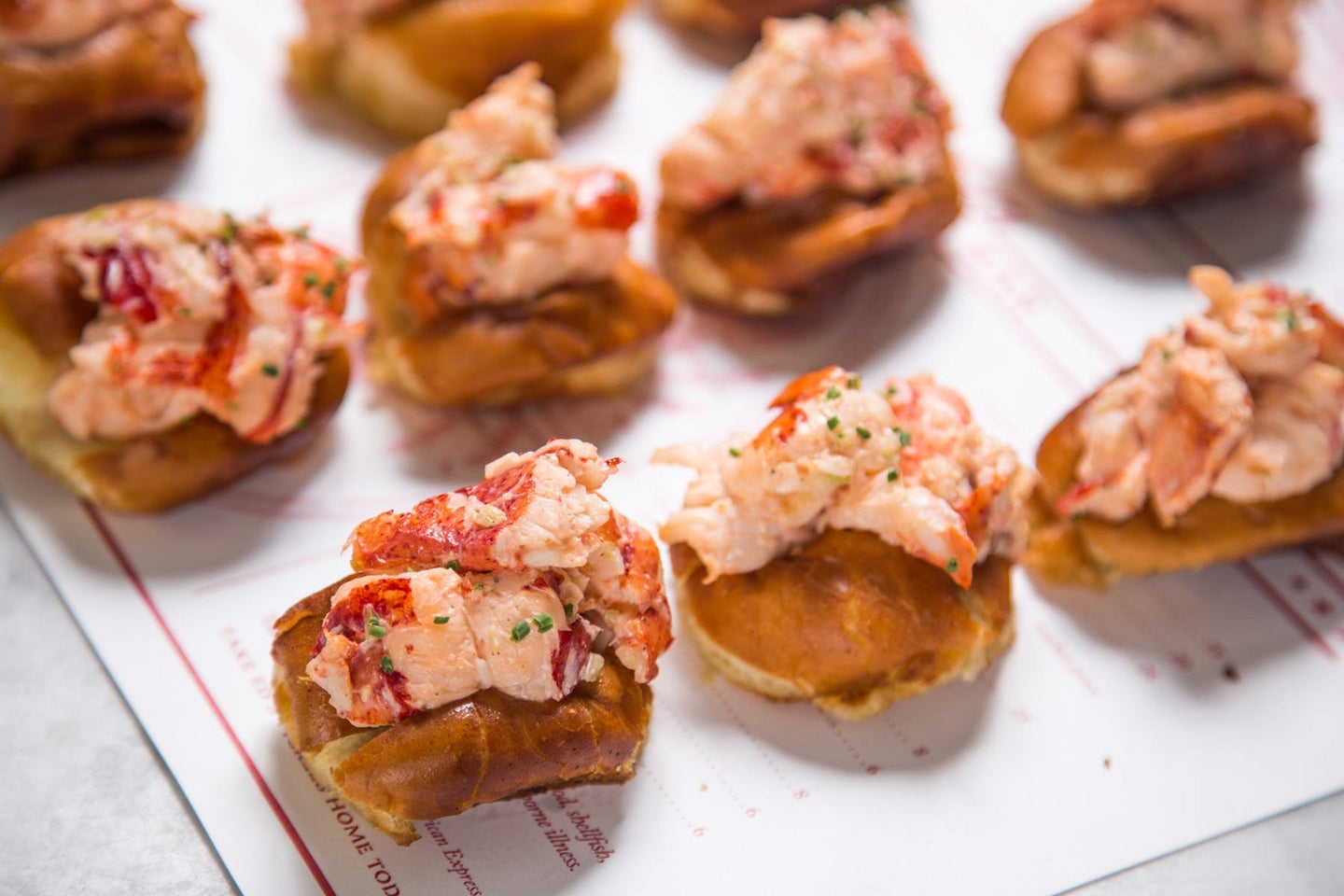 10 Lobster Rolls to Eat Before You Die. dd

Lobster rolls are a coastal summer staple. But before we dig into all the deliciousness, let’s take a second to discuss the two distinct styles: Maine and Connecticut. Maine-style is served cold with mayo, while Connecticut-style is served warm with butter. Which is better? We’ll let you be the judge.

Of course you can find top notch lobster rolls in the Northeast, but did you know there’s a legit lobster roll in Charleston and a pretty spectacular one in L.A.? Here, the best lobster rolls across the country.

The Clam Shack, Kennebunkport, ME

The Clam Shack’s lobster roll is an old school classic—not to mention a fan favorite. The secret to this award-winning dish? Local ingredients. Maine lobsters are saltwater-boiled, shucked, drizzled with melted butter, and stuffed into a fresh-baked, grilled bun.

A lobster roll on a sesame seed bun? That’s what you’ll find at Abbott’s Lobster. This coastal Connecticut institution (since 1947) continues to earn acclaim for its famous hot lobster roll—stuffed with a heaping portion of warm, butter-drenched lobster meat.

Where can you find the best lobster roll south of the Mason Dixon? Without question, The Ordinary. A house-baked, buttered bun is filled with a half-pound of bouillon-poached lobster meat—dressed with mayo, hot sauce, worcestershire, shallots, chives, diced celery, fresh lemon, and Old Bay.

Foodies up and down the eastern seaboard flip for Eventide Oyster Co.’s signature brown butter lobster roll served on a steamed bun.

Sometimes going outside the box—or in this case, outside the standard white bread bun—can be mighty tasty. Hinoki & the Bird offers a Pan-Asian rif on a classic lobster roll that features green curry and Thai basil on a Japanese charcoal bun.

Burlingame may be more than 3,200 miles from Maine, but you can still find a legit lobster roll at the New England Lobster Company. This Cali spin—called the “California Lobster Roll”—is served cold, dressed with mayo, salt, and pepper, and topped with sliced avocado and bacon bits.

If you think a Maine-style lobster roll and a cold beer is the perfect mid-day summer meal, head to B&G Oysters. Bonus: the amazing french fries and bread-and-butter pickles.

The smallest state is a big player when it comes to lobster rolls—case and point this Maine-style beauty from Matunuck Oyster Bar.

While it may be in NYC, Ed’s Lobster Bar does Maine-style lobster rolls right. A hot dog bun—buttered and toasted to golden perfection—is heaped with chilled lobster meat. The large chunks are mixed with minced celery, fresh lemon juice, and just enough mayonnaise to hold it together.

Sky high temps and mega humidity are enough to make even the most die-hard New Yorker crave a coastal getaway. Even if you can’t escape the city, at least you can eat like you’re on vacay, courtesy of the signature Maine-style lobster roll at Red Hook Lobster Pound.