fall beers we actually like (because pumpkin is gross, tbh)

beers and seasonal drinks to put on your must-try list this fall. 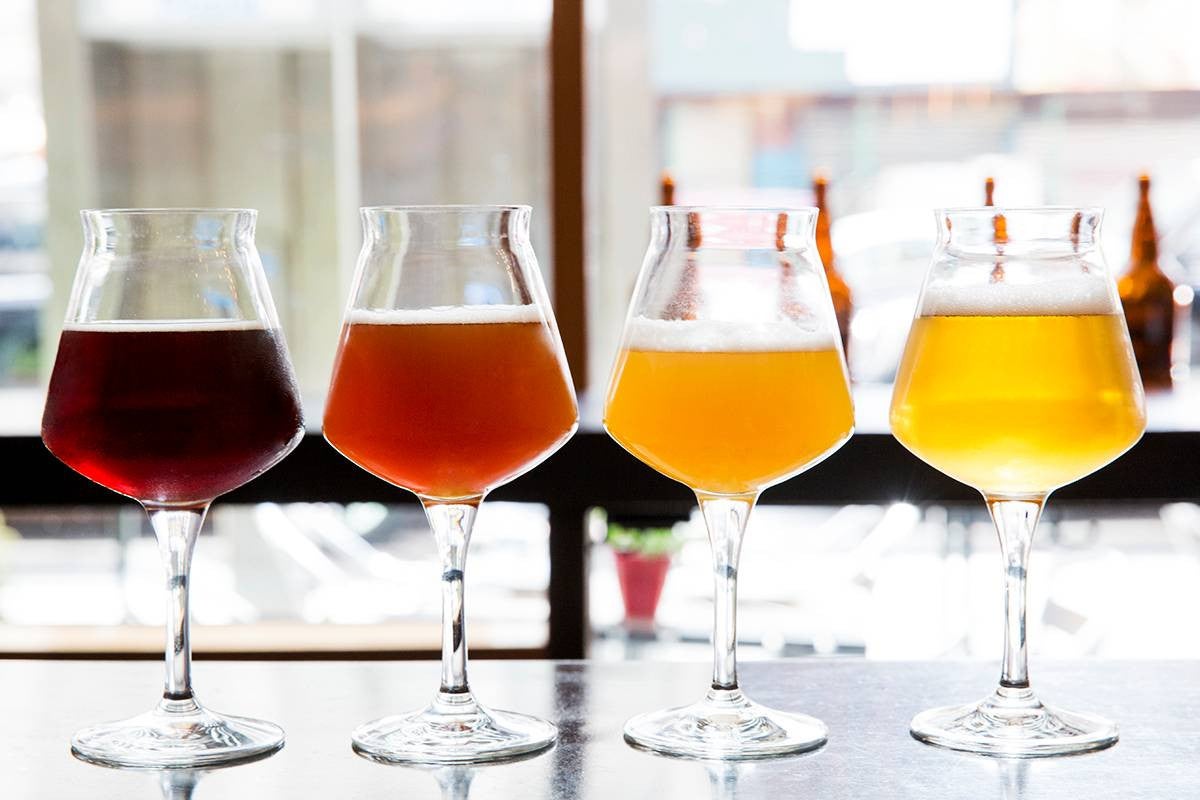 Raise your hand if you’ve ever purchased and consumed pumpkin-flavored beer and thought to yourself, “Why am I doing this? My beer doesn’t taste like pumpkin or taste good.” You’re not alone. Which is why this fall, we decided to do something different: Drink fresh, fall brews that actually taste good. So we reached out to three local beer experts (really, they’re experts) to get their favorite seasonal beers—both drafts and bottles, nationally and locally distributed. You’re going to want to read their recommendations.

First up is Ryan Mauban, Beer Director for Lupulo restaurant (and certified Cicerone).

Sierra Nevada collaborated with one of my favorite German breweries, Mahrs Bräu, to create an Oktoberfest beer that is a touch lighter and more crisp than most. Floral and herbal, with subtle notes of toast and honey, it finishes clean with a gentle bitterness. It is my perfect tailgating, campfire, do-everything beer.

This beer rotates in and out of the Crooked Stave lineup, but with the addition of white sage, the first thing that comes to mind is roasted meats and a big casserole dish of stuffing on the side. The beer starts off with a big hit of citrus aroma from lemongrass followed closely by the sage and notes of black pepper. It finishes dry, with a pleasant sage flavor and citrus flourish.

Despite the brewery name, no pumpkins were harmed in the making of this beer! Oak barrel aging, along with the addition of chestnuts and spices, results in a beer that is wonderfully complex, with notes of nuts, caramel, hay, orchard fruit and a hint of acidity. Would pair well with pork, lamb, or game.

A boatload of yams, cinnamon, nutmeg, allspice, vanilla, molasses, and maple syrup combined with the spiciness of Belgian yeast and a soul warming 10% ABV guarantee a festive holiday. Drink copiously with Thanksgiving dinner and skip the pumpkin pie.

One of the styles I get most excited about for Fall are the wet hop and fresh hop beers. There’s a very short window of time to enjoy them, since they’re brewed with hops that are freshly harvested before they’re dried or pelletized (most beers are brewed with hops in these forms). One of my favorites is Great Divide Fresh Hop from Colorado. Its pungent and earthy, with faint hints of citrus, grass and toasty malt—delicious.

Victory Brewing in Pennsylvania makes a great Weizenbock, which is wheat beer brewed to bock strength (aka strong—8.7% to be exact). It’s called Moonglow and it offers rich, chewy malt flavors alongside fermentation notes of orange, black cherry, and clove. A winner every year.

The most closely associated beer style with fall is usually pumpkin beer. One of my favorites is Schlafly Pumpkin from St. Louis. It’s on the more full bodied side at 8% but manages to get the sweet, spicy notes of pumpkin pie without being cloying or overly sticky.

Keep reading for the best beer picks from Oliver Zabar, the Proprietor of Eli’s Night Shift.

(Pssst! Eli’s Night Shift will have all of the following beers on tap this fall. They’re also all local, draft beers from the five boroughs of New York City!)

A delicious and surprisingly light IPA in flavor. Lovely nose and a really smooth, crisp beer. I love how it’s not bitter at all.

KCBC has an awesome Strawberry Guava Berliner we’re excited to serve on draft at Eli’s Night Shift this fall. It’s smooth and creamy like a milk shake. Slightly tart, and the guava really comes through nicely.

Singlecut Olympic White could be considered a staple at Night Shift. The wheat-y, crisp flavor is refreshing with a hint of citrus. It has such a smooth finish and good flavor. Great during summer but also refreshing on a cool evening, too.

A funky, fruity nose, great light caramel color with a light start with a little bitter at the finish. You would never guess this beer is 9%. I love LIC Beer Project and everything they are doing. They produce a wide range of interesting beers pushing flavor boundaries and we love carrying their beers on tap.