I Tried 5 Bedding Brands This Year, and I Only Gave This One Five Stars 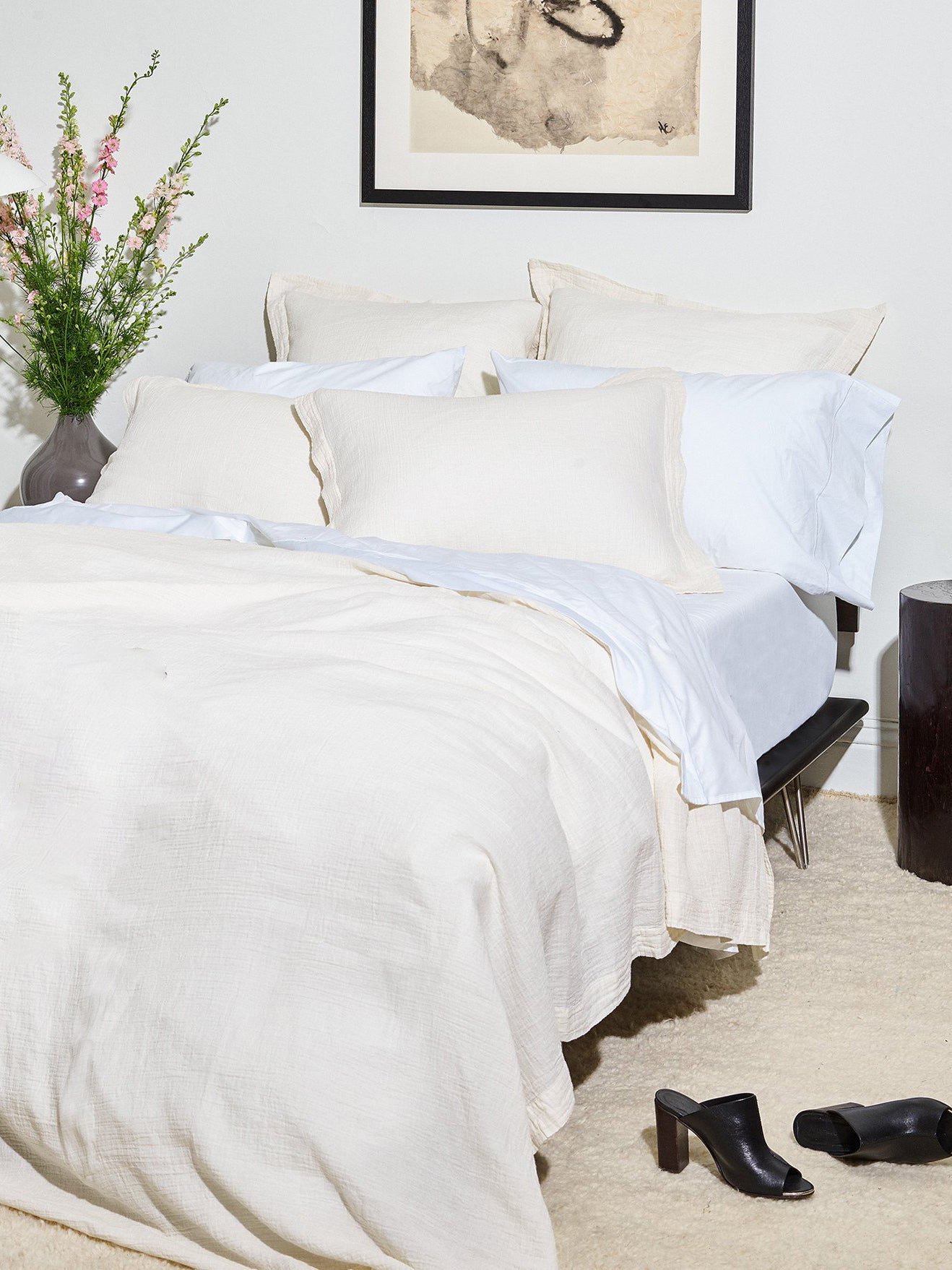 Confession: I own a lot of bedding. So much that a couple of years ago, a professional organizer suggested I donate about half of it. “Why do you need 20 sheet sets in a studio apartment?” she exclaimed. Sure, she had a point. But counterpoint: Why would I part with perfectly good duvet covers?

What I’m really trying to say is, I’ve tested and slept in dozens of types of bedding, which pretty much makes me an expert. And through all those nights sleeping in my fluffy duvet, I’ve become pretty good at understanding what makes a sheet set great (softness, coolness, duvet-cover corner ties) and recognizing the things that keep me up at night. So I’m sharing my five unbiased reviews of all the bedding I’ve tested this year. Spoiler alert: Only one of them received five stars.

The hype: This bedding is made of 100 percent Egyptian cotton and is produced in Portugal. The duvet has ties in all four corners, which is important if you move a lot throughout the night. Percale is lightweight, breathable, and cool to the touch, so it’s ideal for warm sleepers.

The review: I use Parachute’s percale fitted sheet and shams under its linen duvet set, which I’ve had (and loved) for almost four years, but I find that they wrinkle easily. That said, they’re cool to sleep on and feel fancy, like hotel bedding. Bonus point for having shams that tuck the pillow in nicely so it doesn’t move around.

The hype: Brooklinen’s linen bedding is made from Belgian and French flax (two regions known for their superior-quality product) and is chemical-free. It claims to be perfect for warm days and cool nights.

The review: Let me start by saying this: I’ve owned and loved many Brooklinen sheet sets. My favorite was its now-discontinued twill bedding released two Christmases ago, and I still pull it out on cold winter nights. The linen set, however, is not my favorite. It’s scratchier than other linen bedding I’ve owned. I still use it regularly and love its look, but it’s not at the top of my list.

The hype: Tomorrow’s Supima cotton is percale-woven and gets praise for its light, crisp feel. The brand also claims to comb its bedding to give it a super-soft feel. The no-slip fitted sheet means that even the most restless snoozers will sleep easy.

The review: First off, the no-slip fitted sheet is no joke. It’s wrapped by a giant elastic that keeps it tight and snug on the mattress. But it works. The material is, I have to say, crisper and cooler than a lot of my white bedding alternatives. And yet I have one big pet peeve: The brand’s large orange tag shows through the sheer fabric and stares me in the face whenever I make the bed. The shams have a classic opening (as opposed to the type that tucks the pillow in), which I don’t like as much because the pillows move around more.

The hype: Casper’s bedding claims to be light and breathable for a feathery, barely there softness. It’s made from 100 percent long-staple cotton with a 360-thread count and is designed in the U.S.—but spun, woven, and sewn in India.

The review: I use Casper’s fitted sheet and shams often under my duvet cover of choice. It’s perfectly fine classic white cotton bedding. It wrinkles a little more than Parachute but feels slightly softer and cooler to the touch. The classic shams don’t have the tucking option. Is it my favorite? Nah, but it will do on laundry day.

The hype: Snowe’s Softexture technology claims to transform cotton into a breezy, textured, baby-soft bedding with its unique prewashing system. The sheets are milled and finished in Italy.

The review: These days, this is the bedding I turn to most often. In fact, the only time it’s not on my bed is when it’s getting washed. It looks similar to wrinkled linen, and the imperfections feel intentional. It’s ultra-cozy. But my favorite detail is the internal ties that keep my comforter from bunching. It’s by far the easiest set for making the bed (even solo!), and I would buy it again and again.

More stories like these: I Tried 5 Cookware Brands This Year and This One Was the Best It Took Me 4 Years to Commit to a Knife Set—This One Was Worth the Wait 6 Pro Entertainers Share Their Favorite Dutch Ovens