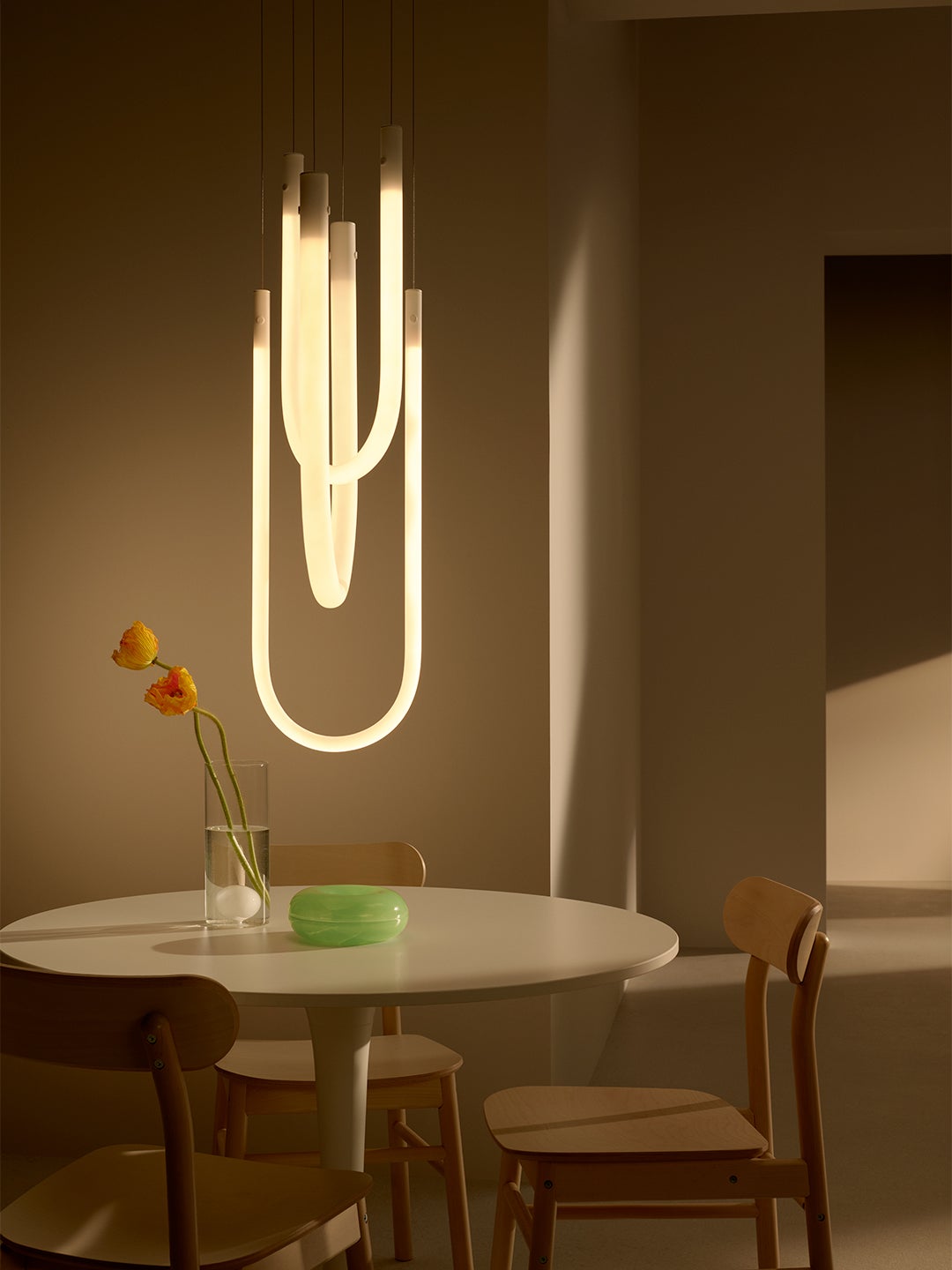 From music-centric mashups with artists like Swedish House Mafia to florist-friendly lines with Isle Crawford, we always look forward to IKEA’s collaborations. But we’ve been anxiously awaiting this one with Rotterdam-based designer Sabine Marcelis ever since we got a sneak peek last summer. The 20-piece Varmblixt collection has finally been revealed, and yes, it was worth the wait. While it’s hard to pick just one standout from the variety of light fixtures, furniture, glassware, and more, a few highlights include a pendant lamp made out of curved pipes and frosted white glass, a bronze-colored backlit mirror, and several delicious iterations of the artist’s recurring doughnut motif (it’s the perfect shape, she says). The products will be available in stores and online starting February 1, with prices ranging from $2 to $170.

Though Marcelis notes the designs are stripped back, she wouldn’t necessarily call them minimal. “There’s a single simple gesture that makes every object a bit special,” she says. “Something that makes you want to look twice.” Sometimes the double take comes from letting the light be the hero (as is the case with the powder-coated LED wall lamp) or admiring the way the sun’s rays hit each product (especially the serveware). For Henrik Most, the creative leader at IKEA, it’s the way the items show off even when they’re turned off. “Each one has its own identity as a sculptural expression,” he says. “So it doesn’t ‘die’ when it’s not on.” Most also notes that they seamlessly translate across different architectural styles and personal tastes, meaning you’ll be able to keep them around forever (something you might not be used to doing with the Swedish brand’s products).

In true IKEA form, customers are encouraged to put their own spin on each piece. In her home, Marcelis has one of the linear metal fixtures at the top of a pillar so that it casts light on the ceiling, but she also loves the idea of lining them up in a long hallway to create the illusion of an archway. Her doughnut-shaped bowls work double duty: She could see them being used to hold fruit or as two separate serving trays (the halves come apart). The smaller vessels, she says, can even be placed on a vanity as jewelry cases.

The four lighting fixtures will live in IKEA’s core catalog for the long run, but the rest of the collection is part of a limited-edition release, so be ready to snag a doughnut (or a dozen) while you can.