Shadows Are Welcome in This Industrial Townhouse Outside of Paris 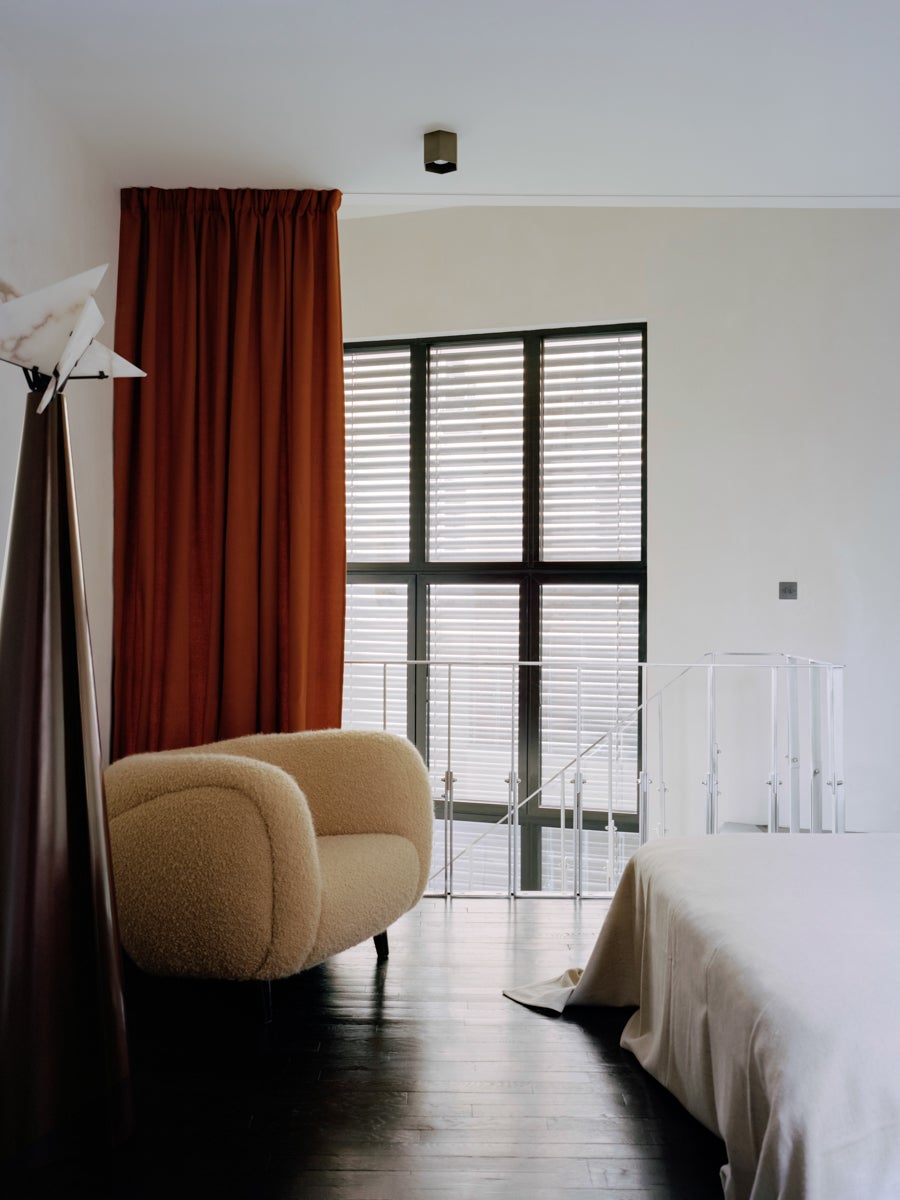 When Konrad Steffensen and Ronan Le Grand, founders of Paris-based design firm Corpus Studio, told their 32-year-old art collector client that they were going to carve a 10-by-16-foot void through all three floors of his brick townhouse in nearby Les Hauts-de-Seine, the homeowner wasn’t fazed. “I didn’t hesitate one second,” he recalls. After all, the first reference photo he showed the designers during the brainstorm phase was a vintage photo of an artist’s studio in the Montparnasse district that had massive windows. He’d asked if they could bring a similar drama to his long, narrow, 810-square-foot home, which was once chopped up into three different apartment units. They accepted—and got started by putting in a tri-level steel staircase.

The idea to construct the stairs entirely from metal came to be mostly due to the material’s sheer strength. It was also one of the only options that let them sculpt it in a way that fit the irregular, polygonal shape of the newly created cavity. “The result when looking from below or above is slightly hypnotic, slightly Escher, and maybe even Hitchcockian,” describes Steffensen. The pair wanted the railing to look more precious, more fragile, so they arranged the nuts and bolts on the thin balusters in such a way that they appear decorative. “Each part was individually designed and made to fit, with very little margin for error,” he adds.

Thinking about space in terms of volume, light, and shadow came naturally to the client, whose mother is also entrenched in Paris’s art scene (she has her own atelier, where she works mostly with sculpture and painting). “I think she gave me this approach to not just appreciate an object for how it looks but for what the process or the idea behind it is,” shares the homeowner. His mom lent her touch in a very hands-on way, too: She attended all the design meetings with Corpus Studio and sometimes arrived on-site early in the morning to talk to the artisans who were covering the old brick walls with limewash or discuss tiling techniques. “She loves to absorb things from people in other fields,” he shares.

Steffensen and Le Grand played the role of mediator between the homeowner and his mom when it came to coming up with a bathroom design. Ultimately, everyone landed on a scheme that envelops the senses: The walls are covered in a dark blue tadelakt finish; the pedestal sink is brushed aluminum; and the lighting is unapologetically fluorescent. “I like the hygienist feeling that metal brings,” says the homeowner, “especially with more artisanal and handmade finishes like the tadelakt or the Venetian plaster.”

The bedroom strikes a lighter tone with its bouclé armchair and puddle of white bedding, but the dark, chocolate brown–tinted oak floorboards and terracotta curtains (“An ephemeral wall that provides an atmosphere of privacy,” as Le Grand puts it) are there to make it prime for catching z’s. In the background, blackout exterior blinds allow the homeowner full control over the lighting in the room and, even when left open, cast shadows on the Marmorino-finished walls.

“It was not just about maximizing the glass surface area, but how to filter and play between light and shadow, depending on the time of day,” notes Le Grand. Fittingly, their client’s favorite piece in the home is the prune-colored floor lamp in the corner from the 1920s, which features a translucent alabaster shade and mahogany base. “I have been a fan of Pierre Chareau’s work since I discovered La Maison de Verre on a private tour,” he says.

The ground floor, where the kitchen now is, was once a labyrinth of tiny rooms, and the only natural light came from a tiny 23-by-31-inch window. The designers’ first move was to install a sliding glass door leading to the north-facing garden, blurring the lines between indoors and out.

On the countertops and cabinets, a special transparent oil protects the sawed European oakwood while still allowing the grain to still shine in the sunlight. The hardware on the door fronts features a bespoke design that is intended to echo where it all began: the staircase railing. 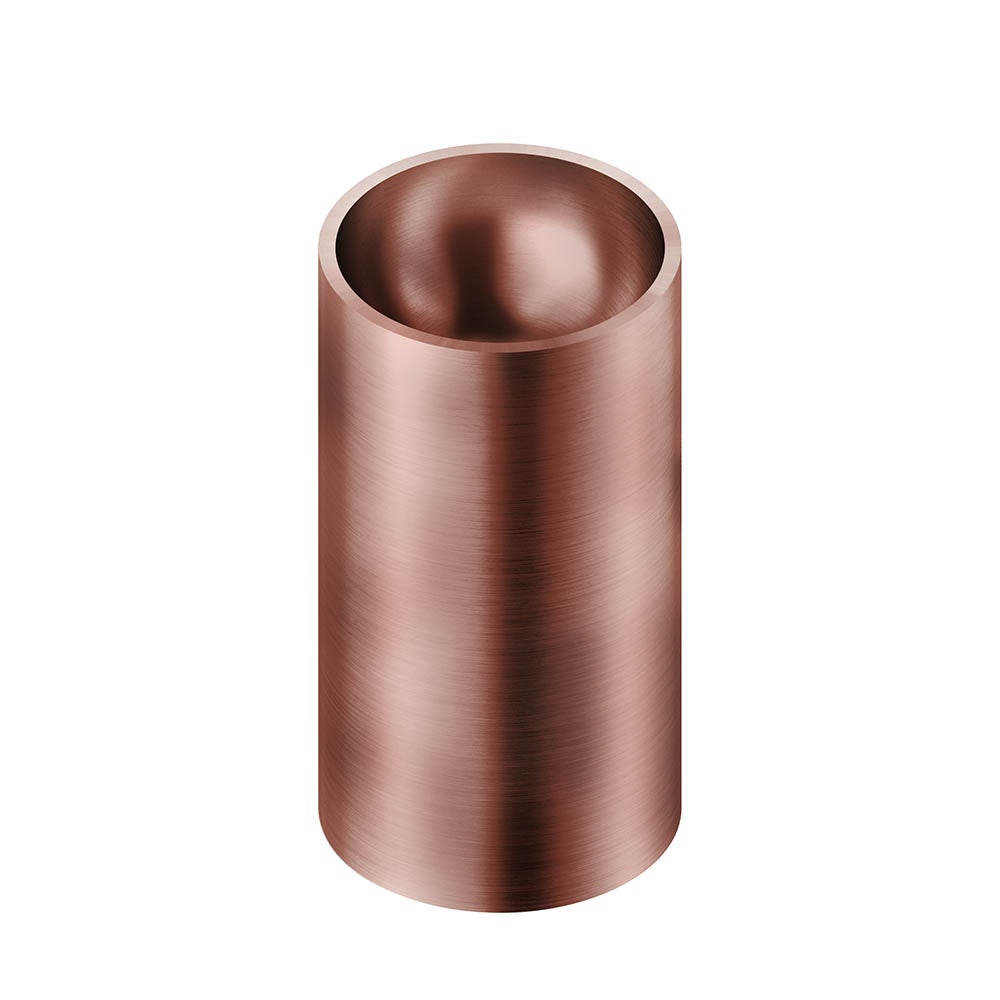 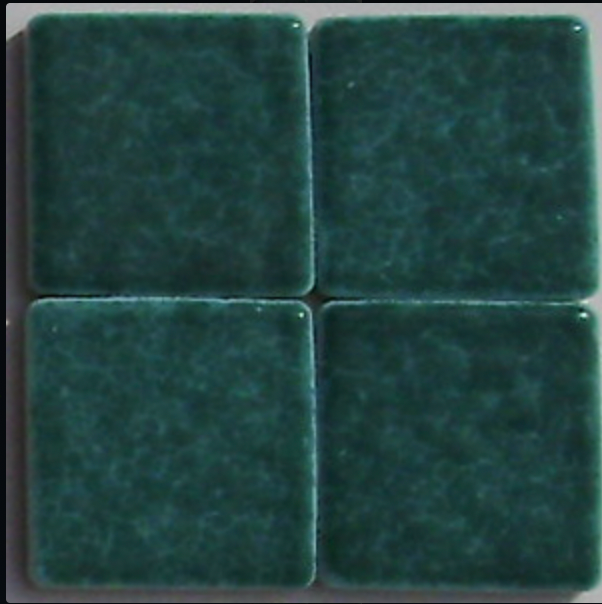 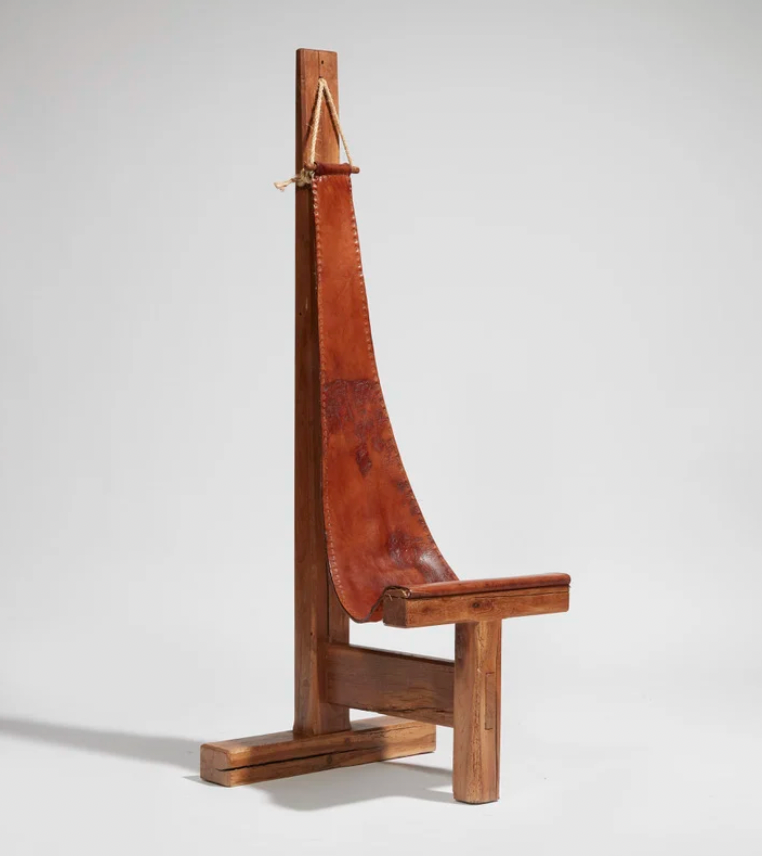