Can you leave oil out on the counter? We’ve got answers. 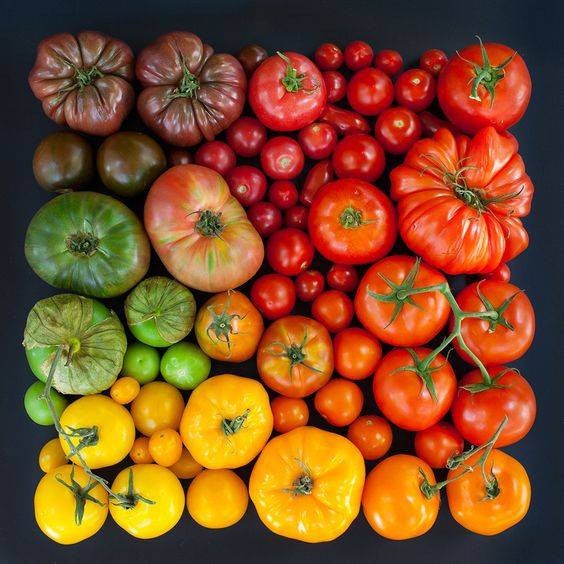 After a trip to the grocery store or farmers’ market, there’s a tendency to toss the majority of the haul into the fridge and never think twice about it. However, not everything needs to be stored in the cold—in fact doing so can have a negative effect on the texture and taste of certain ingredients. To clear things up, we made a list of the culinary staples, from produce to condiments, that should—and shouldn’t—be kept in the refrigerator. Take a look.

What to Keep in the Fridge

If you find that your avocados are already soft and turning brown, store them in the fridge to halt the ripening process until you can use them on your next slice of toast. (Which means the opposite is true: Avoid the fridge when the fruit is hard and green or they’ll stay that way for much longer.)

While the standard jar of peanut butter can live in a cabinet, the organic variety does well in the refrigerator—this way you won’t have to deal with the typical separation of the natural oils at room temperature.

We’re used to the idea of storing nuts such as almonds, walnuts, and cashews in the pantry, as they tend to stay fresh for quite a long while. But due to their natural oils, they’ll spoil more quickly if kept out for long periods. Place nuts in airtight containers and store in the refrigerator for a shelf life of six months.

Once the bottle is open, store the pancake topper in the fridge so it won’t go bad. Maple syrup supplier Baird Farm says it should be good to grab for two years.

Keep corn in the refrigerator, unshucked, until ready for use. For the tastiest results, though, eat it the same day you bring it home—Eckerts, a family of Illinois farms, explains that the more time goes by, the more natural sugars will turn to starch, making your cobs less sweet.

Store summer berries in the refrigerator immediately after bringing them home. Since washing them can increase the likelihood of mold growth, wait until before consumption to rinse them clean!

Arugula, baby spinach, and the like can wilt in what seems like a blink of an eye, even in the fridge. To keep them crisp, the food production nonprofit FoodPrint suggests removing them from the store packaging and discarding any slimy leaves immediately. Line a bowl or other large vessel with a clean, damp cloth, place your greens inside it, and you’re all set.

Although mushrooms don’t like moisture, they do belong in the crisper drawer. The secret to nonslimy portobellos is in the container: It needs to have airflow. The original grocery store packaging will often suffice, but if you’re buying your fungi loose, FoodPrint recommends a paper bag.

What Should Never Go Into the Fridge

While it’s okay to refrigerate olive oil, it can solidify at chilly temperatures. If you’re in the habit of using it daily, simply set it out on the counter or in a cabinet in a cool, dark corner. Just avoid anywhere near the stove—according to Michigan State University, oxygen, light, and heat are the major culprits for rancid oil.

Exposing unripened bananas to the cold will cause damage to the cell membrane of the skin, which results in the fruit’s classic mottled brown appearance. Once they have started to brown, though, it’s safe to keep them in the fridge if you want to pause the ripening process.

Michigan State University advises placing unripe tomatoes in a paper bag and checking daily until they’re tender to the touch. At that point, if you still don’t plan to use them for the next two to three days, you can pop them in the fridge. Just allow them to warm up a bit before serving.

Coffee beans pick up the scents around them, so storing coffee in the refrigerator can have a similar effect to that of placing an open box of baking soda inside. And no one wants fridge-flavored joe. The best practice: Put beans in an airtight container on the counter.

Housing onions and garlic in a cool, dry space is key for prolonging their shelf life. Storing them in the fridge can cause them to loose their crisp exterior due to dehydration.

Aside from spoiling the flavor of the honey, refrigerating it can inflict damage to its molecular makeup, degrading the product. Instead stick your jar in a cool, dry place away from heat.

Leave uncut watermelon and cantaloupe at room temperature to preserve their natural sweetness. Store slices covered in the fridge.

If you have access to a basement where temperatures hover around 50 degrees Fahrenheit, store your potatoes there to discourage sprouting. Otherwise toss them in a basket or bowl in the coolest, darkest spot in your kitchen. The fridge is a no-no—it can cause the acrylamide content (a possibly cancerous chemical) in potatoes to increase, according to the U.S. Food & Drug Administration.

Basil in the fridge is a recipe for wilting leaves and loss of its delicious fragrance and taste. Purchase the herb in plant form and place it on your windowsill, where it can double as decor.