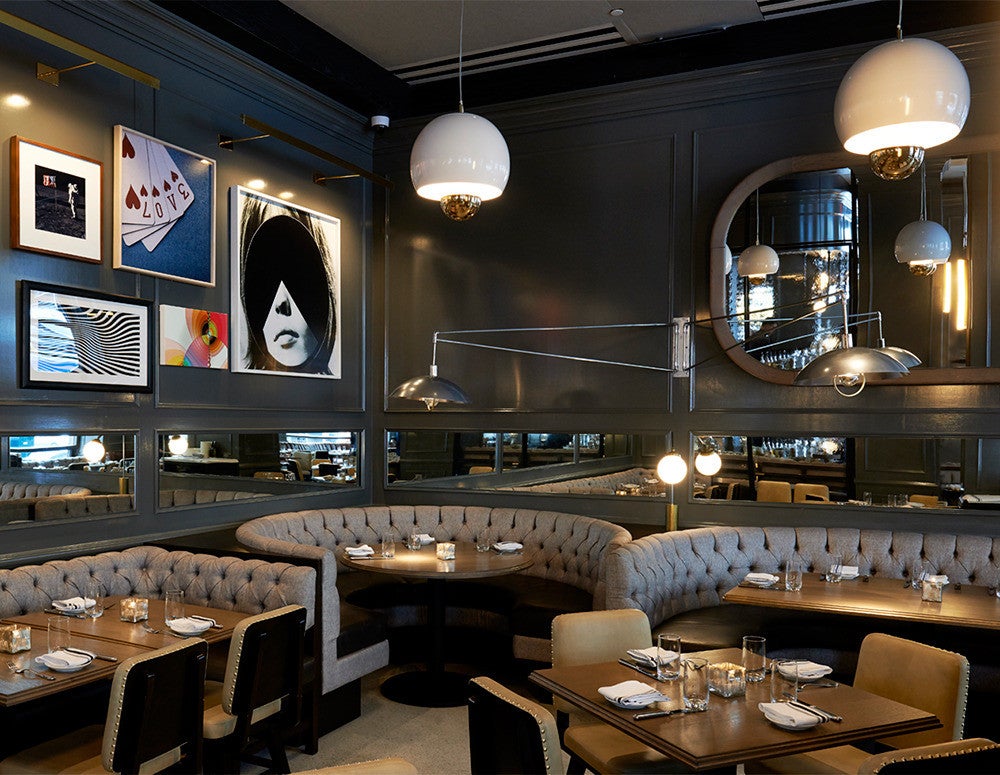 Photography by the wayfarer

Interior design firm Meyer Davis crafted the eclectic look of the venue—located at the bustling corner of 57th St. and 6th Ave.—with an emphasis on retro-era minimalist modern design with splashes of the 1800’s, time periods that were of major influx in the history of New York City.

Executive Chef Braden Reardon serves an artisanal menu focused on locally sustainable fresh fish and shellfish while award-winning mixologist Christian Sanders serves up custom-crafted cocktails, such as the house drink, The Wayfarer, which features hints of agave and black cardamom.

Another source of inspiration for the space was the Campbell apartment in Grand Central Terminal, which was formerly the private office and salon of 1920’s tycoon John W. Campbell.

Throughout the restaurant’s dining room, a mix of 70’s era modern art installations are sprinkled with black and white photos of disco-era icons like Diana Ross and Mick Jagger.

Red-lit neon signs display “The Wayfarer” hanging in the second-story windows overlooking– a hint to the outside world the electricity of the space that lies within.