Suerte took its Tex-Mex theme well beyond just the food. 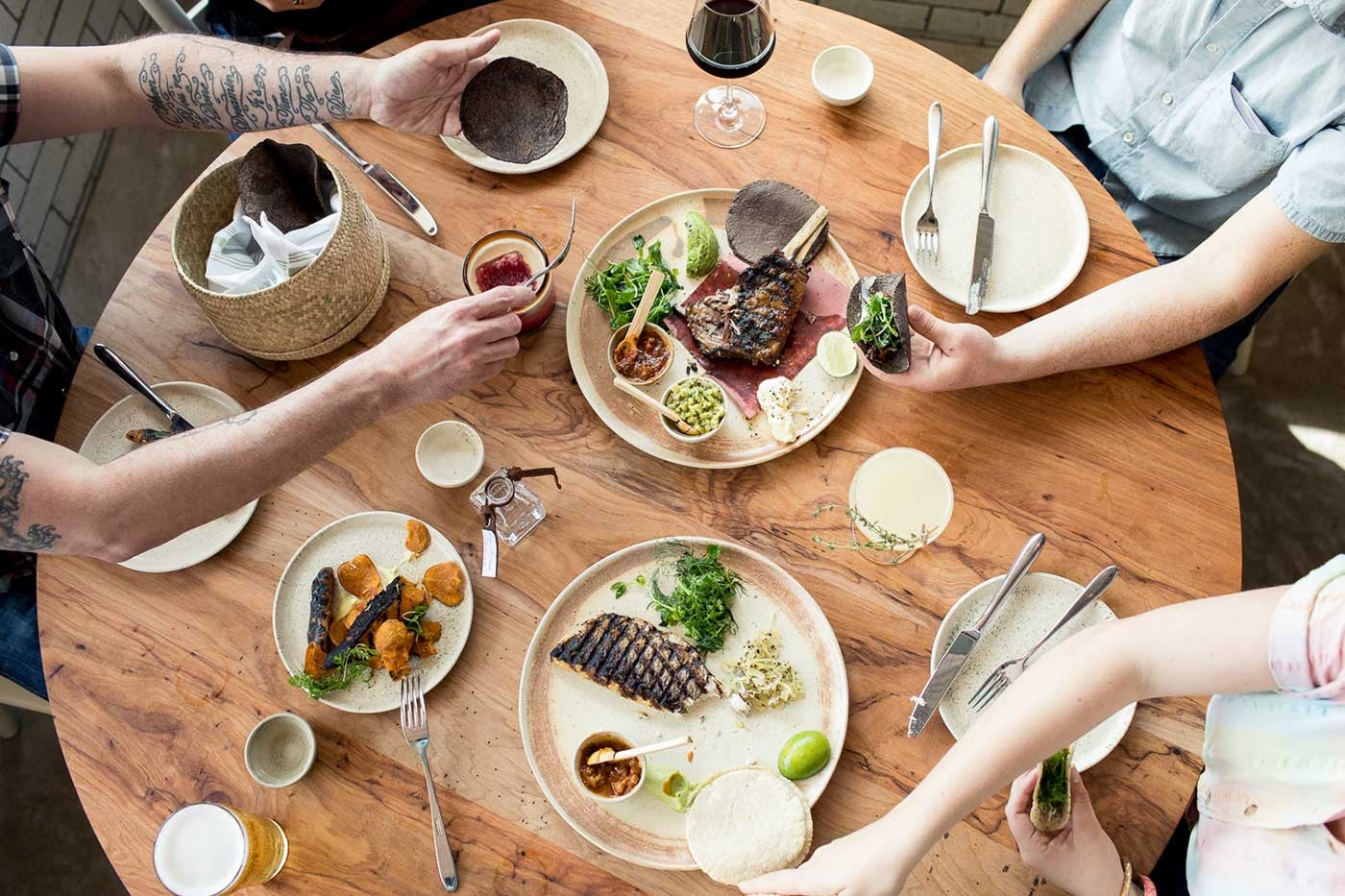 In the capital of Texas, you don’t need to go far to find bowls of golden queso and plates of chile-doused enchiladas—the cheesy comfort cuisine known as “Tex-Mex” (first coined by chef Diana Kennedy in 1972) continues to enjoy immense popularity throughout the state. But now, a pair of Austinites are giving the phrase an entirely new definition.

This month, restaurateur Sam Hellman-Mass (who opened Odd Duck) and chef Fermín Núñez (most recently the executive chef at Launderette) launched a new concept called Suerte in the space formerly occupied by Dario’s in East Austin. Central Mexican cuisine, made with Central Texas ingredients from more than a dozen farms and ranches, is the focus of the menu, and masa, made in-house using heirloom corn, is its backbone.

Invented by Aztecs thousands of years ago, masa remains a staple of Mexican cooking, but the traditional, labor-intensive process has been largely replaced by an instant version made using masa harina (maize flour). But at Suerte, tortillas are pressed and griddled to order, resulting in an unmistakably fresh flavor and tender bite.

“This is the magic of tortillas made from fresh masa using local corn,” Hellman-Mass, who sources heirloom white and Bloody Butcher corn from Barton Springs Mill and Richardson Farms, says. Núñez then puts the corn through a process called nixtamalization, which is to soak the dried kernels using calcium oxide and then grind them into a dough using a molino. The resulting masa also goes on to craft tlacoyos covered in pork belly carnitas, tlayudas topped with green chorizo and white bean refrito, chicken tamales enrobed in recado negro paste, and more.

“Mescal and tequila are also an important part of the story of Mexican food,” Hellman-Mass adds; he’s curated an extensive collection of agave spirits, from Sonoran Bacanora to raicilla from Jalisco to sotol crafted locally in Central Texas.

During his extensive travels throughout Mexico to research the restaurant, Hellman-Mass also commissioned local artisans to craft custom items like blown glasses in Hidalgo and handwoven Oaxacan textiles. Old mescal jugs and piloncillo molds acquired in Mexico City have been repurposed into lighting fixtures by Texan artisans, and antique metates (used to grind corn) and nixtamal colanders are displayed above the bar. Juxtaposed with tables and stools crafted by Austin carpenters using local wood, this is Tex-Mex like you’ve never before seen—or tasted.