And we can’t stop staring. 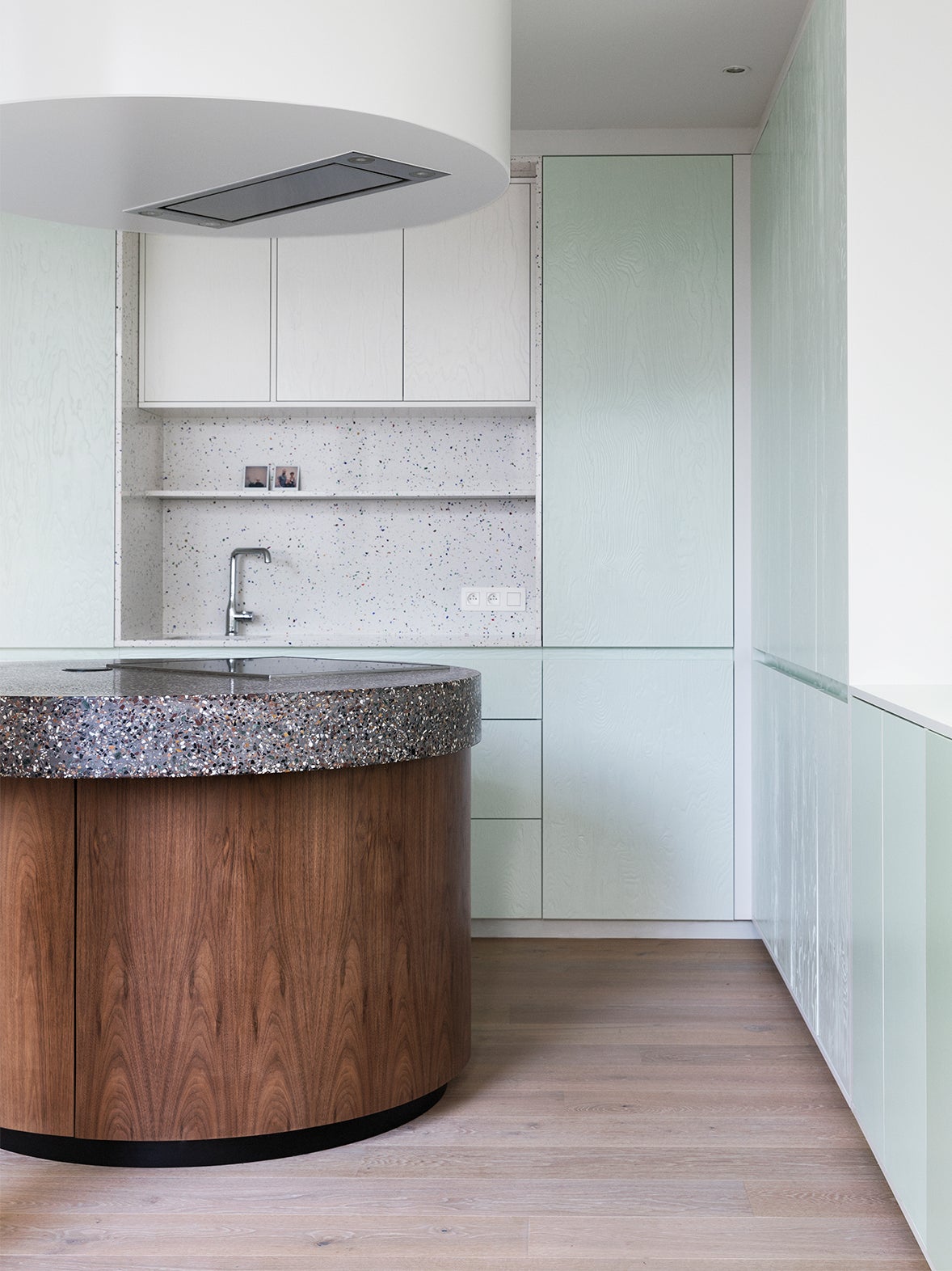 “The pink UFO has landed,” declares Dries Otten. The Antwerp, Belgium–based interior architect isn’t talking about the arrival of an extraterrestrial being—he’s referring to his latest renovation, specifically the round kitchen island. The pink concrete countertop and brass base definitely add to its galactic vibe, but it was its disc shape that really had us stunned. Kitchen islands can be…round?

We’re used to seeing massive, rectangular islands that can seat a family of five and serve a buffet for 30. (Even Houzz dubbed the prominent feature “the crown jewel of the kitchen” in its 2020 trends report, noting that one in two homeowners going through a renovation opts to add a new island or upgrade their existing one.) Elaborate and oversize has become the norm, which is why Otten’s design really threw us for a loop. The compact structure was specifically made to encourage flow in a tiny space. Plus, it features 360-degree cabinets and a stovetop, making it storage-friendly and super-functional.

But this wasn’t Otten’s first go-around with circular islands. He previously created one for his KAARS project, for which he was tasked with squeezing a kitchen, dining area, and sitting area in 300-something square feet of space. “That’s quite small, even by Belgian standards,” he says. Miraculously, the curved design left plenty of room for a round table, which he slid under the cantilevered top.

That gray terrazzo island also features a stovetop and built-in oven at its core, both of which face toward the living area to encourage interaction between people in different rooms. “That way, you’re not looking at the back of someone’s head when they’re cooking,” says Otten. And thanks to its shape, the all-in-one station also leaves more room to gather round.

See more stories like this:  Custom Knobs and a Hit of Shine Turn a Ho-Hum Galley Kitchen Into a Stunner The Biggest Kitchen Design Flex Is a Couch These Two-Tone Kitchen Cabinets Give You the Best of Both Worlds