A 1950s Bungalow With a Scandinavian Twist

How a self-described “maximalist” went minimal for her Nordic-inspired home. 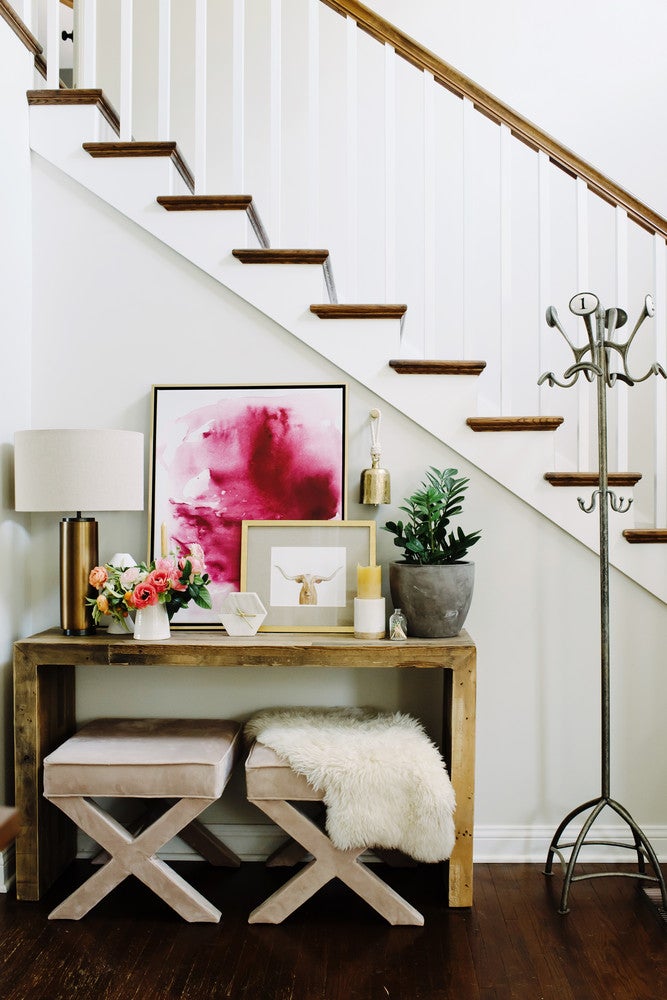 This mid-century bungalow is located just outside St. Paul, Minnesota, in an region with deep Scandinavian roots. Melissa Oholendt and her husband Matt fell for the shingled home, seeing it as a postcard of idyllic neighborhood living—with hydrangeas out front, a big backyard for their dogs to play freely, and a wide street filled with kids to chase the pups home when they sneak out.

In a setting like this, super traditional interiors are common, but these homeowners fought their “maximalist” tendencies. Instead, they played up the region’s minimalist, Nordic heritage for a comfortable, light-filled home they and their labs, Gunnar and Charlie, adore.

“I’ve loved the feeling of light, simple lines, and cozy-centered design for a while but always thought my style was a bit too maximalistic to fit into any type of Scandinavian mold,” Melissa says. As a lifestyle photographer, she’s used to styling shoots, so she began adjusting her own vignettes at home—slowly infusing more modern pieces into the mix.

“I noticed the feeling in our house transitioned to a more focused, modern Scandinavian—with some traditional vibes thrown in for good measure, along with a healthy dose of color,” she says. “That was the domino effect for the rest of the purchases, and we haven’t looked back since.”

An edited palette of navy, neutrals, blush, and brass keeps things from getting too busy. The layered entryway elevates the well known white-and-wood Scandinavian look by introducing streaks of soft pink via footstools and a painting by Lindsay Letters. Since the dining room is the first thing you see when you walk into the home, the homeowners make it feel extra special by accentuating their farmhouse table with seasonal centerpieces from friend and florist Munster Rose.

Upon moving into the house, the couple was especially excited to have multiple bathrooms, and decorating them was a joint effort. One powder room truly embodies their aesthetic, blending Caitlin McGauley’s Panthera wallpaper with warms woods and brass.

Unafraid of a little DIY, together they tacked a major project in the living room: building a floor-to-ceiling bookcase on a blank wall, discovering that “a bookshelf is just a series of boxes put together.”

To style them with as much fashion as function, Melissa studied Emily Henderson’s tutorial. And to keep the color palette from getting out of control, she covered every book with brown kraft paper so she could get more loose and playful with the accessories—many of which are brass, mimicking the hardware.

In the kitchen, Melissa also wanted to swap all the drawer and cabinet pulls out for brass, but her husband convinced her that black would ground the space, also echoing the simple lines of the Windsor chairs. Traditional overhead lighting was replaced with modern, slightly old school pendants from West Elm. And another flash of pink on the floor further lifts the black and white look. “I had read somewhere that every room should have a vintage piece in it, and a bright vintage rug felt like the best addition to an otherwise mostly blank slate,” says Melissa, who sourced this rug from Ebay and many others from Etsy vendor Vintage Kilim.

Rugs and throws are layered throughout the home—a staple of Scandinavian design because of the cold weather. Plus, the textiles create a barrier between the furniture and labs, who the homeowners say tend to think of everything as a big dog bed.

For their master bedroom, Melissa mixed white linens and a pink ottoman with metallic lights and moody gray walls, striking a beautiful balance between the masculine and feminine, something she’s been doing all along at photoshoots.

“I love to photograph beauty,” Melissa says. “Whether that beauty comes in the form of a couple’s wedding day or the way a family interacts in their home, or even, sometimes, a home itself—I really just adore capturing beauty.” So it’s no surprise she filled her own space with so many beautiful moments.