scandal premieres this thursday. we apologize in advance to friday. 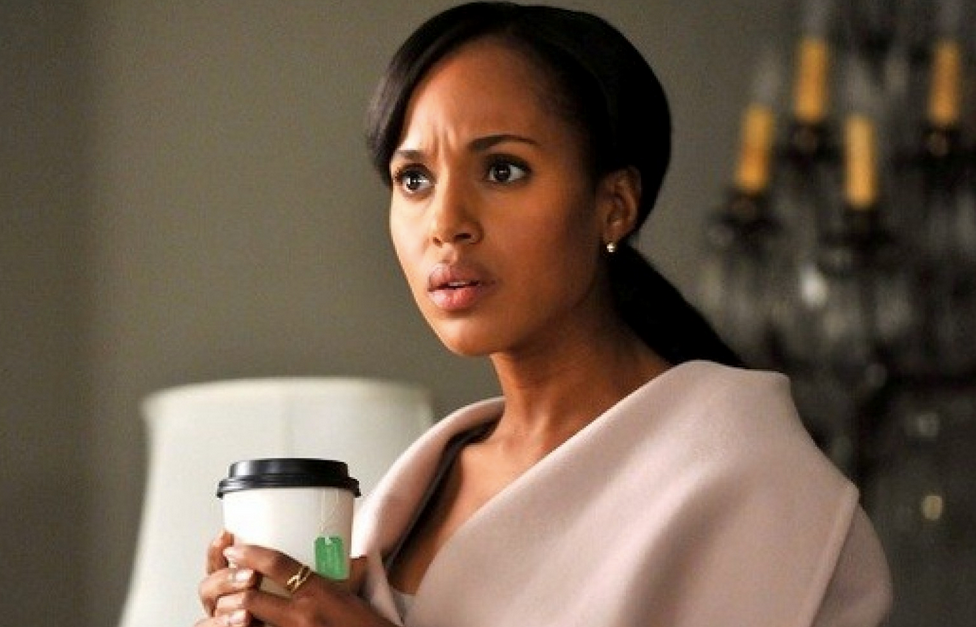 Throw the ultimate #TGIT watch party with your fellow Gladiators for the Scandal premiere on September 24th with advice from the series’ Darby Stanchfield (also known as Abby), who watches with the cast at Jeffy Perry’s house each week, and be prepared with an excuse for missing work on Friday. Don’t worry, it’s handled.

I have an Olivia-size hangover

One of the reasons we love Olivia Pope is because of her commitment to an indulgent glass of red wine after a long day at the office (or just because). An oh-so-fitting Olivia Red Wine Glass guarantees you’ll be able to handle what Darby describes in the premiere as, ‘”Jaw-dropping plot twists and hot scenes that might set your TV on fire!”

These sweatpants are all that fit me right now

Nothing screams watch party like a full assortment of sweets and snacks. “My must-haves for any watch party include amazing snacks and beverages,” says Darby. “This must include chocolate!” Pretend you took Fitz up on his offer to relocate to Vermont with this Classic Artisan S’mores Kit & a Portable Fireplace or mourn the death of Jake and Olivia (for now – we know to expect the unexpected with Shonda Rhimes) with the Vosges Haut Chocolat Exotic Truffle Collection.

“Jeff insists we don’t bring tons of snacks because he orders a huge, delicious spread,” says Darby. “Time permitting, he will sometimes treat us to home cooking, too! Kerry also regularly treats the cast and crew on set with cupcakes, candy stations and occasionally, gourmet popcorn!”

There’s confetti stuck in my hair

Whether you’re team Fitz or team Jake (or both – I mean…), you’ll want to celebrate making it through what’s sure to be a scandal-ridden (ha) premiere. What better way to do that than popping confetti with your best gals? Thimblepress makes it easy with its Push-Pop and All That Glitters confettis.

Share your excitement with the cast by live-Tweeting at @ScandalABC. “I do a whole thing with a ‘Sassy Abby’ persona when live-Tweeting with all caps and lots of emojis,” says Darby. “Bellamy Young also writes the most heartfelt and loving tweets to the Scandal fans.”

I had a nightmare about Fitz and Olivia

A glass of wine and a s’more, plus the anxiety of a Scandal season premiere, can put even the most seasoned watch-partier to sleep — especially with cozy essentials, like the Loom Decor Pink & Orange Flame Stitch Custom Pouf, Katie Kime Pink Khander Pillow and the Designers Guild Lakira Amethyst Throw.

Although, this might not be enough to deter Tony Goldwyn. “He would definitely be most likely to want to extend the party late into the evening,” says Darby. “He has this fun, adventurous soul and really enjoys life to the fullest.”

I’m being held captive by B613

Don’t pull a Kerry — we asked Darby who would be most likely leave the watch party early and she said, “Kerry! As the lead, she does the heavy lifting on the show and also with the press so she often has a super early morning.” Instead, invite your girls to spend the night, and re-watch the episode in the morning to catch any moments you missed. Enjoy mimosas in a Global Views Crosshatch Champagne Flute onKhristian A. Howell’s Gold Dots Acrylic Tray while evading your own personal secret service (also know as the boss). Pop a Tops Malibu Big Golden Sparkle Wands on your brunch to really celebrate both the start of a new season and a successful celebration of #TGIT.Darby recommends re-watching the finale of season 4 to prep for the premiere. “It’s a fabulous reminder of all the tense cliffhangers that we pick up from,” she says.Scandal Season 5 premieres on ABC on Thursday, September 24 at 9/8c.