And her favorite vintage finds. 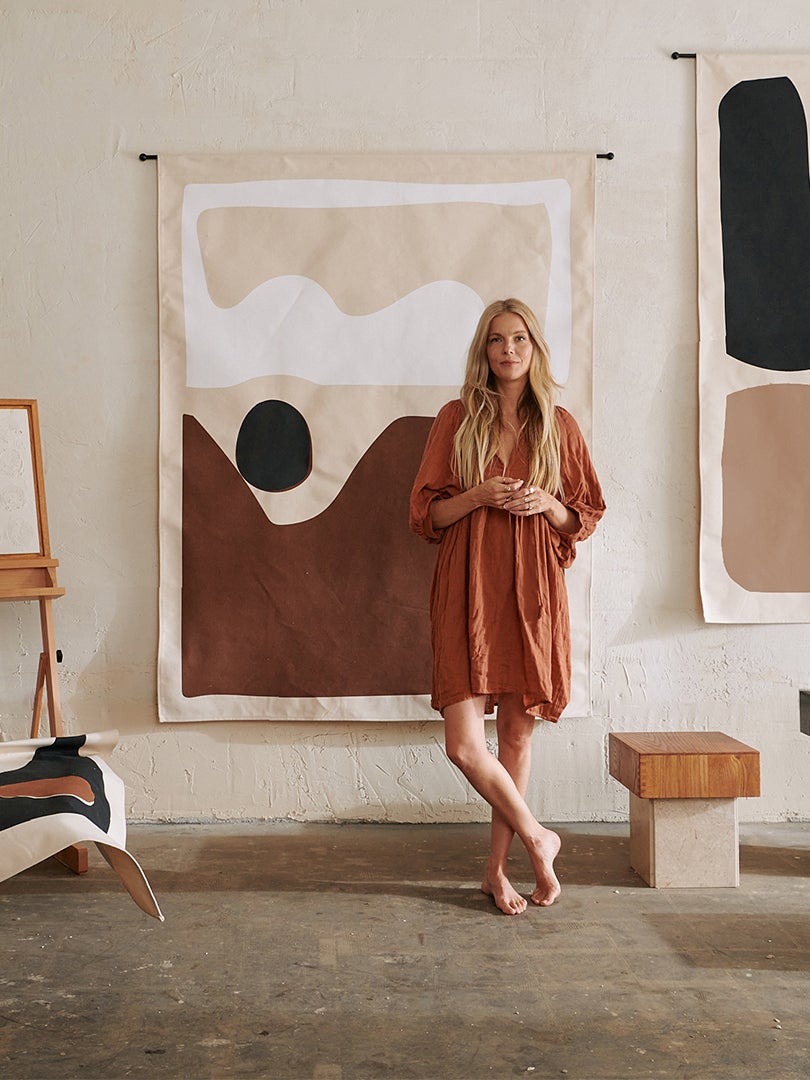 You already know Sarah Sherman Samuel as an accomplished designer and, ahem, a Domino cover star. But what you might not know is that—amid taking on renovation projects for celebrities (hi, Mandy Moore) and collaborations with brands like Lulu and Georgia—she’s also an accomplished artist. “One of my pieces was featured in Domino,” she says, referring to the round plaster piece above the fireplace in her Grand Rapids, Michigan, home.

And now with the launch of SSS Atelier, you could have Samuel’s art in your space, too. For the past three years she has been quietly making plaster pieces, and in the past year silk-screened tapestries, for her friends and for herself, but has never shared them publicly. “Moving to Michigan from Los Angeles is what offered me the space to dedicate myself to creating art,” she says. “I finally had physical space to spread out, but also mental space to really bring these pieces to life.”

Influenced by nature, the 10 original pieces in her new collection will be sold alongside some of her favorite vintage furniture finds that she’s reimagined with the help of local makers. Even Pop Pop, Samuel’s dad, got involved in the project by making wood frames for her textured plaster works.

As for styling Sherman’s art in your home, she says less is more. “In general I look for fewer large pieces of art as opposed to incorporating many smaller pieces,” she says. “The large scale of the tapestry work in itself is commanding.” And there’s only one place she wouldn’t hang a tapestry: “Not so much in the shower.”