How Did These Colorful Blankets End Up in Every Boho Home?

The origin story of Peruvian frazadas. 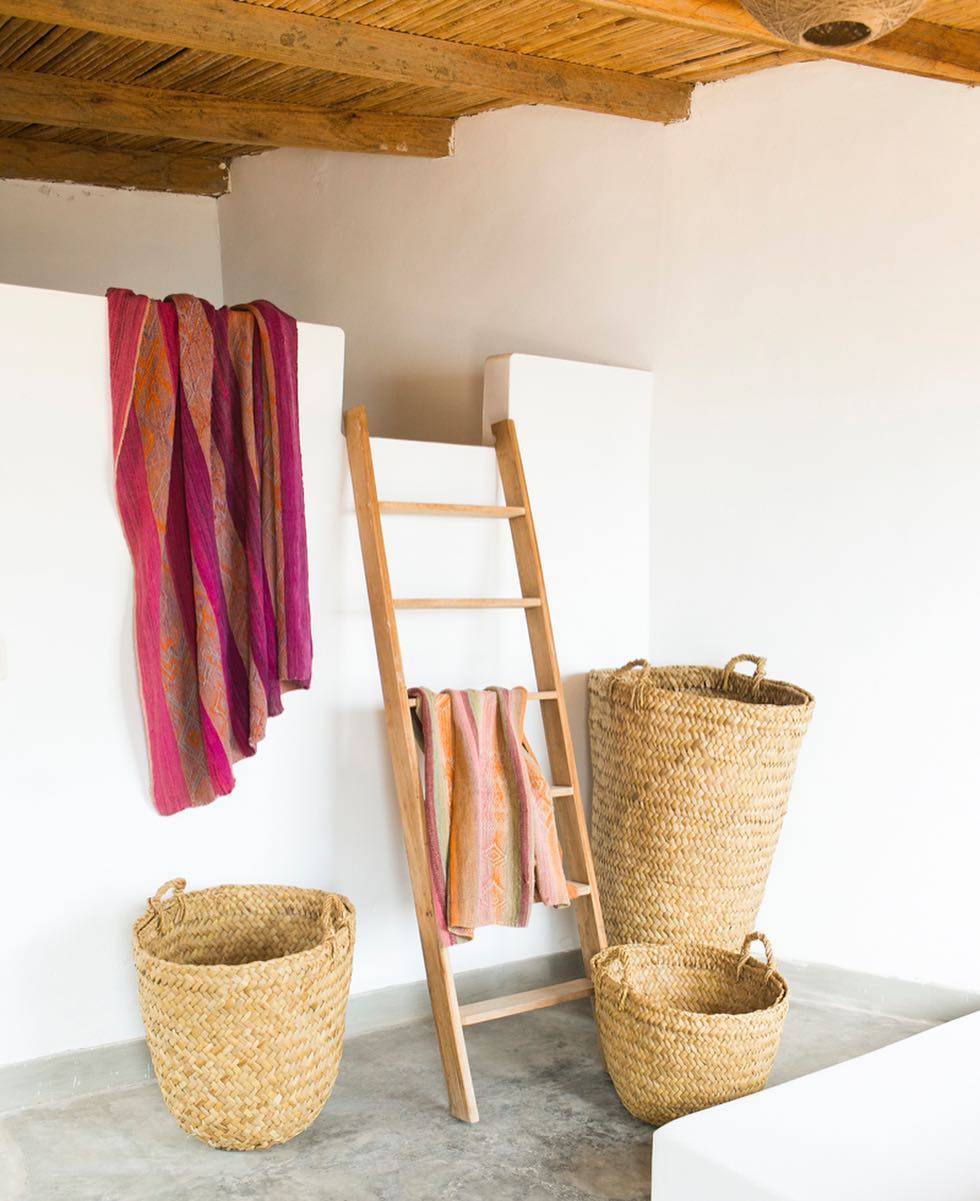 We’re inspired by artistry we see all around the world, though in the industry at large, not every culture gets full recognition of its impact on global design trends. In our Origin Story franchise, we’ll highlight the cultural histories behind the decorative objects that have informed how we think of design.

Their common palettes of rich pinks, purples, and reds have made them a beloved textile worldwide, perfect for draping across a bed or the arm of a sofa, but Peruvian frazadas sourced from weavers in the Andes mountains aren’t just ordinary blankets. They are rich with centuries of history and tradition passed down from generation to generation, though according to Peruvian-born Jenni Li, who runs the online shop Intiearth, those histories vary from person to person, from family to family, and from village to village.

“For some people, they mean nothing, and for some people, they’re precious,” she says. “I’ve met people who have said their grandmother gave them one that’s very special to them. Another person told me, ‘They’re heavy, they get dirty, and they’re hard to wash, so now we just buy fleece in the market.’”

Frazadas, after all, are made for their functional use as blankets, and while someone may have a special connection to a quilt made by a family member or a swaddling blanket from childhood, not everything you use to cover your bed will necessarily have sentimental value. Frazadas are made by weavers in the Andes—in both Peru and Bolivia—primarily for personal use. They may eventually sell their creations, but the intention in their creation isn’t capitalistic, and that’s why most of all Frazadas on the market are vintage.

Li, who grew up in the United States and now resides in Brooklyn, was inspired to open Intiearth—which sells assorted Peruvian goods, including frazadas—after revisiting Peruvian marketplaces in her country of birth with her children. “I want to show people the traditional textiles and techniques in Peru that come from all different regions,” she says. “They’ll often make things for tourism, but they’re not nearly as beautiful as the things they make from their own personal histories and culture.” Below, she shares the cultural backstory of the blankets that have become coveted for their masterful mix of texture, color, and pattern.

First things first: The word most often used to describe these specific blankets in Peru isn’t actually Frazada. “The more common word is manta when Peruvians talk about a blanket,” Li says.

In online retailers, you’ll typically still find these blankets labeled as ‘frazadas,’ but it’s important to note how an outside audience can shift the framing—even the name—of a culture’s traditional craft. By supporting retailers that sell genuine frazadas, instead of retailers that might draw a little too much inspiration from the style, you can give proper credit where credit is due—with your wallet.

Frazadas are made through a centuries-old technique using a backstrap loop, which is essentially a weaving tool that a weaver affixes around their midsection. Because they’re individually made, they’re all unique, and colors, patterns, and styles can vary quite widely. “Frazadas all vary depending on what a person can carry and the weight that they can hold,” Li explains.

Still, color palettes and patterns have a way of recurring. “Sometimes, I’ll find that from one village or one family, they’ll all have the same patterns or the same colors, and the technique used will be the same,” Li adds. “I have found repeating patterns and colors that can tell a story about trends, in a way. People copy.”

Perhaps the most stand-out signifier of an Andean frazada is the bright hues of pink, red, and purple that they often feature. “Typically, synthetic dyes weren’t available and they used plants and insects from the area they lived in to make natural dyes. Color depends on what region the creators live in,” says Li. “For example, nogal is a walnut tree. If you don’t have nogal where you’re living, you’re not getting the brown dye it creates. Cochineal is very popular—it’s an insect that lives on the cactus and it makes a variety of reds. If you don’t have that cactus near where you are, you’re not going to get that red.”

The wool they’re made out of is also sourced on a super-local scale. “People make frazadas using the wool from their own sheep. Many people have sheep and are farmers or they’ll buy what’s readily available in the market in the center of town,” Li adds. “The people who are really remote, create frazadas with their own resources, but the people closer to the city may end up mixing synthetic fiber with wool in their frazadas or using synthetic dyes mixed with natural undyed colors.”

They’re Not Made for Retail

The reason virtually every frazada you’ll find in an online shop or brick-and-mortar retailer is vintage is that these textiles aren’t made to go directly to market. “People make them for their personal use. When they’re finished with them, they sell them,” Li says. “They have something in their home that is traditionally an heirloom—something that your grandmother made, your mother made. Some have names in them or symbolism. They’re used for sleeping, and they’ll use three or four because it’s so cold. Then, what happens is they just want to get rid of them. Some people can’t get to a city, so they’ll barter them off.”

They Come From a Complicated History

Colonization has a lasting, debilitating effect on the ability for indigenous cultures to maintain their histories, and as a result, much of the knowledge about this textile’s full backstory is unknown, which makes it crucial to support retailers that actually work to preserve and recognize these traditions. “The people making frazadas are coming from really rural communities. These people have lost so much of their culture along the way,” Li says. “When it comes to their history, it depends on who you talk to; people have been doing this for as long as they can remember. It depends on where you come from, where your grandma learned it—they might say, ‘No, she just always knew it.’ It’s ingrained in them as just something they do.”

See more global trends: Contemporary African Design Finds Its Spotlight in This New Shop Hear Me Out: This Polish Pottery Is Positively Joy-Inducing Slide Over, Scandi: Latinx Design Is Up Next