Our Predictions for Pantone’s Color of the Year for 2017!

We've got our eyes on Primrose Yellow! 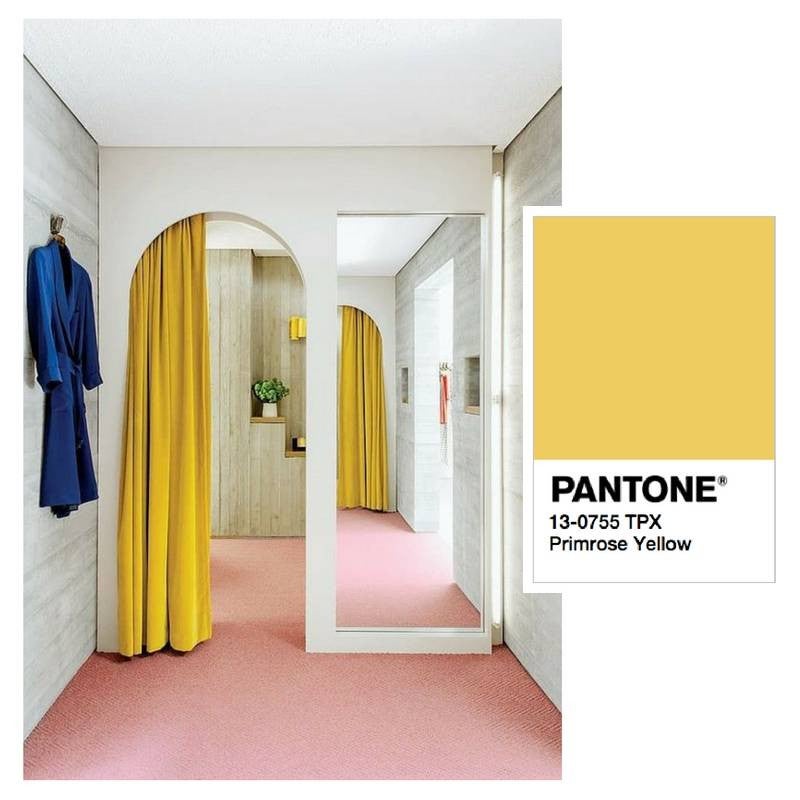 Each year, we wait on the edge of our seats for Pantone to reveal their Color of the Year. This year is no different. In anticipation of the announcement for 2017, we did a little digging through the years past, in effort to predict the new shade. While doing so, we came to the realization that each Color of the Year existed among the same year’s Spring Color Fashion report. Using that as a point of guidance, we set out to unearth the six shades that could take the lead as 2017’s Color of the Year. Take a look!

What better way to follow up 2016’s understated color duo than with a shade as vibrantly powerful as this? The appropriately-titled and fearless Flame is one that certainly fits the bill, and will undoubtedly extend a bold detail to your decor. Pair the shade with a deep blue backdrop and moody tones, or bring it in as a pop of color within a whitewashed space.

There’s no doubt that we have a slight obsession with shades of green, and this understated version is no exception. Skewing away from its traditional use in the form of a wall paint or textile, bring the color into an interior in a natural detail. We’re loving the unique color element the plant contributes to this rustic-esque decor scheme.

Earthy tones have been making a comeback, whether they be in the form of woven textures or wooden details. Pantone’s Hazelnut emulates the subtle qualities of a desert-inspired palette, resulting in a surprisingly dynamic and eye-catching shade.

It’s hard to imagine yet another year of blues, especially as we come off the heels of 2016’s Blue Serenity. Nonetheless, there is something about this hazy shade that has us completely captivated and enamored. Niagara’s reticent characteristics earned the color a spot on our prediction list, and truth be told, we wouldn’t mind seeing more of it in the coming year.

We love the rich depth of this earthy hue, inspired in form and saturated with warmth. Potter’s Clay may be the outlander of the group – seeing as it was not listed on Pantone’s Spring 2017 Fashion Color report – but it’s just bold enough to be the stark color contrast we’re craving for the new year.

Consider it an elevated take on the mustard yellow that has been taking over the runways this year. Primrose Yellow’s subtle ode to the jeweled palette will extend a luxurious element to the space it embodies. Implement the shade within an interior in the form of a rich texture such as velvet, and complement it with a subdued pink or bold emerald.