This Superfood Could Be The Next Kale

If you haven’t yet heard of moringa, you’re about to. 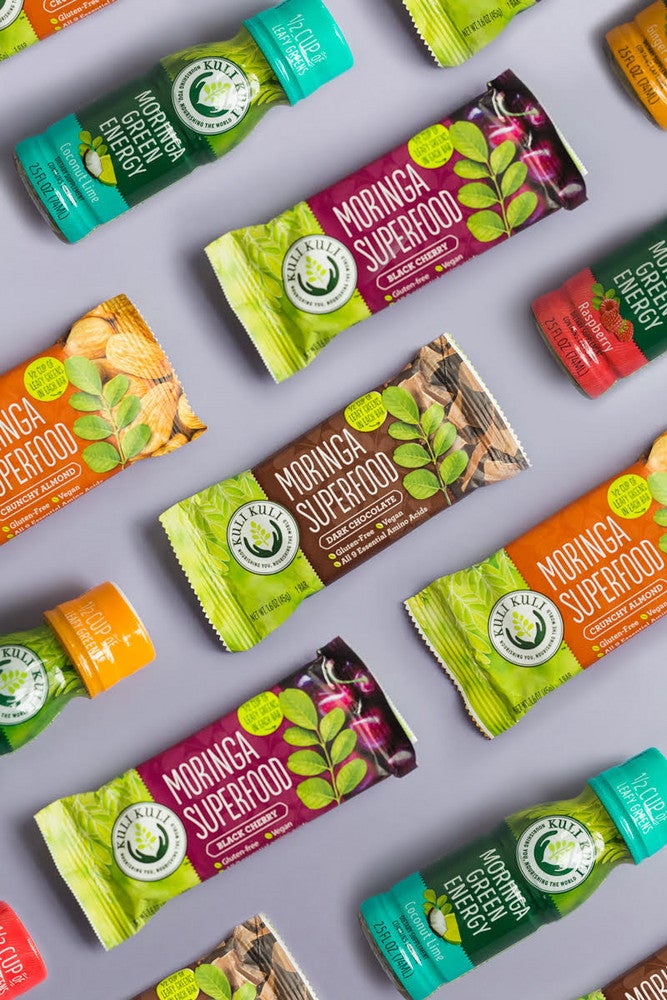 Remember moringa oil, the miracle beauty tool that can do everything from remove your makeup to minimize scarring? Turns out, the plant is also an incredible superfood, heralded as the next big thing by the Wall Street Journal and “the next kale” by NPR. A tough act to follow in terms of superfood popularity, so what exactly is so special about this kale usurper?

Lisa Curtis is the 29-year-old founder of Kuli Kuli, the leading moringa brand in the United States. Her first encounter with the leafy green came while she was serving as a Peace Corps volunteer in Niger, West Africa.

“As a vegetarian, I found myself feeling tired off a diet of beans, rice and millet,” says Curtis of her introduction to moringa. “I told a few of my friends at the local village health center how I was feeling, and they recommended moringa.”

After trying the leaf mixed into kuli-kuli, a popular local snack made primarily from peanuts, Curtis began researching moringa and discovered that the plant is incredibly high in nutrients such as protein, calcium, iron, and other vitamins. The nutritional benefits, coupled with the newfound energy moringa gave her, led to Curtis’ decision to bring the crop to the United States.

Enter: Kuli Kuli, which not only produces the super green in multiple forms but also works to empower women. The company has planted over 200,000 moringa trees and in the process supported more than 800 female farmers, enabling them to earn a living through the work and the 10% profit that is given back to Kuli Kuli’s partners. According to Curtis, America has already embraced moringa with open arms.

“We’ve seen strong excitement for moringa, both for its nutritional and medicinal properties. Many Americans know that they should be eating more greens but often don’t have time to stop for a salad,” explains Curtis. “As one of the most nutrient-dense greens in the world, moringa is uniquely positioned to fill that need through Kuli Kuli’s moringa powder, bars, and energy shots.”

In fact, the plant is so nutrient-dense that Kuli Kuli’s powder alone provides 50% of your daily iron, three grams of plant-based protein, and three grams of fiber. The multitude of vitamins contained within the super green give it anti-inflammatory and detoxifying properties as well, which could help manage and even prevent chronic diseases such as diabetes or cardiovascular disease. And if you’re wondering, yes, this does make moringa more nutrient-dense than kale.

Kuli Kuli sells moringa as a superfood bar as well as natural energy shots (one of which is the caffeine equivalent to a cup of coffee, but also contains half a cup of revitalizing greens); however, the brand’s most versatile product is the Pure Moringa Vegetable Powder.

With one tablespoon of the powder equaling a full serving of vegetables, there are tons of ways to integrate it into your meal plan: swap it with matcha for a warm latte or toss it into your guacamole for a healthier take on the dip. Curtis even recommends stirring it into your morning oatmeal with almond butter and goji berries, adding it to a stir-fry or curry, or simply making a green power smoothie with a bunch of fruits and vegetables to start the day off right.

Given the success of Kuli Kuli —it’s currently available in over 3,000 stores— it looks like this super green is here to stay. Want to test it out for yourself? Purchase some moringa products online at kulikulifoods.com (if you’re not ready to commit just yet, try the sampler pack!) or head over to Whole Foods to pick up some of the miracle plant powder in person.