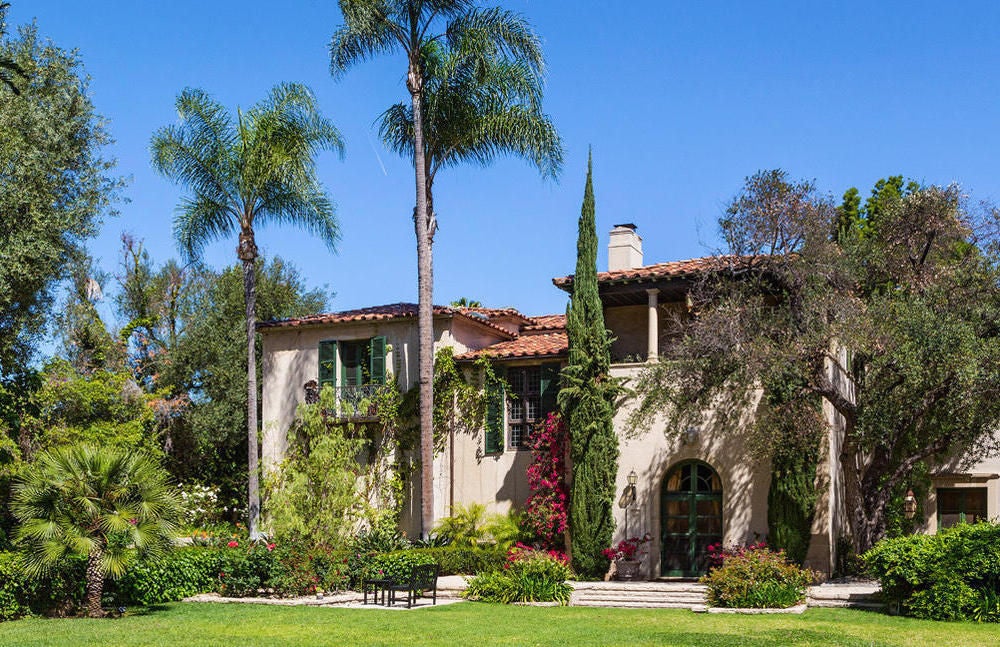 We’re in awe of the lavish Los Angeles spread the star just sold for a cool $16 million.

In 1999, Melanie Griffith—and then husband Antonio Banderas—purchased a 15,110 square foot, three-level estate in the heart of the famed Miracle Mile district.

The Italian-Revival style property was designed in 1925 by architect Gordon B. Kaufmann (the same man responsible for the Hoover Dam) and includes thirteen bedrooms, eleven baths, four fireplaces, an elevator, a recording studio, and a gym.

Although most of the home bears stately vaulted beams, the particularly elaborate formal dining room features a hand-stenciled coffered ceiling.

In addition to the two-story kitchen and bi-level banquet hall, the abode boasts a wood-paneled library with an arched ceiling.

The couple also purchased the house next door and combined the two properties for a grand total of 1.5 acres, which allowed for a courtyard swimming pool, several gardens (both rose and vegetable), and sprawling lawn.