What was once Mariska Hargitay’s Hollywood Hills hideout can now be yours for $4.75M. 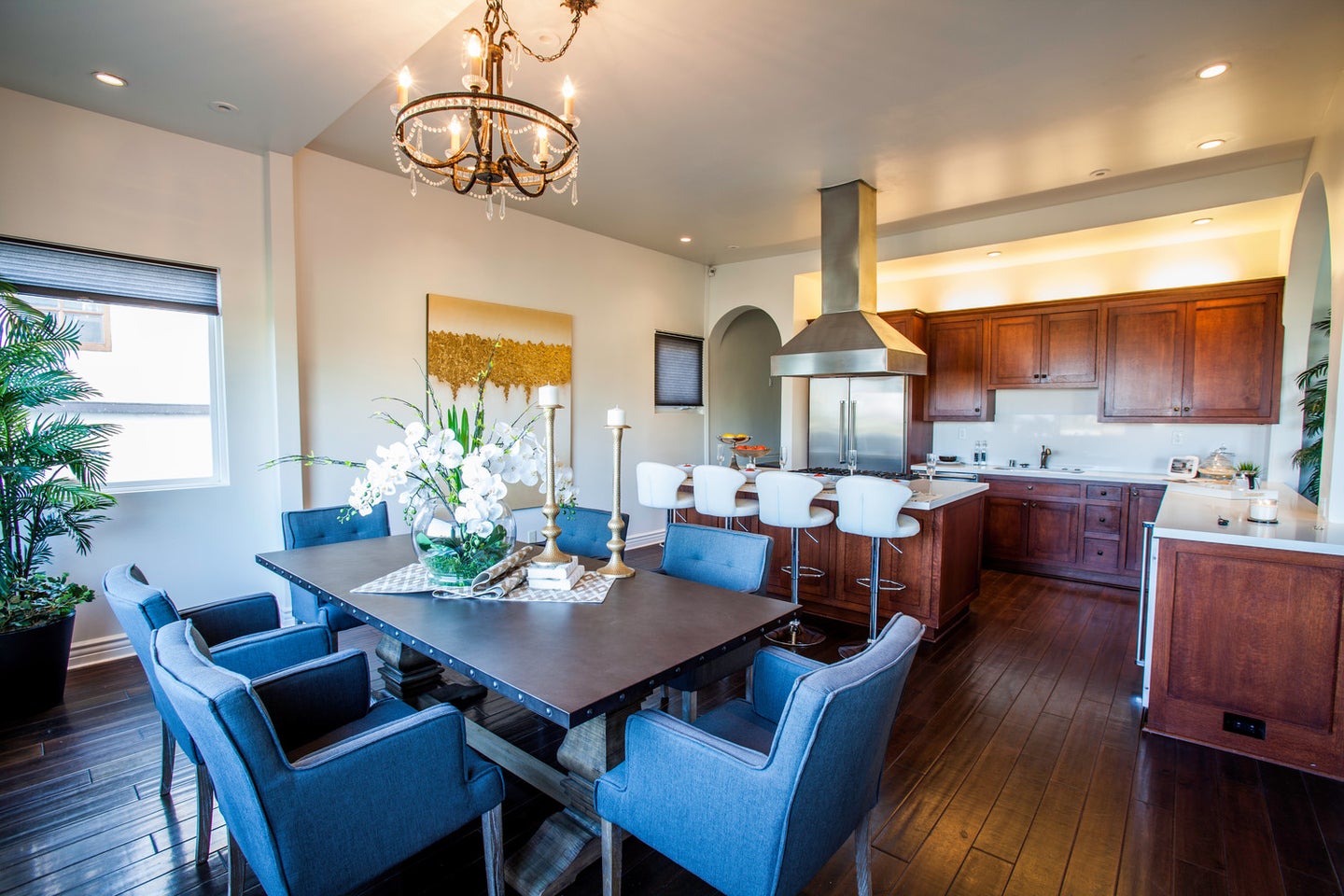 According to Curbed, Hargitay and her costar hubby Peter Hermann had purchased the three-level abode —for less than half of the asking price.

A double-story entryway opens to lofty living area with oversized windows and arched doorways, while the sunroom features French doors and vaulted ceilings.

A connected guesthouse (with a separate entrance) also offers another bedroom, kitchen, bathroom, and office.

There’s even an indoor movie theater that comes complete with surround sound, leather recliners, and a popcorn machine!

There’s also a massive entertaining patio, kidney-shaped pool—with a lion head fountain, no less—and cabana out back. We’re guessing if the couple’s hit television series weren’t based in New York City, they would’ve held on to this charming vacation home for a whole lot longer.