This Icelandic Artist Created the Most Magical Vacation Home

Bonus: You can rent it on Airbnb. 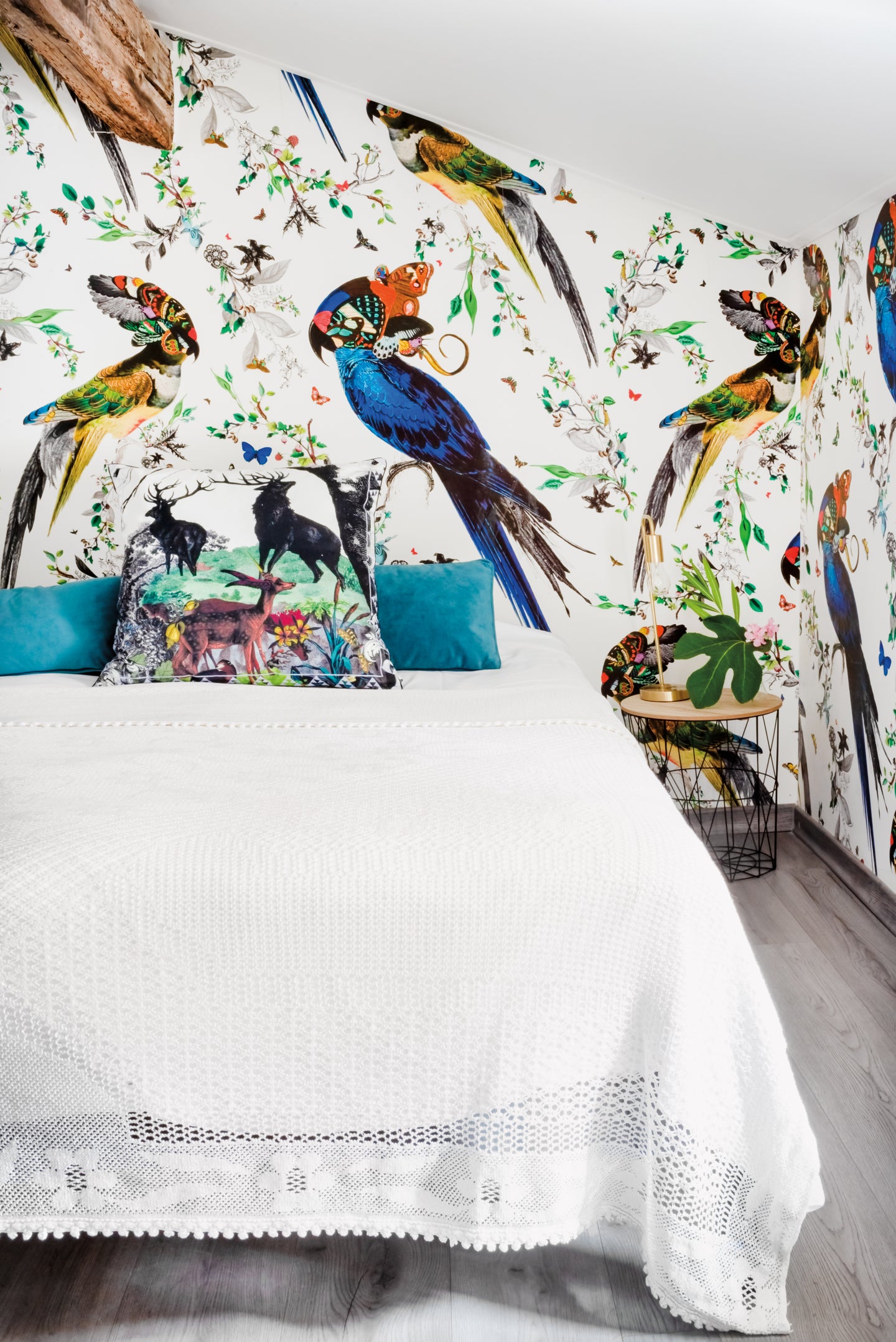 This story originally appeared in the Summer 2019 issue of Domino, titled “A Magical Menagerie.” Subscribe to be the first to receive each issue.On the hour, every hour, the church bells chime in the sleepy town of Tourouzelle in the South of France—then ring a second time as a reminder. “So at midnight, 24 bongs reverberate through the house!” says Kristjana S. Williams, who bought a three-story holiday home in the village in 2017 (which she now rents on Airbnb). “It was just one of the many quirks that have bewitched me about this house and its location.” A hugely successful artist—recent projects include creating the artwork for Coldplay’s live album and collaborating on an immersive exhibition with British fashion designer Paul Smith—Williams also launched an interiors collection of wall coverings, furniture, and home accessories in 2012. She describes her family’s townhouse in West London—a sleek, industrial space with concrete ceilings, where she lives with her partner, music executive Adam Bushell, and children Isol (7) and Eidar (9)—as “quite restrained” in contrast to her illustrations, featuring fantastical animals and landscapes. “I wanted a place where I could let loose with my prints.”

The search for a property began when she was working in Barcelona and started exploring the nearby Languedoc-Roussillon area of France. “You have the Pyrenees as a backdrop and all these stunning vineyards, lakes, and medieval cities,” says Williams, who was charmed by the laid-back village life. “Lots of artists have relocated there, and if you look inland, the prices are really reasonable.”

Her travels led her to a 17th-century stone house that had sat empty for years. “I think it was hard for people to see the potential. It has all these small rooms, some of which seem to have no particular purpose,” explains Williams. “But I loved the maze-like feeling of the floor plan and the abundance of character—from the original terracotta checkered tiles to the walled garden.” There was no question she would make an offer: “I’d been dreaming about this project for so long, and it had everything I needed to make it a reality.”

As soon as the paperwork was complete, the artist spent a number of happy hours envisioning her vibrant aesthetic with the house as muse. One of the many striking elements: A series of wall murals she designed specifically for the space, including a 13-foot tropical landscape populated with palms and plumed ostriches, and an array of botanical and wildlife drawings that “work beautifully with the high ceilings.” In the bedrooms, her lush, detailed wallpapers draw the eye away from the smaller square footage and sloping roofs for an effect that is like stepping into an alternate Alice Through the Looking Glass universe.

“I’ve always loved Victorian natural history museums, especially the specimen trays,” says Williams, referencing in particular the grid of framed butterflies lining her living room wall. To furnish the home, she brought in favorite pieces from her collection and indulged her magpie eye with intriguing objets from local vintage markets. “We upcycled lots of the furniture we had inherited, too,” she says of the armoire in the sitting room, now painted lime green, and a solid oak dining table that’s had a duck-egg-blue makeover. (The muted palette is her trick for balancing bolder color moments.)

Mixed in with the old and well patinaed are functional finds from West Elm, H&M Home, and Ikea that seamlessly blend with the whole, such as brass curtain tiebacks from Anthropologie, used to mount a pair of antique carriage lamps scored in Carcassonne. Similarly, the home’s raw beauty was left mostly untouched. “We chose not to move any walls to respect the integrity of the space,” explains Williams. “But I realize now that I was very naive about the other big things that needed addressing, like the plumbing and electrical wiring. They took more time and money than I would have liked!”

The payoff, however, is a cabinet of curiosities come to life, with something new and interesting everywhere you look—which extends all the way outdoors. The walled garden “feels like an extra room,” says Williams, who discovered a pair of golden fig trees that produce bushels of the sweet yellow fruit in the summer. “We had so many we didn’t know what to do with them! Coming from Iceland, such organic abundance is miraculous to me. It’s as if the house itself is a force of nature.”