Cluttered Kitchen Counters Are a Non-Issue With This Clever Feature 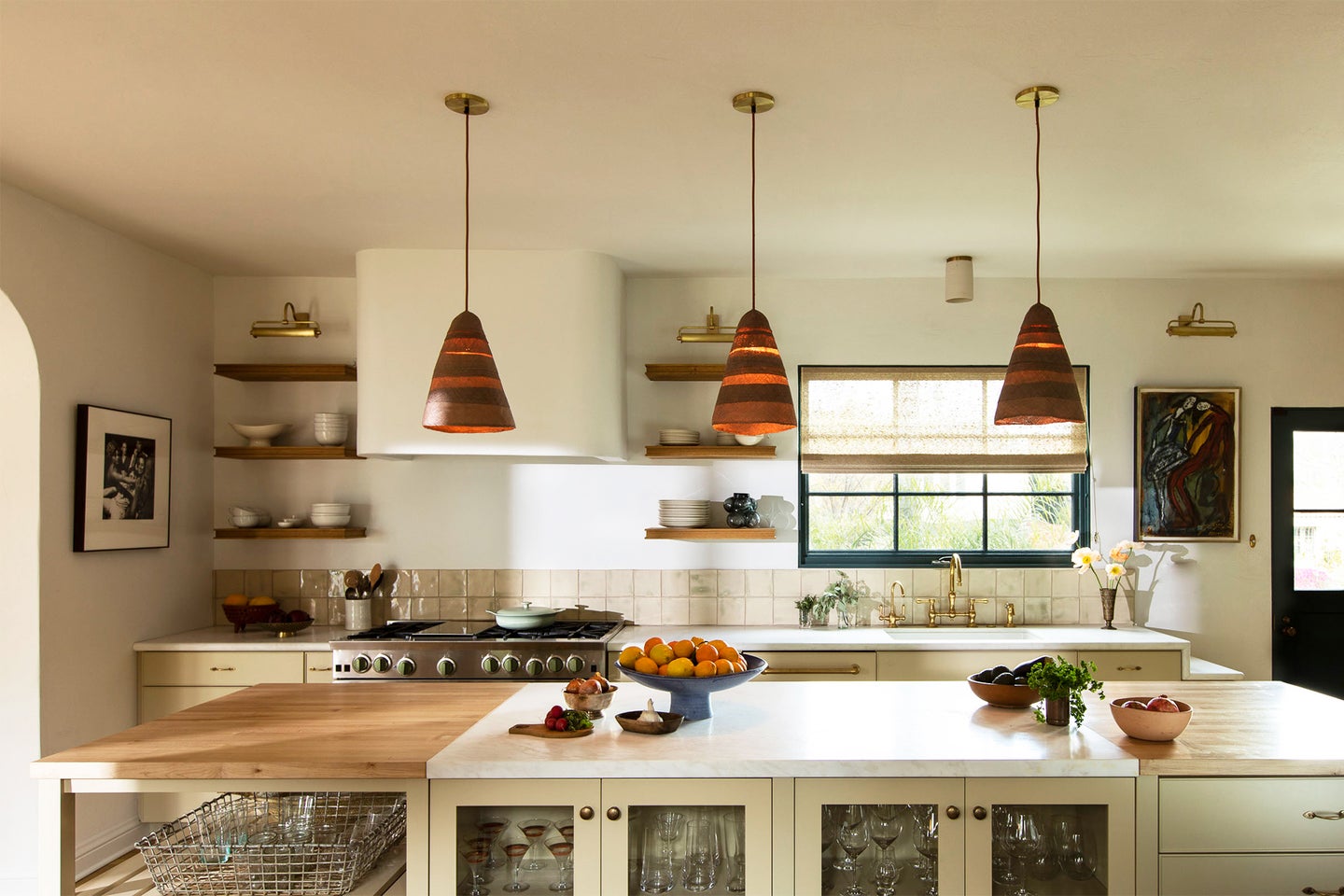 Why is kitchen clutter never made up of just the stuff you cook with? Inevitably, all the items that are meant to pass through the space—mail, keys, sunglasses—end up in one big pile on the counter. We might not be able to break this bad habit, but we can at least stop the mess from spreading—designer Frances Merrill, founder of Reath Design, knows how.

The idea to drop the last foot of the kitchen counter in her project in Los Angeles’s Holmby Hills came partly from fear: Merrill didn’t want to see items get lost to the sink drain. “We were worried about how close it is to the back door,” she says. A stone fabricator cut the honed Namibia White marble into two separate pieces—one little slab for the drop-off, one for the ledge—no problem. Merrill doesn’t recall the price of the tweak being significant, but she does note that a dramatic change in countertop height like this requires a custom-size cabinet box below.

Like the rest of the timeless finishes in this Spanish-revival kitchen (brass faucets, glazed ceramic tiles, plum linen sink skirts), the overhang looks like it could have been there for decades. And not only does the bluff stop bills and receipts in their tracks, the platform makes it easier to grab things when you’re heading out the door. Treat it however you like—a perch for your bag, a catchall for your coat—the clever addition defies disorder.

See more stories like this:  This Countertop Was Just Dubbed the Worst Kitchen Trend of the Past 50 Years Kitchen Remodels Won’t Include This Feature for Much Longer 11 Shaker Kitchen Cabinets That Live Up to Their No-Fuss Names