11 ingredients you can replace with pumpkin

how to substitute pumpkin for cheese, tahini, and more! 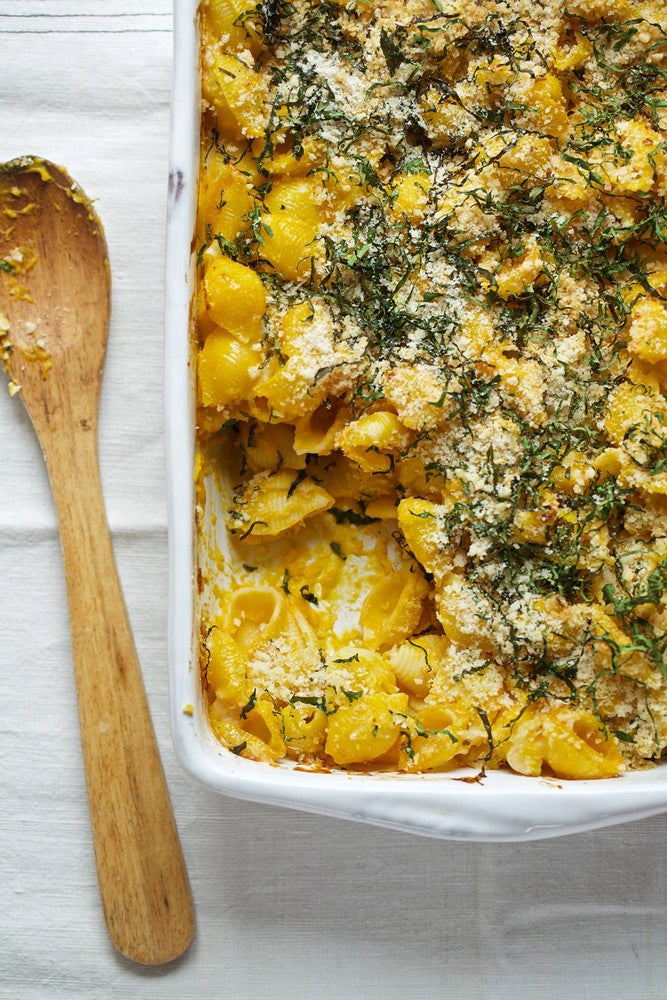 We’re all for making substitutions here and there, especially when it comes to healthier alternatives. When baking or cooking, we often tend to come across an ingredient we either don’t have or can’t eat due to a dietary restriction or taste aversion. Here, we’re looking to the season’s signature produce – pumpkins – for a little inspiration on delicious ingredient substitutions.

When store-bought pumpkin puree is not available, make your own! Slice a baking in pumpkin half  – opt for the smaller variety, as they tend to have a deeper flavor – and set each half on a baking sheet. Lightly sprinkle with salt, and roast for 45 minutes on 375F. Once the pumpkin halves have cooled, peel off the skin, and put the filling into a food processor. Blend the pumpkin filling with a teaspoon of water, adding more as needed to achieve a smooth consistency.

Substitute pumpkin for recipes that would normally call for butter, by using 3/4 cup of pumpkin puree to 1 cup of butter instead.

These flourless pumpkin bars, composed of almond butter come grain-free, gluten-free, and low carb. In lieu of butter, pumpkin puree acts as the star flavor note, and when paired with the syrup, as a binding ingredient.

Get the recipe on Ambitious Kitchen.

Pumpkin puree instead of cheese? You better believe it! The next time you’re whipping up your favorite bowl of mac and cheese, substitute in pumpkin puree for about half of what the recipe would call for the cheese. Take it a step further by adding in roasted pumpkin or squash cubes for a delicious, seasonal twist!

See more on Shape and get the recipe for this indulgent, pumpkin macaroni and cheese on Candice Kumai.

Guilt-free pancakes and pumpkin puree pretty much go hand-in-hand. Because of the pumpkin’s natural sweetness and bold flavor, it makes for an easy substitution for sugar and butter.

Featuring less ingredients than a typical pancake recipe, the pumpkin puree in this 3-ingredient paleo version, doubles as the main flavor element, which adds moisture to the dish.

Get the recipe on Paleo Grubs.

Much like pancake batter, pumpkin puree also makes for a great addition to vegan waffles (substituting in as the dairy component of the recipe), especially the pumpkin spice latte variety. You won’t want to miss this one.

Get the recipe on Minimalist Baker.

Think of pumpkins as a more healthy and less carb-filled alternative to potatoes. Roast a pumpkin in the oven, as you would potatoes, and cube it post cooking. Alternatively, sauté the cubes over medium heat with spices and herbs, for a healthy side dish.

Recreate this breakfast classic with roasted pumpkin instead of the potatoes! Get the recipe on Modern Granola.

Retire the Nutella or peanut butter for the season, and instead opt for a sweet pumpkin butter spread instead! This slow-cooker version features bold notes of apple cider, brown sugar, and pumpkin spice.

Get the recipe on Jelly Toast Blog.

This cheesy pumpkin spread only requires three ingredients, and might just give your go-to breakfast spread a run for its money. Slather it on a piece of toast and savor with a morning coffee.

Get the recipe on Days of Camille.

Ice cream comes healthier in form, sans the dairy, when pumpkin puree is substituted in. Coupled with frozen bananas and a hint of maple syrup, for a sweet note, this easy-to-make ice cream recipe is definitely one to try. That means we can have double servings, right?

Get the scoop (ahem) on The Gracious Pantry.

A much healthier alternative to greasy french fries, pumpkin pairs with cinnamon, salt, and a hint of garlic powder, resulting in one seriously delicious side.

Get the recipe on 12 Tomatoes.

Yes, it’s a stretch, but we’re all for swapping out this summer classic in favor of a more seasonally-appropriate ingredient. Line a piece of toast with crumbled feta cheese and roasted pumpkin cubes, and drizzle with a little balsamic glaze. Yep, our mouthes just watered too.

Get the recipe on Diane Kochilas.

Pumpkin-flavored hummus? Consider us intrigued. Sub in pumpkin puree in place of tahini (a sesame paste used to create hummus) and pair with fresh lemon juice, garlic, and a hint of cayenne.

Get the recipe on Food and Wine.